The Subtle Brilliance of Za’Darius Smith and Ed Donatell 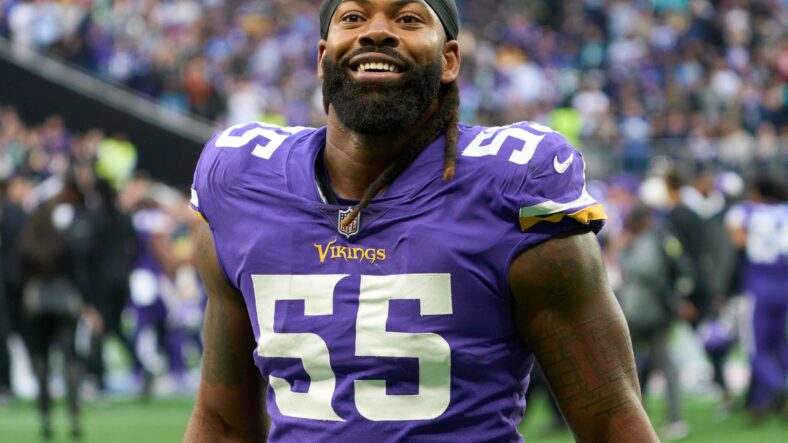 It’s safe to say that things have been going reasonably well for Za’Darius Smith and Ed Donatell. Both are newcomers in 2022. Both are having a sizable impact when it comes to Minnesota’s recent success.

Smith has been receiving a lot of attention because of his exemplary play. Last month, the edge rusher won the NFC Defensive Player of the Month Award. It was a well-earned bit of recognition for the former Packer. Credit to the veteran for finding a way to be so productive even as he climbs into his 30s. He now stands at 9.5 sacks, a large number when we remember that only 10 games have been played.

At present, Smith has an 88.8 pass rush grade on PFF. That’s the 4th-best number among edge rushers, which is further indication that he has been playing excellently. What we mustn’t forget, though, is that Za’Darius Smith and Ed Donatell have been helping each other.

The veteran defensive coordinator has wisely been allowing his star edge rusher to create havoc from different areas on the field. We’ve seen this at various points in the season, such as when Smith has begun plays over the center. Take a look at what I mean:

Against Buffalo, Za’Darius Smith and Ed Donatell continued their pass rush shenanigans. On the third play for the defense – a 3rd & 8 for the Bills – Buffalo had to call a timeout. Smith was lined up as a middle linebacker. Donatell even had him a few yards off the line of scrimmage. That led to plenty of pointing from the Buffalo offensive line and QB. They were trying to decipher what they were seeing, allocating certain blockers to certain defenders.

Unfortunately for Buffalo, they couldn’t crack the code fast enough. They burned a timeout to ensure Smith didn’t totally ruin their play. It was a subtle move that helped give the Vikings a bit of an edge. Savvy design from Donatell.

And, to be clear, I’m not trying to suggest that Smith can’t get it done off the edge. Neither am I insisting that Donatell doesn’t allow him to rush from the edge. We’ve seen plenty of evidence to insist that Smith is still more than capable of winning his reps along the edge. Take a look:

As you can see, the sack occurs at a critical moment. It’s 3rd & 1 from the middle of the field, so sacking Josh Allen is hugely important. Smith is capable of succeeding from different areas along the line. Donatell, in turn, lets his pass rusher go to different spots on the line.

Going into the game, Smith is questionable to play. That being said, I expect him to be out there. He is an integral part of the defense and has shown good resilience this season.

The upcoming Dallas game will probably end up being a close one. Something that’s notable, though, is that the Cowboys offensive line isn’t as intimidating as in recent seasons. PFF puts them at 13th overall, a relatively modest spot given the strength of some of their recent OLs. From what I can see, Smith and Hunter ought to have the edge on Tyler Smith and Terence Steele, the two starting OTs for Dallas.

In all likelihood, Za’Darius Smith and Ed Donatell are going to continue getting themselves into good matchups. Why force Smith to wrestle with a great offensive tackle when he can have an advantage over an interior lineman? The ability to generate pressure on Dak Prescott will go a long way in ensuring the Vikings come out on top in Week 11.

Look for the DC to find ways for his star pass rusher to find opportunities to create pressure. 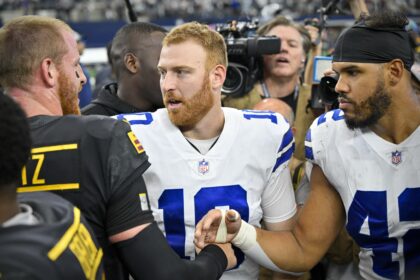