Upward and Onward for Darrisaw and Barr 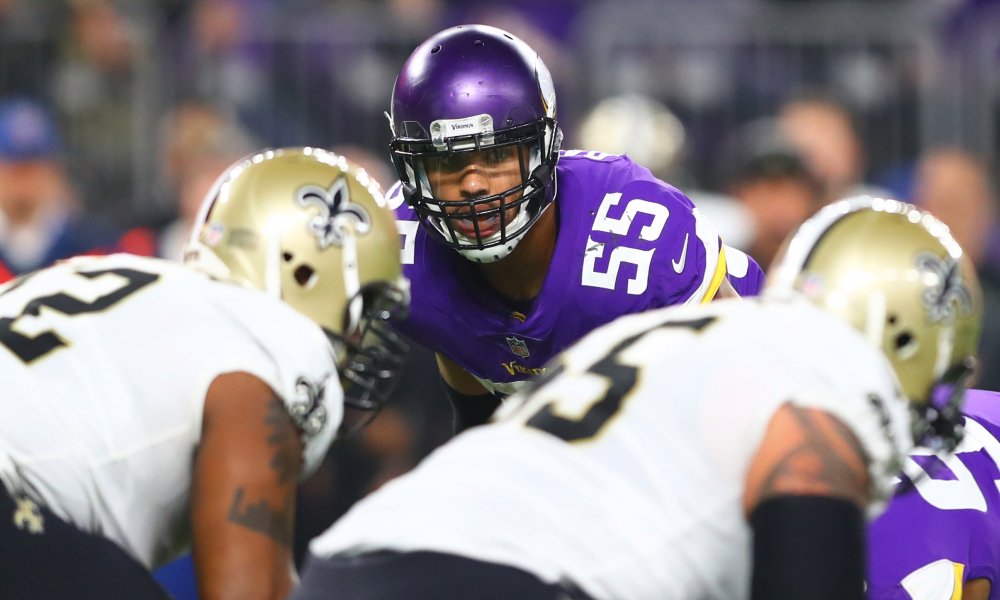 There has been much wailing and gnashing of teeth when it comes to Christian Darrisaw and Anthony Barr. Our collective heartache surrounding the OL and then last season’s “tweak” that resulted in a certain defensive stud missing the entire year will do that to a fan base. Thankfully, it doesn’t look like Darrisaw or Barr will be out for long. In fact, the exact opposite appears to be the case.

Let’s begin with our rookie LT.

Darrisaw saw his first NFL action during our disappointing loss to the Browns. As our front five were getting bullied, Darrisaw was on the sideline in pads. The lone exception was on an extra point attempt, meaning he therefore has one snap in his NFL career. It isn’t much to see, but here’s a video in case it’s of interest:

Rashod Hill had an awful day against Cleveland’s defensive line (in his defense, the Browns have legit talent at DL). The sooner Darrisaw shows that he’s fully ready, the better it’ll be for our offense. Here is how PFF put it in their recent piece assessing every first-round pick: “Darrisaw has yet to feature for the Vikings while dealing with a lingering injury, but he was active for the first time against the Browns. With left tackle Rashod Hill surrendering 10 total pressures and being completely overmatched in the game, it’s just a matter of time before Darrisaw gets a chance.”

The expectation is that Barr will play against the Lions:

Barr has a unique ability, which the coaches recognize. He is strong against the pass and run, allowing for easier matchups for the rest of the front seven. He demands a lot attention from opposing offenses because he’s capable of doing so much, so I expect the Vikings to take a noticeable step forward when he’s out there.

Of course, this week’s game features the Lions, a team that has no business giving us problems. It shouldn’t matter how many knees Campbell gets them to bite, and nor should it matter how bad the referees are. Minnesota should completely overwhelm the Lions (with a hearty emphasis on the word “should”).

Having Darrisaw and Barr back will hopefully spark a mini winning streak as we march toward our Week 7 bye.