The NFC Offensive Player of the Month? Mr. Justin Jefferson

Justin Jefferson has been playing incredibly well (words I’ve typed before). The NFL has acknowledged that excellence by giving him the NFC Offensive Player of the Month Award.

Minnesota played 4 games in November. They defeated the Commanders, Bills, and Patriots, which is no small feat. All 3 are strong teams, especially the Bills. The lone blemish occurred when the Cowboys came to town. They put together a dominant win, a 40-3 effort that featured one of Jefferson’s worst games of the year. He had a mere 3 catches for 33 yards.

Take a look at his other three games:

Add it all together and we’ve got a month where Minnesota’s WR1 piled up 29 catches, 480 yards, and 3 TDs. The 16.5 yards-per-reception average is excellent, especially when we consider that the offense gets the ball to Justin Jefferson in a variety of ways. He gets targets in the short, intermediate, and deep areas of the field.

The latest injury report suggests that Justin Jefferson is heading into the final third of the season at full health. That’s a good thing. Minnesota is looking to snag the top spot in the NFC, a position that would give them an edge in the playoffs. To overcome the Eagles, the Vikings would likely need to win at least 4 of their next 6 games, but maybe even more. In other words, the team will need to keep playing at a high level.

Jefferson is undoubtedly this team’s best player. He ought to be an All Pro at the end of the year, and his November award further bolsters his case. Look for him to be similarly dominant as we roll into December.

In October, Za’Darius Smith won the NFC Defensive Player of the Month Award. Perhaps we’ll see a different Viking step up in December. 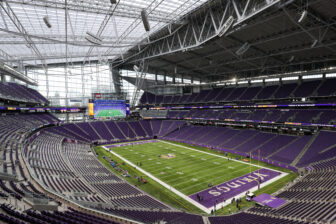