Houston Simply Wanted Too Much for Brandin Cooks

Before the Minnesota Vikings ultimately made their move to trade for tight end T.J. Hockenson, they were in the running to acquire a number of other players. One of the more notable such players was wide receiver Brandin Cooks. However, as the deadline came and passed, it became clear that Houston simply wanted too much for their veteran receiver.

This seemed like a plausible trade for Minnesota due to a couple reasons. First and foremost, the Vikings needed a consistent target opposite of Justin Jefferson. KJ Osborn and Adam Thielen have each had their moments, but they have not been nearly as consistent as they were a season ago.

It seemed like this would be a great deadline for Houston to be sellers as well. They sat at 1-5-1 at the trade deadline with a Thursday night matchup against the undefeated Philadelphia Eagles looming. Why not unload some veteran players to acquire as many draft picks as possible?

Well, as it turns out, the Texans demanded a king’s ransom for Cooks, far more than what the Vikings paid for Hockenson. Not only did Houston want a second-round pick for the 29-year-old receiver, but they also wanted a fourth rounder on top of that. Even further, they wanted whoever traded for him to take on all of his remaining money, including the $18 million salary in 2023.

The pair of picks was enough to be a turn-off for many teams in the supposed running for Cooks. However, Houston’s unwillingness to pay the receiver’s salary makes very little sense. Assuming the salary cap is $225 million, Over the Cap suggests that the Texans have over $48 million in space even with Cooks on their payroll. This is the seventh-most in the NFL.

Seeing as the Texans have an underwhelming roster moving forward and are in the midst of a rebuild, it makes very little sense that they’d want to save money for the 2023 offseason. If Houston would have been willing to pay at least part of Cooks’ salary, the two picks become a much more feasible price.

Making matters worse, Cooks obviously was not happy about not being dealt. He sat out Thursday’s game against the Eagles and posted multiple cryptic tweets throughout the week, including this one:

Of course, Cooks is not necessarily someone to feel sorry for in this situation. The wide receiver signed a two-year extension with the team in April rather than hitting free agency at the end of the 2022 season. He makes a total of $39.764 million over the course of those two seasons. If he truly wanted out of Houston, the option was there to hit free agency.

Since these tumultuous couple days, Cooks has returned to the team and appears ready to play out the remainder of this season. However, this sequence of events should clearly show why the Vikings opted not to make a trade to acquire the veteran receiver. Fans of the purple team should be ecstatic about the decisions their team decided to make this week. 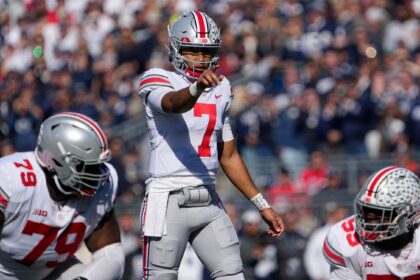