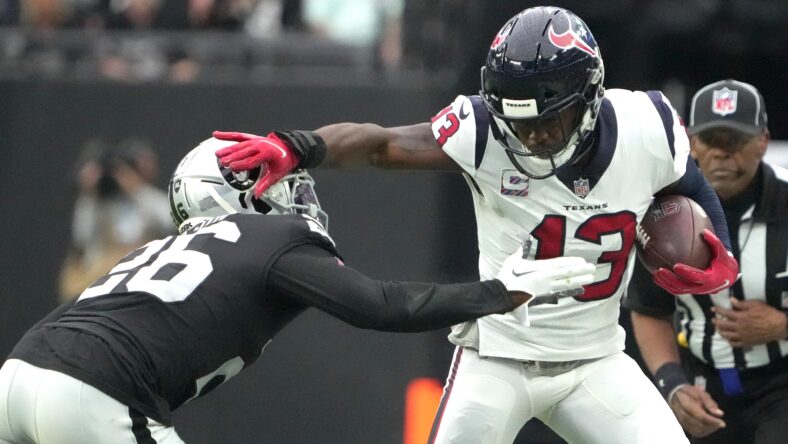 Throughout the past few weeks, the Minnesota Vikings have been connected to multiple wide receivers as the trade deadline approaches. Most notably, the Vikings are apparently one of four teams that have inquired about Texans WR Brandin Cooks. And now, with the deadline just hours away, the Texans WR stirs the pot of trade rumors.

Apparently, Cooks searched “Brandin Cooks Vikings trade” on Twitter because over the past 24 hours, the wide receiver has liked multiple tweets suggesting that the Vikings should trade for the receiver.

Cooks would undoubtedly make the Vikings offense a juggernaut in the league as he’s quietly been one of the NFL’s most consistent receivers over his career. In six of the seven seasons leading up to 2022, he recorded 1000+ receiving yards.

The receiver is also a much bigger downfield threat than either Adam Thielen or KJ Osborn. This would allow the Vikings to spread the field with he and Justin Jefferson on opposite sides. Additionally, in recent weeks, it appears that Thielen has been hampered by a leg injury.

Minnesota is missing an obvious WR2 in their offense, and Cooks is a logical fit. However, the biggest concern remains cap space, especially in 2023 and 2024. The Texans likely would pay much of Cook’s 2022 salary, as the Bears have done in their trades of Robert Quinn and Roquan Smith. However, the veteran receiver carries cap hits north of $24 million in each of the following two seasons.

With Minnesota needing to offer Justin Jefferson an extension this offseason, and a Christian Darrisaw extension likely in the 2024 offseason, Minnesota may not have the money available to pay all these players.

That said, if the Vikings feel that they truly are a wide receiver away from being a legitimate Super Bowl contender, they should probably pull the trigger on somebody. Especially considering their division rival Green Bay Packers are also in these sweepstakes, the Vikings could win this trade simply by keeping Cooks away from Aaron Rodgers.

The Vikings currently hold a 3.5-game lead over the Packers and Bears in the NFC North. That said, both offenses seem to be getting back on track, especially Green Bay and their dynamic duo at RB. Minnesota shouldn’t allow the Packers to gain any semblance of life heading into the second half of the regular season. 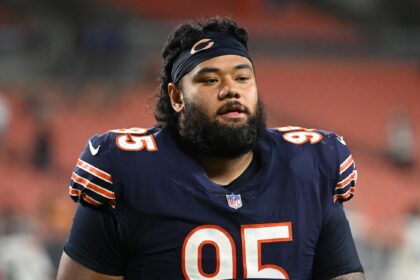 Also Read:
A Pair of Players Made Their Vikings Debuts This Week