The Vikings Have Competition from Rivals in WR Sweepstakes 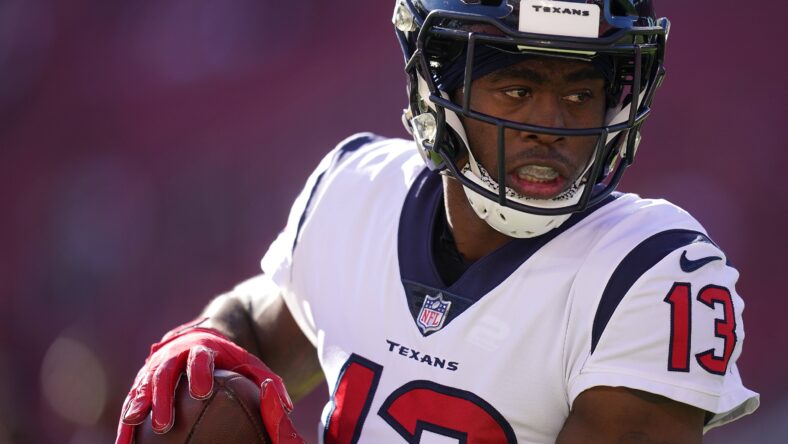 Over the past few days, a number of reports have emerged regarding the Minnesota Vikings pursuing another receiver to add to their offense at the trade deadline. Among the more compelling choices is Houston Texans WR Brandin Cooks. However, it appears the Vikings may have competition from some rivals in the WR sweepstakes.

Per Jordan Schultz of The Score, there are multiple teams that have reached out to the Texans regarding Cooks, including the Vikings. The other teams involved in the trade talks include the Los Angeles Rams, New York Giants, and Minnesota’s NFC North rivals, the Green Bay Packers.

Cooks is as steady a receiver as there is in the NFL, so it makes sense that there is an extraordinary amount of interest around him heading into this deadline. In six of the last seven seasons, the 29-year-old receiver has recorded 1000+ receiving yards. He’s also appeared in a pair of Super Bowls and has been a key contributor in numerous playoff runs.

It’s unquestionable that this type of talent could come into the Vikings locker room and make them an even bigger threat on the offensive side of the ball. However, it appears it’s going to be extremely tough to get him on the team with how much competition is going into this trade sweepstakes.

However, according to Schultz, Cooks only has desire to be moved to a contender. It could get interesting to see what the veteran receiver considers to be a contender at this point. Two of the four teams in the mix right now are the Super Bowl champion Rams who sit at 3-3 and the Green Bay Packers at 3-4.

Obviously, the Rams can’t be counted out as true contenders yet considering they still hold a playoff spot. However, with how dysfunctional things have been in Green Bay to start the year, it’s possible that Cooks may have eliminated the Packers from his list of contenders.

On the other hand, maybe he’s not quite convinced that the 6-1 New York Giants are contenders yet, or even the 5-1 Minnesota Vikings.

At any rate, the fact that there are a number of NFC teams, including the division rival Packers in the mix, that should increase the Vikings efforts to acquire the receiver. If Green Bay gets their hands on another competent receiver, it could very well be the answer towards turning their season around.

The Vikings hold a comfortable lead in the NFC North, including tiebreakers over each team, but a resurgence in a Packers offense with Aaron Rodgers could make this division a race once again. Minnesota should do everything in their power to avoid this occurrence.

Josh Frey is a Class of 2020 graduate of The College of Idaho with a bachelor’s degree in Creative Writing as well as minors in History, Human Biology, and Journalism. When he’s not writing about the NFL, Josh enjoys marathon training, playing video games, or rooting for the Milwaukee Brewers and Bucks. For more of his opinions, check out his Twitter account: @Freyed_Chicken.