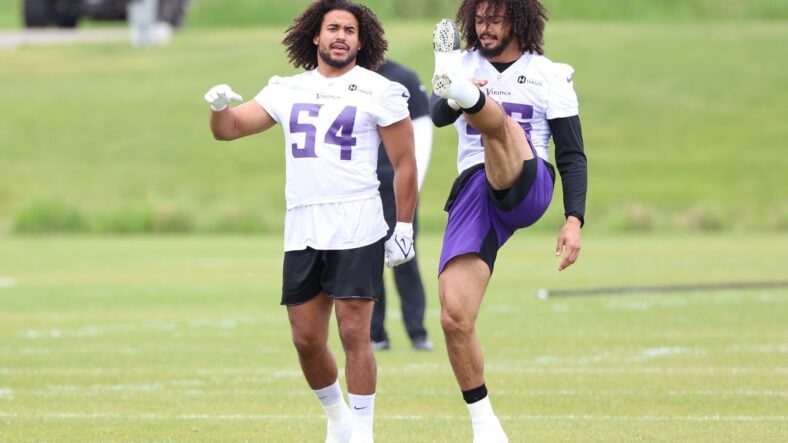 Last season didn’t go particularly well for the Vikings. One player who wasn’t as dominant as normal was Eric Kendricks, the 30-yard-old LB from UCLA.

Previously, Kendricks has ranked alongside the very best NFL linebackers. In 2019, he finished as the 2nd-best LB in the PFF rankings. He followed that strong 2019 performance with a 3rd overall ranking among LBs in 2020. His most recent grade, though, puts him at 37th on PFF. His 42.9 run defense score stands out since fans have grown accustomed to seeing the veteran make so many plays against the run.

Some of his other advanced stats took a hit. During his All Pro 2019 season, Kendricks only allowed 53.3% of passes to be completed in his coverage. He allowed a 74.1 completion percentage in 2021. It’s also notable that he was sent on blitzes 67 times, the highest number in the four years of data provided. He had 5 sacks but his hurries were down and his overall pressures were on par with seasons when he had less opportunity. He missed 15 tackles.

Ed Donatell is planning on getting more out of Eric Kendricks. A large part of Kendricks’s success comes from his speed; his ran a 4.61 forty. While he is older, Kendricks still plays faster than most linebackers. It allows him to squeeze through blockers for a TFL or hang with a RB down the field in pass coverage. The 3-4 scheme will ask Kendricks to really lean into his strengths. He’ll commonly be tasked with picking up a RB coming out of the backfield one-on-one.

Donatell, for his part, knows how important speed is at linebacker: “In today’s ball right now, there’s so much space. And everybody’s linebackers have gotta be able to run.” The veteran DC highlights Kendricks and rookie Brian Asamoah as strong examples: “To have these guys that can run — Eric — it really helps. We drafted Brian, he has really good speed, so it’s really good to have that for our defense.”

Eric Kendricks comes with the second-largest cap hit for the 2022 Vikings. Carrying more than $13.5 million on the cap is notable for an older middle linebacker. Nevertheless, he’s unique insofar as he’s one of very few MLBs who can actually live up to that hit. Indeed, he has the ability to make that a wise investment for Minnesota.

Minnesota didn’t bring in a ton of new talent during the offseason. The suggestion is that they’re anticipating that several of their vets will thrive under the new coaching staff. When he’s at his best, Kendricks is highly disruptive against both the run and pass. Kendricks will get a chance to show he’s back to his usual self when Aaron Rodgers, Aaron Jones, and the rest of the Packers offense comes to town in Week 1.