The following questions are about current Minnesota Vikings topics, answered by PurplePTSD. Today is the January 24th edition, addressed in a from-the-hip fashion. If you have questions, please email them to DustinBakerNFL@gmail.com.

Q: The Vikings only have four draft picks? Isn’t that bad?

A: It’s less than ideal, but Kwesi Adofo-Mensah has already shown his ability to trade like a fiend, so Vikings fans shouldn’t be too concerned with this one. He will get many more draft picks during the event. It’s seemingly guaranteed.

He traded future draft capital for Akayleb Evans, Jalen Reagor, and T.J. Hockenson. The cupboard has four picks as of now. We predict Adofo-Mensah will trade frequently during the draft and end up with 7 to 10 picks.

It’s the way the man likes to do business.

Q: Is the Vikings search for a defensive coordinator “slow” because they’re waiting for a San Francisco 49ers coordinator?

A: This is a wicked good theory considering Adofo-Mensah’s ties to the San Francisco 49ers organization.

He spent about six years in the front office with John Lynch and the 49ers. He could have his eye on someone like San Francisco’s safeties coach David Bullocks. And it would indeed be tricky to speak with him now as the 49ers play in the NFC Championship this weekend.

Otherwise, the Vikings have talked to (or will talk to) Sean Nielsen, Sean Desai, and Brian Flores. It is quite possible that coordinators from teams still in the hunt for a Lombardi could be on the menu, too, after the playoffs.

Q: What type of deal ($$$) are we thinking for T.J. Hockenson this offseason?

There’s no way that the Vikings don’t extend Hockenson. His performance in 2022 was incredible, and he often felt like a saving grace during games where Justin Jefferson was double and tripled teamed.

Hockenson will receive a chunky contract, and yes, that deal will likely get done in the next 2-3 months. 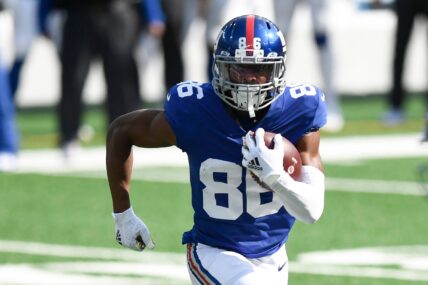