VikingsTerritory and PPTSD writers were asked to provide one bold offseason free-agent signing apiece for the Minnesota Vikings in 2023.

The franchise lost to the New York Giants last weekend, exiting the postseason tournament after winning the NFC North by a noteworthy margin. Accordingly, a change-filled offseason is afoot, and VikingsTerritory’s writers have free-agent prognostications.

Free agency begins on March 15th, so let this article serve as an early appetizer.

Minnesota should cut Hicks and use the $5 million savings to start negotiations with Edwards. Linebacker is a position where the Eagles have been reluctant to spend significant resources. Minnesota should make a move and secure a long-term partner next to Brian Asamoah.

The Vikings need a cornerback. Patrick Peterson may not be re-signed. Duke Shelley is a free agent, too, along with Chandon Sullivan. We don’t know if Cameron Dantzler can be a reliable starter, and the jury is still out on Andrew Booth.

Brown did tear his Achilles this year, so he could very well never be the same player again. The good thing, though, is that he should be affordable on the market. The Vikings should sign him to a cheap one-year deal and see what he can do.

One free agent that the Vikings should pursue in free agency is a player they just faced — WR Darius Slayton of the New York Giants.

The Vikings are in a precarious salary cap situation (which they can and will clear up), so a player like Slayton can improve the team without breaking the bank.

Slayton averaged 10.2 yards per target in 2022, far more than Adam Thielen (6.7) and KJ Osborn (7.2). The Vikings don’t need a worldbeater opposite of Justin Jefferson; they just need someone who can consistently make plays when the defense sells out for Jefferson.

The man will be expensive, and that is fine.

For too long, the Vikings insert “some dude” at Payne’s position — and hope for the best. The latest example was Jonathan Bullard, and guess what — he was just a dude.

Minnesota must force interior pressure on the defensive line instead of leaving all the pass-rushing work to Danielle Hunter and Za’Darius Smith, who may not even be with the team in 2023.

General manager Kwesi Adofo-Mensah will clear oodles of cap space in the next two months, and he should onboard Payne, who logged 11.5 sacks and played all 17 games. Let’s put the era of men like Bullard + Shamar Stephen at DT to bed.

Look, I get that the team needs to get younger, but the team also needs to generate more consistent pressure. Last offseason, I was on the record several times advocating for adding just one more pass rusher, another defensive weapon to get after the QB. Houston was someone I routinely mentioned.

For a mere $3.5 million, Houston provided Baltimore with 9.5 sacks, 7 TFLs, and 17 QB hits. He did so as a rotational pass rusher who only had a single start. The Vikings would be wise to restock the pass-rushing arsenal.

The Vikings should part ways with ineffective and expensive running back Dalvin Cook and rely on a committee of 2022 rookie Ty Chandler and a veteran free-agent signing.

Perine has played for the Bengals in the last three seasons as a backup for star runner Joe Mixon but has been effective whenever he was needed. He is a power back with receiving skills and would perfectly complement the speedy Chandler.

Deonte Harty is a guy who, through his first three NFL seasons, showed a ton of promise, but he was inexplicably being shut out of the Saints offense in 2022 before suffering a toe injury that ultimately ended his season.

An old, slow defense caused problems all year for the Vikings. After watching Hicks and Kendricks get torched by speedy RBs all year, I think Kwesi Adofo-Mensah looks to add a veteran with speed at LB to pair alongside Asamoah in 2023.

Pratt ranks 30th per Pro Football Focus and has a RAS score of 9.17. His 10- and 20-yard split scores were 8.54 and 9.09, respectively. This matches the “type” Adofo-Mensah and Kevin O’Connell sought in the draft last year.

With potential departures for Eric Kendricks and Jordan Hicks, the Vikings will need a replacement at middle linebacker in 2023. To establish a new defensive nucleus for 2023 and beyond, Kwesi-Adofo Mensah should look no further than Buffalo’s Tremaine Edmunds.

The 24-year-old already has 5 NFL seasons under his belt, 2 Pro Bowl appearances, and has starred as the green-sticker-wearing defensive captain for the Bills. A multi-year contract for a rangy, intelligent linebacker to pair with Asamoah is the next positive step in Minnesota’s defensive rebuild. 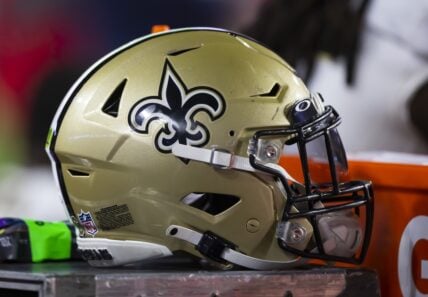