The following questions are about current Minnesota Vikings topics, answered by PurplePTSD. Today is the December 5th edition, addressed in a from-the-hip fashion. If you have questions, please email them to DustinBakerNFL@gmail.com.

Q: Should the Vikings take a peek at Baker Mayfield, now a free agent after his release by Carolina?

The Vikings already employ Nick Mullens as QB2, and he’s arguably more trustworthy than Mayfield, who has flamed out of Cleveland and Carolina.

There was smoke last offseason that the Vikings should trade for Mayfield to push Kirk Cousins for QB1 duties. Well, Mayfield was awful for the Panthers before they benched him. Thank God the Vikings did nothing of the sort trading draft capital for the former first-overall pick.

Q: How abnormal are all these close-game wins for the Vikings?

A: The close games are nothing new. The 2021 Vikings actually tied the NFL record for games decided by eight or fewer points — with 14 such games.

But the 2021 Vikings had a 6-8 (.428) record in those games. This year, the Vikings have played in nine games decided by eight or fewer points — and won them all.

Q: How much will the defense suffer with Akayleb Evans hurt again?

A: Evans is back in the NFL concussion protocol, meaning he’ll miss Week 14 at the Detroit Lions and perhaps the following game versus the Indianapolis Colts.

Like Christian Darrisaw’s back-to-back concussions, Minnesota’s coaching and training staff will be ultra-cautious with the rookie defender. And you should champion that.

In terms of Xs and Os, Cameron Dantzler is trending to return for Week 14, though. 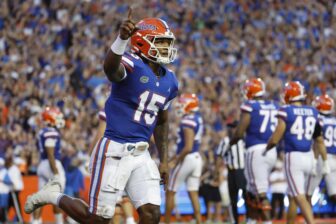