The Vikings Won’t Have Andrew Booth on MNF 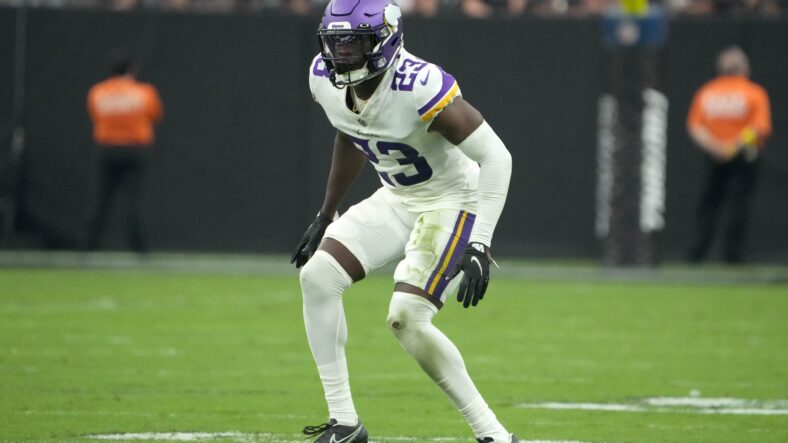 In a game where the Vikings need to have an “all hands on deck” mentality to stop Jalen Hurts, they will be without one of their rookie cornerbacks. After leaving Sunday’s win against the Packers early in the game with a quad injury, Andrew Booth Jr. has been a non-participant in practice throughout the week, and on Saturday, head coach Kevin O’Connell confirmed that the Vikings won’t have Booth against the Eagles on Monday Night Football.

Booth was drafted in the second round of the 2022 NFL Draft by Minnesota after playing three years of college ball at Clemson. He was considered by many to be a first-round talent, but the injury history going back to his high school days, including a sports hernia going into the draft, held him back from being picked that highly. Despite the history, O’Connell said that the latest quad injury doesn’t concern him because Booth is such a “twitchy” athlete, and some of these lower body injuries are simply par for the course with someone as explosive as Booth. If you want to watch all of O’Connell’s press conference from Saturday, it is linked down below.

Though the Vikings are down one rookie on Monday, they will get another one back in the form of first-round pick Lewis Cine. Cine missed the season opener against the Packers, but O’Connell expects him to be back for Monday night’s game in Philly. If O’Connell’s comments during the press conference are to be taken at face value, and we have no reason not to, Cine should spend most of his time playing special teams.

Booth’s snaps against the Packers came exclusively as a special teamer, so perhaps Cine jumps right into his spot for a week. Additionally, we may get to see some of these long-awaited three-safety sets on the defensive side of the ball. Jalen Hurts becomes an especially dangerous QB as a runner, and Minnesota could opt to use one of their safeties as a “spy” to follow Hurts’ every movement.

Finally, the subtraction of Booth from the lineup opens up more opportunity for Akayleb Evans on the Vikings defense. Evans played six defensive snaps on Sunday, all coming in relief of Cam Dantzler. The fourth-round pick clearly garners much respect from the Vikings organization as they traded up in the draft to select him. Without Booth in the lineup, Evans should see more playing time on Monday as well.

It’s certainly disappointing that we will go through two weeks without seeing two of the Vikings top picks on the defensive side of the ball take the field together. That said, if O’Connell believes that Booth will recover quickly from his injury, we shouldn’t be overly concerned. The new Vikings head coach has taken a much more straight-forward approach to announcing injuries than Mike Zimmer did (Danielle Hunter’s “tweak”). It’ll be much more useful to have Booth down the stretch of a run for the playoffs, and possibly the Super Bowl, than it is to have him in Week 2. Playing the long game is the much smarter choice. 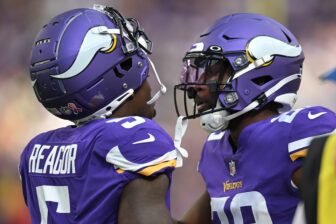