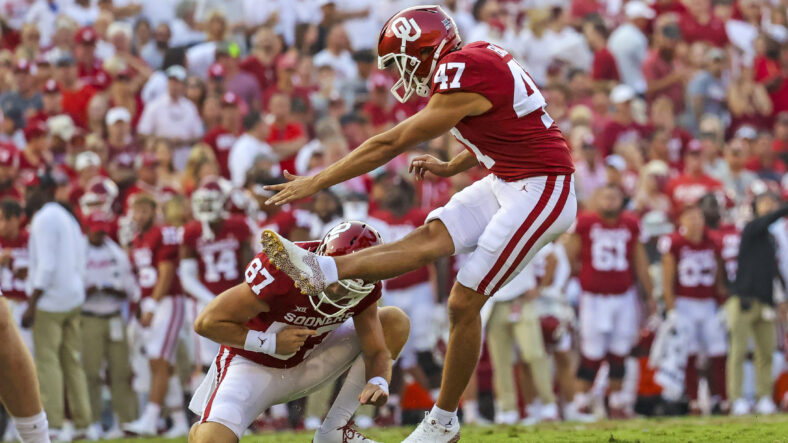 A few days ago, the Vikings decided to move on from Gabe Brkic. The young kicker was brought in to compete with Greg Joseph, but the reports were that he struggled. That reality hasn’t stopped the division-rival Packers from snagging Brkic.

Green Bay struggled on special teams last season. Former Raiders head coach Rich Bisaccia is now their special teams coordinator. Pro Football Talk speculates that a strong offseason from Gabe Brkic may result in a new kicker for Green Bay: “Crosby went 25-of-34 on field goals and 49-of-51 on extra points last season. If his accuracy continues to suffer over training camp and the preseason, Brkic could wind up doing the kicking in Green Bay this season.”

Truth be told, Brkic faces an uphill battle. Crosby did struggle last season, but he has a lot of years behind him. At some point, GB will need to find a new kicker, but it’ll be surprising if it’s Brkic. The kid struggled with accuracy his final couple seasons in college.

Overall, Green Bay is hoping for better special teams play in 2022. A new kicker has little to do with coverage units and the broader personnel on specials, but the overall goal for the Pack is for a significantly improved special teams. Their playoff loss featured notable special teams mistakes.

Gabe Brkic must have some upside. If he didn’t, teams wouldn’t be willing to give him a chance to compete. Perhaps he’ll find a role with Green Bay.