Ihmir Smith-Marsette is The Lead Candidate for Punt Return 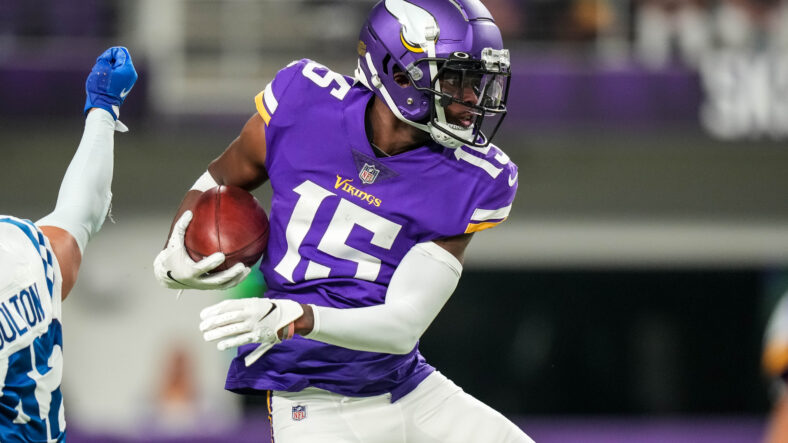 There were a lot of positives from Minnesota’s special teams in the Raiders game. I, like many others, thought that the kicking was crisp and the kickoff returns were impressive. One area of concern, though, was on punt return. In two opportunities on punt return, Ihmir Smith-Marsette had -4 yards.

Despite these humble beginnings, special teams coordinator Matt Daniels confirmed that the sophomore wide receiver remains the leader for the job:

Daniels explains that he’s encouraged about what he has seen: “I see a guy that’s starting to get a lot more confident back there.” He then notes that he’s hoping Smith-Marsette gets more opportunities to see how he tracks the ball, what kind of decisions he makes, and then how he catches.

“I see a guy in Ihmir,” Daniels says, “who is really starting to grow into the role, really starting to accept it. I think he really wants to be great. You can see that. He’s coming out early, pre-practice punts, trying to get as many balls off the foot as he can.”

If things go as expected, Smith-Marsette will have a job to do on offense. He’s competing for WR4 duties, a role that would allow him to get onto the field with greater regularity than last season. He showed some good potential in the final game of the 2021 regular season. Being able to build off that momentum by continuing to make plays in preaseason will further solidify his chances of snagging the WR4 spot.

Punt return, though, may end up being the most important responsibility for Ihmir Smith-Marsette.

The first and most important thing a punt returner needs to do is catch the ball cleanly. The defense works hard to force a punt, so a fumble can be very discouraging. Securing the football is vitally important.

Ideally, the returner can also create some gains after making the catch. Last season, he returned kickoffs four times. He didn’t get any chances as a punt returner. His college years provide a similar background. He did some really good things as a kickoff returner but didn’t see any action as a punt returner.

Minnesota’s plan is to turn Ihmir Smith-Marsette into a great player for their punt return. Every football coach wants to find ways to get the football into the hands of the skilled players. Using the talented, young receiver on special teams thus makes a lot of sense.