A Future Vikings Opponent May Bench Their Starting QB 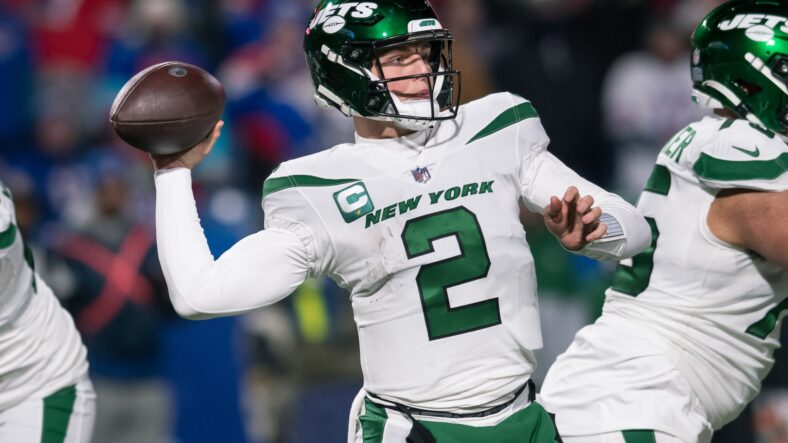 The Minnesota Vikings are set to play host to the New York Jets on December 4th as part of the Week 13 slate of games. Kickoff is set for 12:00 PM CST, but there are rumblings that this game could be flexed to Sunday Night Football.

Those aren’t the only rumblings surrounding this game and the future Vikings opponent, though. Head coach Robert Salah wouldn’t commit to current starting QB Zach Wilson in Week 12 after New York’s 10-3 loss to the New England Patriots in Week 11.

This noncommittal approach from Salah is understandable due to the performance as well as Wilson’s lack of accountability following the loss. When asked if he had let down his defense, Wilson quickly responded with “no”, and apparently, his attitude in the locker room rubbed some his teammates the wrong way.

It certainly is baffling that Wilson refused to take responsibility for the struggling Jets offense. This most recent game had Wilson completing just 9-of-22 passes for 77 yards. The Jets punted 10 times during the day, meaning they had more punts than Wilson had completions. To sum it up: that’s not good, Chief.

Since he’s come back from injury, the Jets have scored more than 25 points just twice in seven games. Wilson has passed for 200 yards just three times. On the season, he’s completing 55% of his passes, for 1279 yards, 4 TDs, and 5 INTs. In just three games, Joe Flacco has more TD passes (5) than Wilson so far this year.

For a player that was selected No. 2 overall, this simply isn’t good enough. In his 20 career games, Wilson has just four with multiple passing TDs. He’s thrown for more interceptions than touchdowns, and the Jets are 8-12 with him, and the wins are largely because of their defense.

When the Jets score 20+ points with Wilson as their QB, the team has gone 7-3. When they score under 20 points, they are 1-9. It seems like the blueprint is there for the Vikings to have success if Wilson ends up playing. Hold them under 20 points, and Minnesota will probably win.

We’ll see if it is Flacco or Wilson as the QB in a few short weeks when the two teams face off. 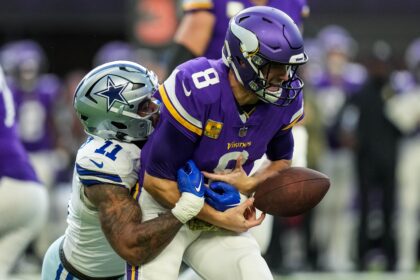