It May Be Now or Never for J.C. Tretter and The Vikings 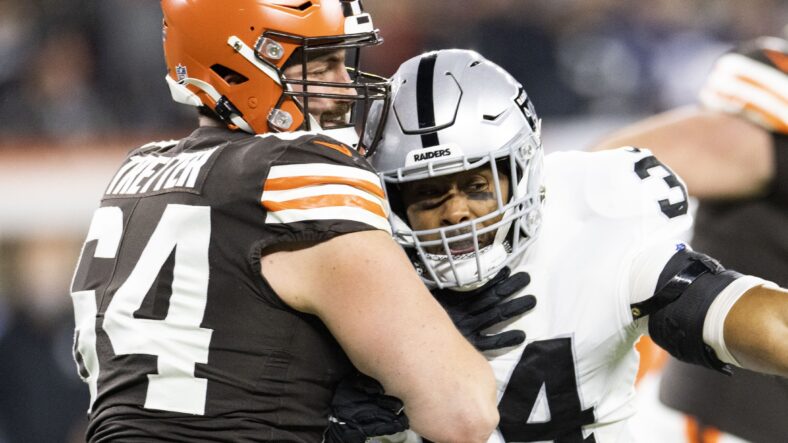 Recent days have brought unfortunate news for the Browns at center. After moving on from J.C. Tretter, Cleveland planned to roll with Nick Harris. After he got hurt, the team turned toward Dawson Deaton, but he will also miss the upcoming season. There have been a lot of rumors linking the Vikings to J.C. Tretter, but one wonders if Cleveland will look the bring their center back.

Take a look at the report from PFT:

The Browns are hurting at center.

They lost starting center Nick Harris to a season-ending injury on the second play of the preseason opener. Three days later, rookie center Dawson Deaton was carted off the practice field with a knee injury.

The piece goes on to highlight a couple other players who could be Cleveland’s center, but one wonders if they’ll look toward the veteran Tretter. The Vikings have long been discussed as a potential destination for Tretter. However, the news coming out of Cleveland may mean the Browns will look to bring him back.

Recently, there has been a fair amount of discussion about Garrett Bradbury needing to earn the starting spot. Austin Schlottmann is the main backup. Chris Reed has also gotten some snaps at center. The increased competition points to Minnesota’s desire to ensure the center spot is as strong as possible.

With more than $10.4 million in cap space, the Vikings do have some money to spend. That’s a number that could increase through cuts, trades, and/or restructures. Even if it stays as is, it’s plausible that it’s enough room to sign Tretter. In 5 seasons with the Browns, Tretter had an $8.41 million average yearly cap hit, per Over the Cap. Perhaps he’s looking for a number close to that amount. If that’s the case, the Vikings would likely feel compelled to do some salary cap gymnastics to make a deal work (that is, if they have interest in a deal).

If there is the desire to bring Tretter in, GM Kwesi Adofo-Mensah may need to put together a contract soon. The Browns are looking to compete in 2022 and their top 2 centers are out for the entire season. That reality could prompt Cleveland to bring Tretter back, thus eliminating Minnesota’s chance at signing the veteran.