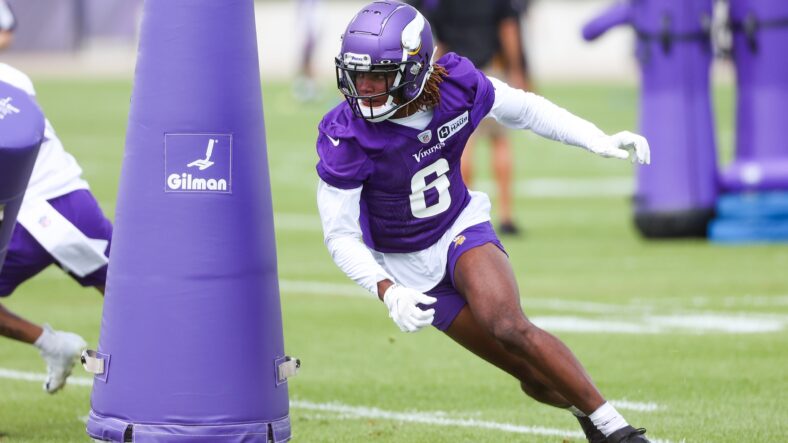 After a disappointing week 2 loss to the Eagles, the Vikings need to be thinking about the Lions in week 3. A top consideration is how to improve the defense – one possible answer is to get Lewis Cine more defensive snaps.

Cine and His Rookie Debut

The 6’1” 200 lb fiery, young, strong safety out of the University of Georgia was the first-round draft pick (32 overall) in 2022 for the Minnesota Vikings. Fans have been excited about seeing his regular season debut as he had an overall solid performance in preseason.

However, Cine missed the season opener against the Green Bay Packers with a knee contusion.

Once word was announced he would play Week 2, speculation began about how many snaps he would see. Fans all over Skol Nation waited eagerly to see the phenom perform and many were surprised when he played only one snap on defense.

Cine did play 15 snaps on special teams on Monday. This felt a little surprising given that the defense, particularly the safeties, weren’t playing lights out in the first half. This lack of defensive action has left people wondering the reason.

Prior to the start of the game against the Eagles, coaches said that Cine would have a significant role on special teams and implied that he would use that as a springboard to more time on defense; using special teams as a proving ground. While that isn’t necessarily unusual what was unusual was that Josh Metellus subbed in for Harrison over Cine.

The defense against the Eagles did make significant adjustments at halftime. To start the game they were getting gashed by the Eagles and Hurts. They adjusted and managed to stop the Eagles from scoring in the second half. They did not blitz until midway into the 3rd quarter, which left them with 5 blitzes on 39 dropbacks.

The Vikings play more of traditional zone defense, and Hurts was able to pick it apart and exploit the seams. The original goal was to shut down the dual-threat capability that Hurts brings, but this defense just allowed the Eagles to put up points.

During that game the safeties had some of the lowest PFF scores of the night – Harrison Smith had a 41.1 and Bynum had a 35.9. Bynum had poor reads all night and was blamed for the Watkins touchdown. Bynum also allowed a perfect passer rating on his 3 targets. Now, Smith is on the injury report with a concussion heading into Week 3 and may not even play.

When faced with such inconsistency why not take a chance on Cine? It seems unlikely that it is due to his knee not being fully healed when the work that is expected on special teams is often more aggressive than defense. Players are expected to display quick downhill bursts of speed and hit opposing players hard – not a job for the injured.

Cine’s Time to Step Up

With the week 3 game looming against the Lions it begs the question if Cine will get more opportunities on defense. He performed well on special teams and we saw him get downfield quickly and make big plays. In fact, the special teams performance overall in week 2 was nearly perfect.

The Lions that the Vikings will be facing this week are not your dad’s Lions. While the VIkes are currently favored to win, no one expected them to have as much trouble with the Eagles after their excellent performance in the Green Bay game.

To be able to bounce back and beat the Lions they need to play a more aggressive style of defense. This is especially true when covering Lion receiver, Amon-Ra St. Brown.

He was just named the NFC Offensive Player of the Week and had 8 catches for 64 yards and a touchdown when they played the Eagles in week 1. It makes St. Brown the first player ever in the NFL to have at least 8 catches and a touchdown in 6 straight games.

It is time to give Lewis Cine the reps on defense to allow him to show the same skills he has shown on special teams. 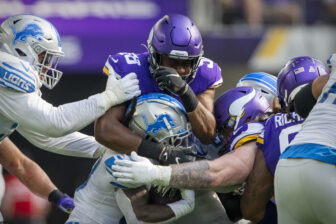