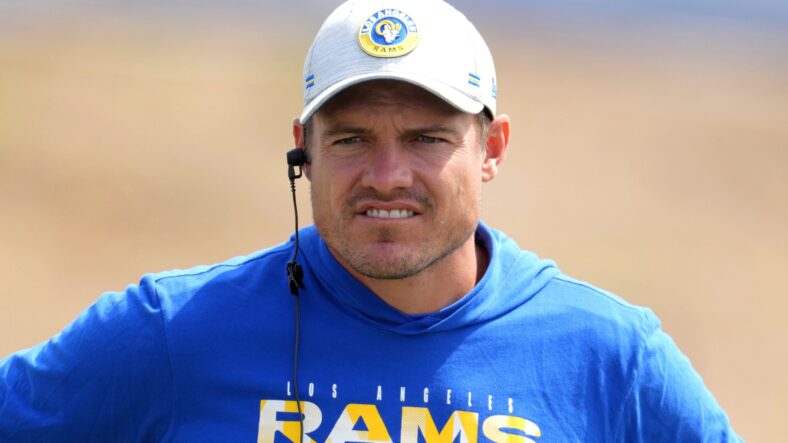 It’s time for Vikings fans to officially breathe a sigh of relief: the team has announced it has hired Kevin O’Connell.

As expected, the ownership expressed enthusiasm for K/O in the official announcement. Zigy Wilf thinks the incoming coach is someone with a great football mind:

He has a tremendous football IQ and is passionate about preparing, developing and communicating with his players. Beyond the Xs and Os, everyone we spoke with throughout this search process spoke highly of Kevin’s ability to motivate players, coaches and staff

He is a strong leader, an innovative coach and an excellent communicator. Kevin played the game at all levels, which gives him a unique connection to players, and he is highly respected throughout the league. Vikings fans should be excited for the future of this team under Kevin’s direction.

As I spent time with Kevin during the interview process, it became immediately clear he will be a great partner in building this football team for long-term success.

He understands what is critical to leading a team that wins at the highest level, and he has an ability to simplify the complex, which will help us in problem-solving in all football areas. He is a genuinely positive person who will help create a high-energy internal environment.

There were some legitimate fears that K/O might take over in LA if Sean McVay does step down following LA’s Super Bowl win. Thankfully, the team didn’t have to scramble to find a new HC at the last minute.

The team can now fully move forward with its offseason plan. Buckle up.