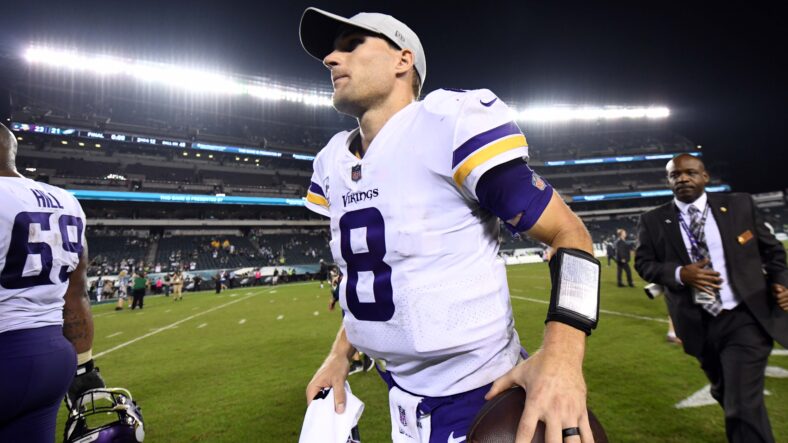 After a downright goofy slate of games in week 2 filled with strange endings, Week 3 of the NFL season looks chock full of top-tier matchups. That is, except for the primetime games. In fact, there are two games set with over/under point totals set under 40. Both of them happen in primetime. Essentially, be ready for an exciting afternoon, but once the sun goes down, perhaps the games will put you to sleep. Because of that, we’re only giving out picks for one primetime game this week.

To recap, last week’s picks did not go as well as Week 1. We followed up a 5-2 start to the season with a 2-5 record last weekend. Hopefully, this week gets us back above .500, but this might be the toughest slate to pick so far. Without further ado, here are the official NFL Week 3 picks from yours truly.

The Cleveland Browns got embarrassed on Sunday by the Jets 13-point comeback over the last two minutes of the game on Sunday. There were multiple ways that the Browns could have gone about closing that game out, and they failed to do any of them.

This is a team that wants to get back on the field as quickly as possible, and their fearsome pass rush will get the best of Pittsburgh’s offensive line, and the Steelers offense has looked horrible through two weeks. They also miss T.J. Watt on the defensive side of the ball. Cleveland will run the ball down their throats all night and cover the four points this week.

The Baltimore Ravens defense looks concerning against high-flying offenses like the one that the Miami Dolphins are running. The New England Patriots are not that offense. They do not have any player as explosive as either Tyreek Hill or Jaylen Waddle and are tied with the Seattle Seahawks for the second-fewest points through two weeks (24).

Additionally, Baltimore’s offense will prove to be far stronger than the Patriots defense. Lost in the story of Tua Tagovailoa’s comeback was an outstanding game for the Ravens offense, and in particular, Rashod Bateman’s emergence as a wide receiver. This is a promising sign moving forward for another speedy receiver against New England. The Ravens will cover the three points.

Ever since Josh Allen became a Buffalo Bill, they have dominated this matchup with the Miami Dolphins. Buffalo has won each of the seven games between the two teams and nine of the last ten. To this point in the season, they have looked like the best team in the league, and Miami is an up-and-coming team looking to prove themselves.

Unfortunately for Miami, this will not be their week. The Bills are a buzzsaw on offense, and they are one of the few teams that has enough athletes to cover the Dolphins receivers. That said, if any game is going to over the point total, it will be this one in hot and humid Miami.

Is it a bad thing that I’m taking the over on the highest point totals of the weekend? Probably. That said, like Buffalo, Minnesota is a team with a short week to prepare for this game. Coming into town is a feisty Detroit Lions team that has run up 35.5 points per game through two weeks.

On the other hand, Detroit’s defense is one of the very worst in the NFL. This is the first time that the Vikings fans will look back on a matchup and think “that’s why Kevin O’Connell is the head coach”. The Vikings win this game by double-digits.

There’s a reason this point total is set at 41.5 in a matchup between Aaron Rodgers and Tom Brady. Despite headline names at QB, these offenses are not very good. The Bucs are dealing with injuries all over the place going into this matchup, and Rodgers clearly has not yet built chemistry with his young receivers.

At the end of the day, this game probably finishes under the point total in a defensive battle, and if that’s the direction that this game goes in, I’m taking the Buccaneers all day long. They have allowed just one touchdown through two weeks, and their run defense should provide the first problems that Green Bay has seen all season. 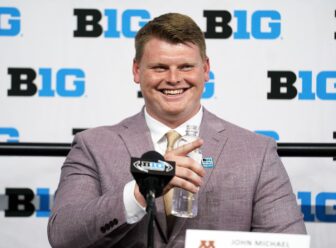 Also Read:
The Gophers Have a Star at a Vikings Position of Need