Does the Julio Jones Deal Impact The Vikings’ Chances? 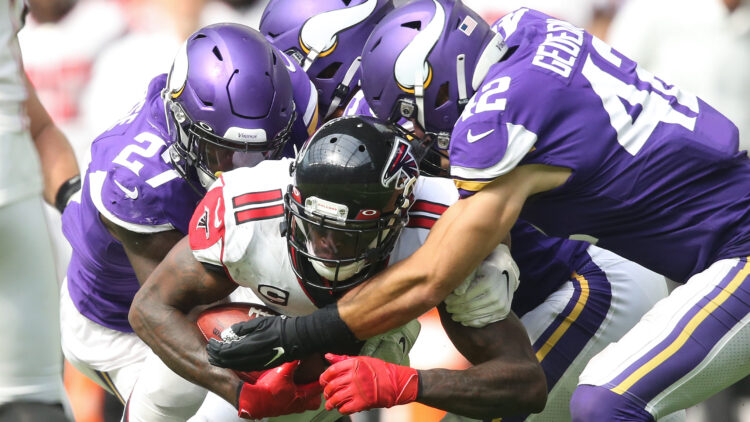 Julio Jones, a future Hall of Famer, will be joining Tom Brady in Tampa Bay. The veteran receiver will thus work alongside Mike Evans, Chris Godwin, and Kyle Rudolph (whom they just signed) in an effort to ensure the Buccaneers can once again snag a Super Bowl. Does the Julio Jones news impact the Vikings? Is the NFC more challenging now?

My first thought went to the Packers. With both Davante Adams and Marquez Valdes-Scantling playing elsewhere, Aaron Rodgers will need to work with a less talented receiving corps. Allen Lazard will likely emerge as the WR1 and the Wisconsin hope is that Christian Watson can be a strong complement. Adding Jones might have given the Packers a veteran whom Rodgers could have leaned on, especially to move the chains and score TDs. Jones is older, and it’s clear that he isn’t as good as he once was. What he still does have, though, is size. He could be effective if he’s used in the right manner.

By signing somewhere other than GB, Jones might have made Minnesota’s chances at the division a touch more plausible.

Of course, we can also say that Tampa Bay is a little stronger. At best, Jones will be the WR3 for the Bucs. Both Evans and Godwin are excellent receivers. Being able to benefit from the room they create will likely help the veteran receiver.

For the past two seasons, Jones has battled injuries, limiting him to a mere 19 games. Last year’s 434 receiving yards fell far short of what the Titans were hoping for. If, however, he can push that number somewhere around the 500-750 yard range, Tampa Bay will likely be pleased. As I’ve said before, the issue often isn’t that a team is working with a bad player but, rather, putting the player in a bad role. The Bucs have the talent to be able to put Jones in a position to succeed.

The Vikings are unlikely to face Julio Jones unless they take on Tampa in the playoffs. In that scenario, the greater concern will likely be Evans, Godwin, and, of course, Tom Brady. One of the main issues the Vikings have is the depth at corner. The depth chart consists of a Hall of Fame veteran (Patrick Peterson), several young players (Cameron Dantzler, ABJ, Akayleb Evans), and veteran journeymen (Chandon Sullivan, Nate Hairston). A game against the Bucs would put the secondary to the test, so the Jones signing could be a problem down the road.