A Vikings Fan’s Viewing Guide to CFB: Baylor Looks to Continue Their Success 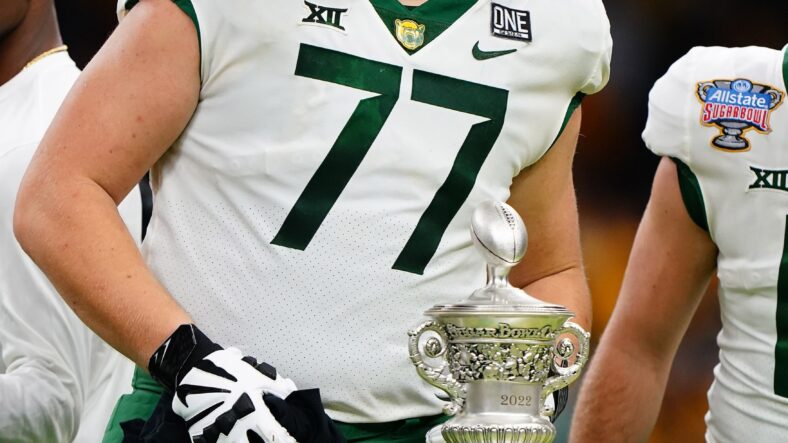 We’ve already gone through many of the major contenders in the AAC, the ACC. and we just finished up with the Big 10 this week. Now, we head down south to cover the contenders in the Big 12. First on the list are the reigning champs, the Baylor Bears.

2021 proved to be a Cinderella story for the Baylor Bears, who in Dave Aranda’s second season as head coach completely flipped the program on its head. After a 2-7 season in 2020, the Bears won a program-record 12 games, were the Big 12 champions, and earned a Sugar Bowl victory over Ole Miss. Now, they look to continue the trend in year three of the Aranda era and build momentum before a potential move to the SEC.

Over the spring, redshirt sophomore Blake Shapen won the starting QB spot over Gerry Bohanon, prompting the redshirt senior to enter the transfer portal. Bohanon was a big part of Baylor’s early season success, recording 2200 yards and 18 TDs over the course of the season.

That said, Shapen stepped into the QB role down the stretch of the season, and over the final three games prior to the Sugar Bowl, he passed for 571 yards and five touchdowns without an interception. Baylor went 3-0 including a Big 12 championship win over Oklahoma State. Continued success with Shapen under center full-time will be crucial in 2022. We’ll see if the young QB can step up to the pressure.

Among Baylor’s largest draft class since 2016, defensive back Jalen Pitre was the highlight. Over his final season with the Bears, he recorded 75 tackles, 18.5 TFLs, 3.5 sacks, three forced fumbles, seven pass defenses, and a pair of interceptions.

That alone will be difficult to replace, but throw in another DB in J.T. Woods, who was selected in the third round by the Chargers, as well as linebacker Terrell Bernard who went to the Bills, and defensive coordinator Ron Roberts has his hands full trying to replace key contributors. Baylor had the 10th-best scoring defense in the country last year, and they will need to keep pace with their recent success.

Despite having a very large class go into the 2022 NFL Draft, there are still multiple prospects on the roster looking ahead to 2023’s class. One of the headliners of this group is tight end Ben Sims. The tight end provides everything you’d want out of the position in terms of both blocking ability and receiving.

In fact, Sims is currently the leading receiver remaining on the Baylor offense after Tyquon Thornton left the program for the NFL. He recorded 31 catches, 361 yards, and six touchdowns in 2021. The Vikings needs for tight end depth have been well documented, and it is even more apparent after Irv Smith went down for the remainder of training camp and preseason. With Smith entering free agency at season’s end, perhaps the Vikings looks for a younger option as a replacement. 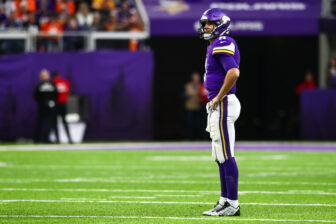