Griffen is Cut, Dozier is Gone, and QB is Thin: Scattered Thoughts on The Vikings 53-Man Roster 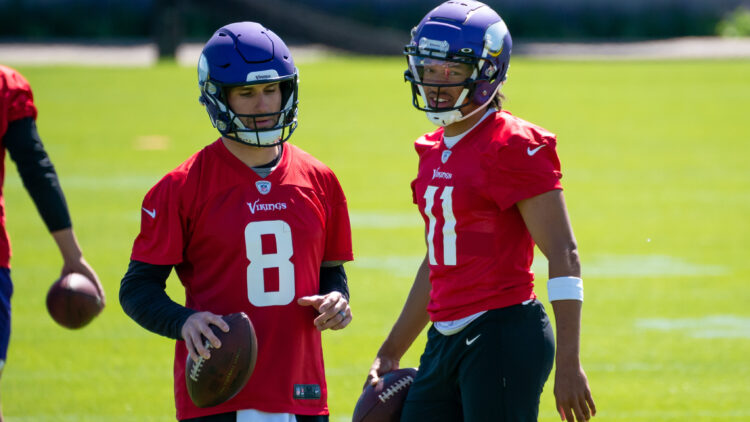 Well, that was quite the day. We traded for tight end help, bringing in Chris Herndon from the Jets. We lost Chad Beebe to a season-ending injury, saw some surprising cuts, and now have a greater sense of where the roster is going. Josh Frey did a great job of keeping Purple PTSD‘s readers up to date with his live tracker. Well done, Mr. Frey (go listen to “How to Save a Life” in his honor).

With that said, the roster (shout out to the article on Vikings.com).

Catch all that? Good.

First off, the surprises. Who among us could foresee the Everson Griffen cut? Not me. In fairness, it certainty appears as though the Vikings have no intention on moving on from him. So, no need to panic. Griffen will be wearing a purple uniform this season.

Otherwise, I’m perhaps most surprised to see Dan Chisena kept and Dakota Dozier cut. Seven LBs and only two QBs. These are things I didn’t see coming. I did predict they’d keep Josh Metellus, Jalyn Holmes, and Blake Lynch. I didn’t think they’d move on from Jake Browning, keep Dede, and opt for Brandon Dillon over Zach Davidson (if you feel so inclined, you can read all about my hits and misses from my earlier roster projection).

A large part of the intrigue rests in seeing where things will go from here. The Vikings will open roster spots by moving players to the IR. Irv, Nwangwu, and maybe even Dede and Barr can create openings. Christian Darrisaw may also be a candidate. From there, I’d expect to see Griffen, DePaola, and Abdullah brought back in. The Vikings, of course, also need a spot for Herndon.

Obviously, there are some areas of concern. The purple pass catchers have taken a hit through the preseason; we lost Bisi Johnson, Blake Proehl, Chad Beebe, and maybe Smith for the season. That’s the sort of thing that can really impact a team if/when a high-end player goes down. We all saw what happened last season when we’re forced to roll with 2nd and 3rd-string guys. It gets ugly quick, so let’s hope it doesn’t come to that.

The next thing to keep an eye on, other than the IR moves, is who gets brought back for the practice squad. It’ll also be fascinating to see if the Vikes target someone who another team cut. The roster, in other words, is far from complete.

Keep swinging by Purple PTSD for all of your Vikings needs.