Vikings Will Roll Into SF at Mostly Full Health 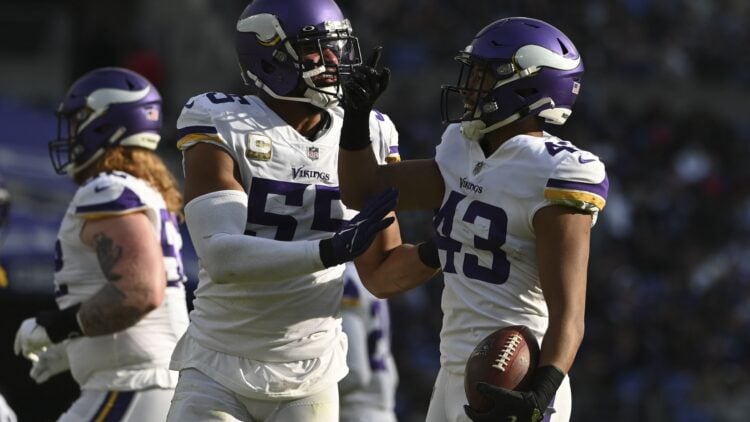 The Vikings will take on the San Francisco 49ers at mostly full health. However, I’ll add that there is a bit of a caveat to that above statement. First, though, the injury report.

The Vikings have four players listed on their injury report heading into the weekend. Everson Griffen has been listed as out; he is dealing with a mental health situation that is far, far more important than football. From there, it’s Camryn Bynum, Josh Metellus, and Wyatt Davis who are listed as questionable.

Anthony Barr, Bashaud Breeland, and K.J. Osborn appeared on the list, but they’re without a designation heading into the weekend. They’re important in this upcoming game. Barr and Osborn provide their side of the ball with yet another weapon. Breeland provides some depth at corner.

Bynum is perhaps the most significant player who is eligible to still get in on the game action. He showed a ton of promise in his two starts. It’s possible that if Mackensie Alexander struggles, Zim will transition toward a 3 safety look. SF has several versatile players on offense – George Kittle and Kyle Juszczyk come to mind – so having defenders who are similarly versatile (like a safety) can be helpful. Moreover, Xavier Woods got torched against GB. A couple more plays like the one he had toward the end of the Packers game may lead to a switch at free safety.

Now, the caveat. Minnesota is without Michael Pierce since he’s on the IR. Danielle is done for the year, and so is Irv Smith Jr. These players don’t appear on the weekly injury reports, but they’re a significant part of the Vikings health. Moreover, Dalvin Tomlinson was moved to the Covid-19 list, meaning the Vikes are going to be really thin along the DL for Sunday’s game.

We’re now at the point in the season when every week feels massively important. At 5-5, Minnesota has a very reasonable chance at making the playoffs. The current odds, at least from what I’ve seen, are somewhere around 60%. A win over the 49ers would only improve those numbers. I’m among those who are a little skeptical about whether the Vikes can snag a win on the road this weekend; the 49ers are going to be difficult to match up with.

I’d be thrilled to be wrong.