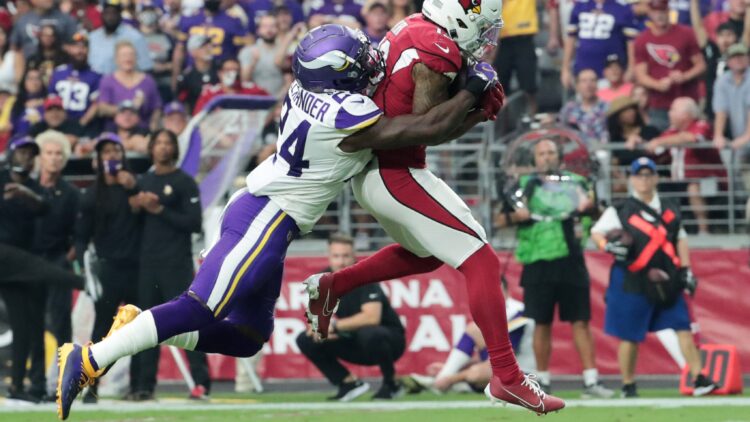 When the Minnesota Vikings venture to Carolina this weekend, the matchup will involve a 3-2 team hosting a 2-3 one.

For the 2-3 team, the Vikings, the contest against the Panthers is a simple yes-or-no test on whether the team is any good. Defeating the Detroit Lions in Week 5 with a heroic 54-yard field goal provided no clarity on the topic, unfortunately. For that week, if the Vikings were indeed a good football team, they should’ve won by a score of 35-17 instead of the real final score, 19-17.

The week before, Minnesota went the distance with the Cleveland Browns, a team believed to be on a playoff-bound wavelength. And in Week 3, the Vikings finally beat the Seattle Seahawks, who are a habitually solid team under Russell Wilson.

Now, Minnesota faces a team that is neither good nor bad. The Panthers began the season hot, winning three consecutive games in, what felt like, a rebirth for quarterback Sam Darnold. But the brakes pumped when Carolina recently lost to the Dallas Cowboys and Philadelphia Eagles. Maybe they’re not a 3-0 caliber organization after all. The Panthers could easily be bedfellows with the Las Vegas Raiders – closer to pretender status than contender.

The Vikings had high hopes for 2021. They still do. The roster is constructed astutely with defensive beef the coach loves, accompanied by an expensive quarterback who has playmakers aplenty. There is no reason the Minnesota Vikings should struggle. If they do, the coaching isn’t quite jelling with the players – and that’s problematic.

Traveling to Carolina, the Vikings will encounter a fateful game. Of course, 11 games will remain thereafter, but the win or loss versus the Panthers will vivify what type of team these 2021 Vikings truly resemble.

If they’re good – on the cusp of making a playoff run – the Vikings will batter the Panthers and depart North Carolina with an even-steven 3-3 record just before the bye week. Reaching .500 will feel like an accomplishment after dropping heartbreakers to the Cincinnati Bengals and Arizona Cardinals in Weeks 1 and 2. Vikings brass will tell you “it’s a new season” if they draw the win-loss standing even. To be sure, the upcoming slate of opponents after Carolina is murderous, but the team will cross the proverbial bridge at the appropriate time.

So, 3-3 is desirable for Minnesota and undesirable for Carolina. If the Panthers sink the Vikings, Darnold’s bunch moves to 4-2, smack dab in the middle of the wildcard chase. And that would mean Minnesota is trotting into the aforementioned bye owners of a 2-4 record.

With Murders Row on deck for Halloween and the month of November, the Vikings are toast with a 2-4 record. Most importantly, it will prove the team simply isn’t very good, the meh Panthers are better, and Zimmer’s days as skipper are numbered. The skin-of-teeth victory over the Lions will be confirmed just as it felt in the moment when Joseph’s kick went through the uprights: “We got lucky there.”

There is a reasonable chance the win over the Lions was a galvanizing moment – one that exposed what vanilla offense leads to. Kirk Cousins and Zimmer conducted their rah-rah moment, so that can be highlighted as the second it all clicked for the team. Very easily, the Detroit win can be perceived as a wake-up call — if the Vikings learn from it. That’s the dealmaker. The offense must change, taking off the training wheels immediately.

In the six-team-per-conference playoff format (yes, the NFL expanded to seven teams per conference last year) established in 1990, 21.3% of all teams that begin a season with a 2-3 record make the playoffs. The percentage moves to 34.8% of teams that start 3-3. The number dives to hell, though, for 2-4 teams – only 9.3% reach the postseason after beginning 2-4.

Win – and be taken seriously as a good football team with the Dallas Cowboys on the agenda Halloween night. Lose – and the team was never good to begin with, evidenced by the holy miracle needed to sneak by Detroit.