Wyatt Davis is in the Danger Zone 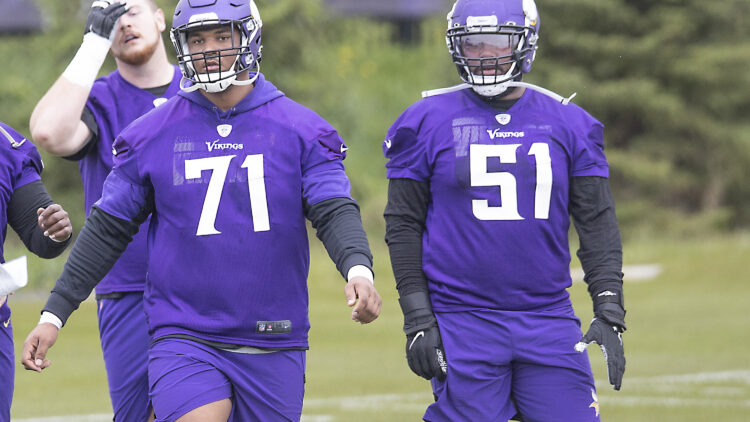 Throughout the course of the spring, there has been some growing optimism surrounding the Minnesota Vikings and their offensive line situation. It began with free agency when they signed both Chris Reed and Jesse Davis. Being the two veterans in the right guard and center battles, they’ve immediately inserted themselves at or near the top in both. Then in the 2022 NFL Draft, Kwesi Adofo-Mensah and the crew selected LSU guard Ed Ingram with a second-round pick. Finally, Garrett Bradbury seems to have taken his mid-season benching well. He came into spring with an extra 10 pounds packed on in hopes of being more difficult for opposing nose tackles to move. You know who we haven’t heard much about though? Wyatt Davis.

Davis was one of four third-round picks for the Vikings during the 2021 draft. The former Ohio State Buckeye was selected with the 86th overall pick last spring in a third round that also included QB Kellen Mond, LB Chazz Surratt and EDGE Patrick Jones II.

The rookie season of Wyatt Davis was underwhelming to say the least. He was suffering a knee injury when the Vikings drafted him which hampered him throughout his final season at Ohio State, so injuries were the one big concern when the Vikings drafted him. That concern was ultimately what derailed him rookie campaign in 2021 as he was listed on the injury report from training camp all the way through December. This time, it was an ankle issue that kept him sidelined. It’s also suspected that he showed up to training camp out of shape, but that’s somewhat expected if these lower body injuries impacted him that much.

Because of that, one of the most anticipated returns to the field this offseason has involved Davis. For that reason, it’s very concerning that we haven’t seen or heard from him much in OTAs. Given the depth the Vikings have at right guard, the assumption must be that Davis is on the short list of cuts when training camp begins. Of course, things can change between now and then, but there is very little optimism from this guy.

If Davis ends up cut or even buried on the depth chart once again, it wouldn’t be the worst thing in the world for the Vikings. For one, the Vikings do have all that depth that I mentioned. Secondly, we have to remember that this Davis draft pick was essentially free. Minnesota acquired the 66th and 86th overall picks in their trade with the New York Jets to move down in the first round. The Vikings ended up selecting Christian Darrisaw with the 23rd overall pick; the player they likely would have taken if they stayed put at No. 14 anyway.

Because of that, it’s not a huge deal if this Davis selection doesn’t pan out the way we all thought it would. That doesn’t make it any less annoying though, especially considering the other options at right guard over the past couple years. Last year, after a superb training camp and preseason, Oli Udoh could not carry that momentum into the regular season. Now, both Jesse Davis and Chris Reed are players that have consistently ranked lowly in PFF’s grading system. In 2021, Davis graded out at a concerning 52.5. For reference, the infamous Dakota Dozier finished the 2020 season with a grade of 44.6.

I have held out hope that Wyatt Davis will finally live up to his pre-draft hype this year, but as each day goes on, that hope quickly turns into worry. We’ll see what happens when training camp officially begins in Eagan later this summer. 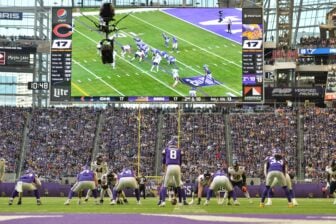