Who Could Replace Mike Zimmer As Head Coach? 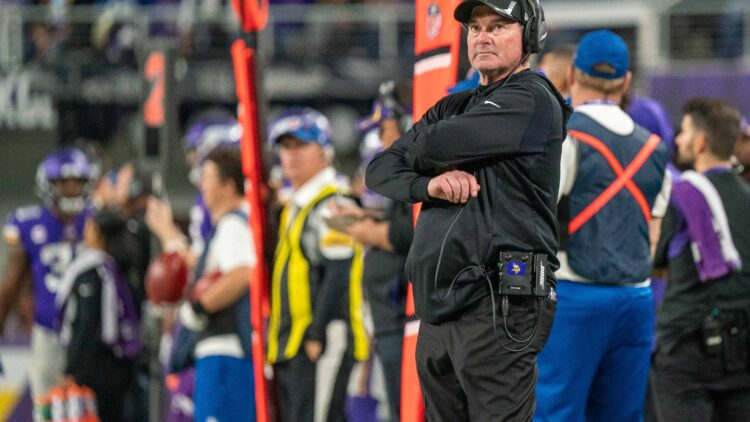 Here in Brazil, we have a holiday called Dia dos Finados. It’s a day in which we celebrate the dead, and curiously enough it’s the day I’m writing this article (11/02). Why am I saying this? Well, after the last game, Zimmer’s career in Minnesota is basically dead. And it isn’t because of (another) loss against a backup QB, but all the times the head coach failed to prepare this team, only 2 postseason wins, and an inability to take this team forward. And to me his ultra-conservatism is also a reason. Does it mean that we should burn everything and rebuild? No, the roster is still good and, at least offensively, I like our position coaches. I also like what Ryan Ficken is doing and we can’t afford to lose Andre Patterson. And I wouldn’t dream of firing Rick Spielman (love you, Rick).

It’s important to note the changes made to the Rooney Rule. For those not familiar with it, it’s the rule to try and enhance diversity in high-level jobs (head coach and general managers). Now teams can start interviewing with two weeks remaining in the regular season, which helps coordinators who are in deep playoff runs. It also says that teams must interview at least two outside GM or coordinator minority candidates (they changed it to head coaches last year). One personal interview must be made with a minority candidate as well, for both GM and HC positions.

To answer the question, I went through a couple of “hottest head coach candidates” lists. There is only one defensive coordinator I would accept, so yes, this list is almost all offensive guys. It won’t be in order because I don’t have them in it, but there will be a top 5. Without further ado, let’s get started.

Let’s start with the only defensive-minded coach here. Bowles has something that neither one here has: head coaching experience. He was the Jets coach from 2015-2018, compiling a 24-40 record. Although it isn’t a good resumé, he had the only winning season for the Jets in the past decade, with a 10-6 in 2015. We also know he can put up a really good game plan, as evidenced in Super Bowl LV, being the first to stop Patrick Mahomes and that Chiefs offense. He said recently that he’s happy in Tampa and isn’t looking forward to a head coach opportunity.

It doesn’t mean he wouldn’t take it, as he interviewed with the Falcons and Eagles earlier this year. Some around the league believe he will be the successor for Bruce Arians in Tampa, similar to Josh McDaniels in New England. Bowles signed a 3-year extension after the Super Bowl.

When you win, everyone wants what you have. In Tampa’s case, both coordinators are on head coaching shortlists. A former QB, he played in the NFL between 2003-2012. His first coaching gig was in 2016, as an intern with the Cardinals, becoming the QB coach in 2017, and assuming the interim OC role in 2018. When Bruce Arians returned to coaching in 2019 he hired Leftwich, his former QB in Pittsburgh and QB coach in Arizona, as his offensive coordinator. In Arians’ point of view, Byron should get way more credit than he does with the offense, and it pissed the 69-year head coach that his OC didn’t even get an interview. Simply put, he’s not just a random or secondary guy in the Bucs offense.

Brady took the football world by storm in 2019, when he was the passing game coordinator for arguably the best passing attack in college history. He made Joe Burrow go from an OK to first overall pick, and also developed Justin Jefferson into the player he is today. After that stint with LSU, he got the Panthers’ OC job, and it was a matter of when, not if, he would get a head coach position. His offense in Carolina isn’t spectacular, but let’s remember that his QB in 2020 was Teddy Bridgewater, and now is Sam Darnold. Plus he only got 6 games with Christian McCaffrey, his best player. We may have some growing pains with him at the beginning? Yes, but I think he can turn this young offense into a powerhouse for years to come.

Bieniemy could benefit from the Rooney Rule allowing interviews after week 16. But looking at this year’s Chiefs, it doesn’t look like they will reach the AFC championship game for the fourth year in a row. Eric “suffers” from the same thing as Byron Leftwich and Nathaniel Hackett (we’ll talk about him in a minute). Because he has a great, offensive-minded coach, and one of the best QBs in the league, some question how much of the team’s offensive success is on him.

If you ask anyone that worked with him in KC, they’ll say that’s unbelievable he isn’t a head coach yet. The former Vikings’ RB coach is the offensive coordinator for the Chiefs since 2018. The play-caller is indeed Andy Reid, but the head coach says that the job is done by them both.

Kellen Moore is another “Sean McVay”-type candidate. A young, offensive-minded guy that can design a great offense. Also a former QB, he had an excellent career at Boise State, but not so good at the NFL. He played in only three games with the Cowboys in 2015, had an injury in 2016, and saw Dak Prescott win Rookie of The Year. Moore didn’t play a snap in the following season, retiring after 2017. He immediately became the Cowboys’ QB coach and was promoted to offensive coordinator in 2019, after only one year.

In his first season, he coached the offense that led the league in yards and was fourth in points. Even with no QB, RT, LT, and TE for most of 2020, the offense managed to be in the middle of the ranks. This season though, the Cowboys muster one of the scariest offenses in the league, Dak looks like an MVP candidate, and even with Cooper Rush, they were able to run up the field against us. If Kellen Moore isn’t one of the most interviewed men this coaching cycle, something must be wrong.

Hackett may be my favorite candidate for a possible Vikings head coach. Everyone in the Packers’ locker room loves him, the word is that he does an excellent job in his meetings, is very smart (he was studying to be a doctor in college), and helps their offense more than we know. He was the one helping to mix Aaron Rodgers’ West Coast background and Matt LaFleur’s “modern era” scheme into one playbook. If you want more evidence, he helped a Bills team achieve a respectful 9-7 season in 2014 as the OC. In Jacksonville, he made Blake Bortles a good QB, when the team had that playoff run in 2017. He was fired by the Jaguars in 2018 and hired by the Packers in 2019.

He didn’t get much attention after last season, with only the Falcons interviewing him for the head coach position. This season though, he shall get plenty of attention, with teams wanting a piece of this high-powered Packers offense.

Brian Daboll is the hottest name when talking about future head coaches. Many expected him to be hired after 2020 (myself included), but he wasn’t. Daboll is a very experienced coach for a 46-year old coach. He started as a defensive assistant with the Patriots in 2000, changing to WR coach in 2002. His first offensive coordinator opportunity came in 2009, in Cleveland. He had the worst offense that year and the fourth-worst in the following season. Daboll then went to the Dolphins in 2011, coaching the 20th ranked unit. Changing teams again, he went to the very dysfunctional Chiefs in 2012. The Patriots brought him back in 2013 as the TEs coach, staying there until 2016.

In 2017 his luck started to turn. Nick Saban hired him as his offensive coordinator in Alabama, where he helped the team to win the National Championship. Starting a new era in 2018, the Bills hired Daboll to help in Josh Allen’s development. It took some time, but he – and QB coach Ken Dorsey – did it. Josh Allen is an MVP-caliber player and the offense achieved new highs, especially when Stefon Diggs arrived. If we do have an opening, it won’t be easy to bring him. As the only team officially in the head coach market, the Raiders are considered the favorites to land the Bills OC.