By literally the skin of the football in Sunday night’s game between the Seahawks and the 49ers, the Vikings were sent to the New Orleans Superdome to play the Saints in the upcoming NFC WildCard weekend.

Somehow the Seahawks stayed in the game last night against San Franciso, who quite clearly seemed to be in control of it. But the reason that QB Russell Wilson is in serious consideration for the NFL MVP this year is the reason Seattle stayed close, his uncanny grace under pressure.

If Wilson had pulled off the win–and he was as close as humanly possible in doing it–the Vikings would have gone to Seattle this weekend for a rematch of the Vikings/Seahawks game of Week 13.

Instead, the San Francisco 49ers won as Seattle TE Jacob Hollister‘s shoulder hit the turf, and they reached over the table for the playoff pot; the #1 seed in the NFC tournament and bye week.

This put the Minnesota Vikings, the #6 seed, on the road to New Orleans, Louisiana, and the Superdome to play the #3 seed Saints.

What is there to say about these 2019 Saints? They are again an offensive powerhouse with a fairly average defense. They have the NFL’s greatest passer in history when it comes to production (Drew Brees), the NFL’s most prolific pass catcher in WR Michael Thomas, and a running back with freakish talent (Alvin Kamura).

Beyond that, a backup RB who played for Minnesota for two seasons (Latavius Murray), which is something not to be discounted.

However–if it doesn’t sound like a stretch in a team’s 13-3 season–the Saints’ ‘average’ defense remains their weak link. That small hole in the armor of all Sean Payton teams has delivered numerous losses to New Orleans since their Super Bowl Championship season of 2009.

That weakness may appear to start on the ground as they have given up an average of 153 yards rushing in two home losses this year (Atlanta in Week 10 and San Francisco in Week 14), but this Saints’ defense is hardly impressive against the pass either, ranking 20th in passing yards allowed and 21st in touchdowns.

How do they keep winning? By outscoring their opponents and rendering all defensive statistics moot. And with the aforementioned players they possess, they do it often.

The Vikings and the Saints have now spun a bit of a rivalry over the past decade. It began, of course, with the ‘BountyGate game’ of 2009 in which Vikings’ quarterback Brett Favre was designated for injury by then defensive coordinator Gregg Williams (now with the Jets) and his merry band of Saints defenders.

They not only changed the rules of football for that one, but the NFL also suspended Williams and Saints’ head coach Sean Payton for the 2010 season. It warrants an asterisk on that Lombardi Trophy that unfortunately doesn’t exist.

In 2014, the Saints beat the Vikings 20-9 in the Superdome. In 2017, Minnesota won in US Bank Stadium in the regular season, 29-19. They then, of course, pulled off the ‘Minneapolis Miracle’ in the NFC Divisional Playoff.

In 2018, the Saints again visited Minneapolis in Week 8 and beat the Vikings in a game that, to this day, deserves more examination.

BUT–with Minnesota controlling the game and the game clock as the second half came to a close, WR Adam Thielen fumbled a red-zone pass into the arms of a Saints’ defender, who took into Vikings’ territory before he was tackled.

A play or two later, RB Alvin Kamura put the Saints back in front to stay with a last-second first-half touchdown, flipping the entire game around. To say this turnover threw a monkey wrench into what seemed to be a perfect game plan against the offense-heavy Saints is an understatement.

Down by seven in the third quarter, a rattled Vikings’ QB Kirk Cousins threw a pick-six that made the game 27-13, and the sudden parlay of events left Vikings fans shocked throughout US Bank Stadium. The Saints coasted to a 30-20 win.

The loss dropped the Vikings to 4-3-1. Six weeks later, they were 6-6-1, fired their offensive coordinator (John DeFilippo), and were less than a month from being headed into the off-season at 8-7-1.

Do I believe that the Saints’ loss de-railed their season?

Yes. With a doubt.

The 2018 Minnesota Vikings were a fragile team with several vulnerabilities. One of them was a tendency to flow with the tide of momentum against them. A successful team consistently breaks that momentum with a play or a drive that lets them get their hands back on the wheel. Rarely did the Vikings do so last year.

This year, things have been different. In crucial games against Dallas, Denver, Kansas City and Seattle, these Vikings have showed that they aren’t finished punching when the chips are down. Even as their run game has been kept in check, they’ve hit with the other hand and stayed in games.

Feelin’ Thielen And Cookin’ With Gas

The two players that cannot be bystanders in this playoff game are WR Adam Thielen and RB Dalvin Cook.

It’s time to go now, fellas. There are no second chances. No extra weeks to rest. The ball is coming to you and you’ve got to make plays with it. Needless to say, you cannot fumble it.

Sean Payton, Drew Brees and the New Orleans Saints are the last team on Earth to take the Minnesota Vikings lightly. Exclusive of that, Payton and Brees still have one ‘Miracle’ possibly stuck in their crawfish craw. They’ll be gunning for a statement win over the team that immortalized them in posters forever.

Still, I think Mike Zimmer knows these Saints. He also knows a way to beat them. His team just needs to follow his instructions and not make the mistakes that lose an important game that affects a long season. 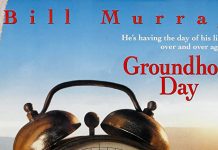 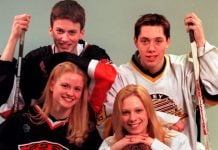