The Vikings over the next several weeks likely will need to clear roster spots for injured center John Sullivan and cornerback Josh Robinson.

Sullivan ran Monday for the first time since having back surgery Sept. 9, and is optimistic about being taking off injured reserve with a designation to return for the Nov. 8 game against St. Louis. Robinson, on the physically unable to perform list with a partially torn pectoral muscle, said Monday he’s hopeful of returning to practice next week and perhaps even playing Oct. 25 at Detroit.

Among players on the 53-man roster, not practicing Monday were wide receiver Mike Wallace (undisclosed injury), wide receiver Charles Johnson (ribs), safety Andrew Sendejo (knee) and defensive end Justin Trattou (foot). Johnson and Sendejo ran on the side with Sullivan while Wallace and Trattou were not present during the portion open to the media.

Vikings coach Mike Zimmer said he “can’t disclose” Wallace’s injury and “we’ll see” if he can play Sunday against Kansas City at TCF Bank Stadium. Wallace also missed practice last Tuesday, the previous workout the Vikings had before a bye in Week 5.

Wallace caught eight passes for 83 yards in Minnesota’s last game, a 23-20 win Oct. 4 over Denver. Johnson, Sendejo and Trattou all missed that game.

“Great timing,’’ Johnson said of the bye week. “I was able to get a little more rest. I’m getting better each day. I feel pretty good. … I don’t know yet (about playing Sunday). We’ll see.’’

Robinson, who fell on his right shoulder during spring drills last June in what he called a “freak accident,’’ was placed on the PUP list when training camp started July 26 and remained there when final cuts were made Sept. 5. He is eligible to return to practice next week.

“I think so, hopefully,’’ Robinson said. “Everything is good. Be ready next week.’’

The Vikings will have a five-week window starting next week to determine when Robinson returns to practice. The cornerback is hopeful of playing when first eligible Oct. 25 against the Lions, but knows that could end up being a bit soon.

“I’ll let the coaches make the decision and go from there,’’ Robinson said. “I’m happy just to be able to get back on the field. I can’t wait.

Roster moves will need to be made on Sullivan and Robinson whenever they might be ready to be restored to the 53-man roster for game action.

Among those practicing Monday was wide receiver Jarius Wright, who was in for just one play against the Broncos because of a right hand injury. He said he “didn’t miss a beat’’ during the workout and is hopeful of playing against the Chiefs. 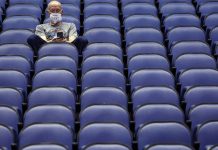 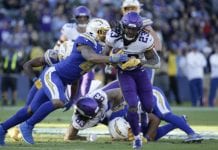 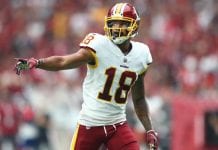 Josh Doctson Returning to Practice, Could Bring Vikings Offense to Nigh Unstoppable Levels