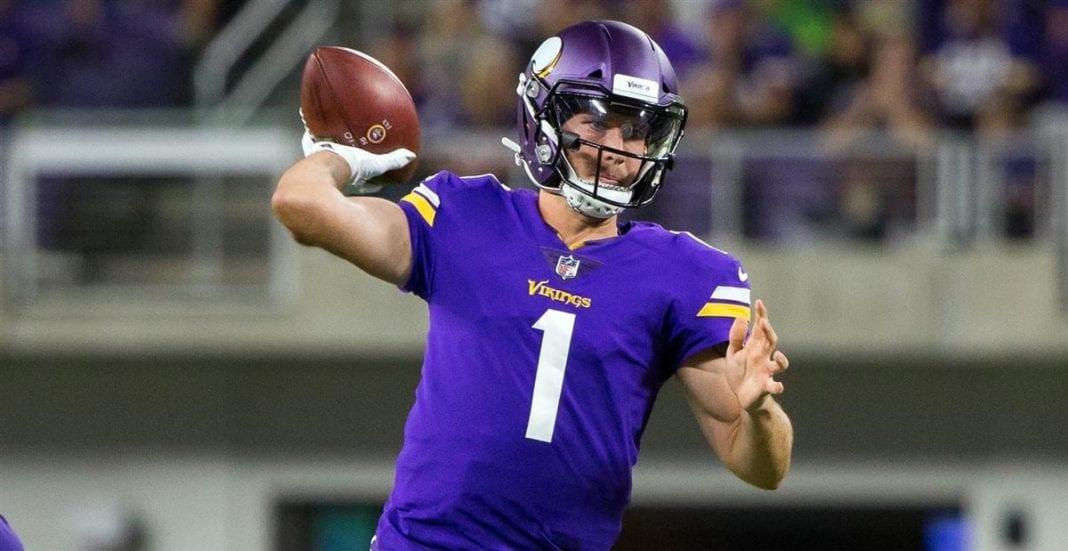 In three games, the third-year man from Northern Colorado is now 23-for-27 for 280 yards and three touchdowns in three exhibition games.

Yeah, he’s got a near perfect QB rating.  The dude is 6’ 5”, plays best on third down, and seems as cool as cucumber soup when under pressure.

Sure, Mike Zimmer has said things about him  like, “There are a lot of things he has to get better at if he (Sloter) wants to be the backup quarterback.”

But has Zimmer seen the t-shirts being sold on the Internet?  They come in regular, sleeveless and hoodie!

This type of grass-roots groundswell doesn’t happen very often.  Dramatically punching in winning touchdowns in this preseason after doing the same last year–?

It’s become obvious that this young quarterback is becoming a Favorite Son of the Twin Cities.  Ignoring that should be at his coach’s own popular peril.

Can Mike Zimmer and Kevin Stefanski see the light here?  How about the Wilf family?

Kyle Sloter has gone viral.  A Twitter sensation.  A number one purple jersey with a bullet.

Isn’t it time to give the people what they want?

Editor’s Note: To enjoy more of this nuttiness, analysis and news about the Minnesota Vikings, be sure to visit ‘The V61’ (vikings.com), friend and partner of Purple PTSD!