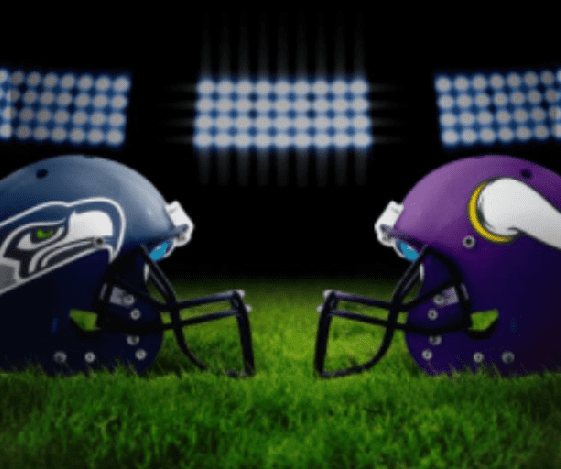 The Vikings travelled to Seattle to take on Seahawks, a perennial NFC power, and while there were things to be happier about after the moribund game last week in Buffalo, they still left town with a 20-13 loss. The offense acquitted themselves better, and that had much to do with better line play, but the defense had trouble stopping the Hawks offense and former Vikings kicker Blair Walsh.

The Vikings played better against a better team, but they aren’t ready for prime time yet (which is when the first regular season game will be played). But they are moving in the right direction despite it being head coach Mike Zimmer’s second career preseason defeat.

The starting offense played three series into the second quarter. They couldn’t put the ball in the endzone but did put three points on the board (stalling in the red zone on the opening drive). Quarterback Sam Bradford look good, actually taking some shots down the field. On a couple timing passes he appeared to be there a little early, but both Michael Floyd and Stefon Diggs (four catches for 65 yards) both adjusted quickly and made the grabs.

Dalvin Cook was thwarted on the opening series but turned it on in the second series with 34 yards (as expected). Cook looked better than last week and showed plenty of what the Vikings saw when they drafted him. Look for him to spend time on the bench in the rest of the season as they don’t want him getting knicked up before the season opener.

Case Keenum took over for Bradford and once again looked like he has been there before. While he appears to like receiver Stacy Coley (2 receptions for 17 yards), he was poised in a pocket that didn’t offer as much protection as it did for Bradford.

The bottom line is that offense looked better than last week (even though the score didn’t reflect that. But Zimmer appeared to be pleased during his halftime chat with KFAN.

“I’m happy about the way we moved the football,” Zimmer said.

In the second half, the Vikings finally scored a TD as a result of two consecutive decent Taylor Heincke passes to tight end Bucky Hodges, the second one for a 21-yard touchdown. They were two great throws up the seam but it is not enough to yet unseat Keenum as number two.

The Vikings starting defense left a little to be desired, as the Seahawks marched down the field for an opening drive touchdown. There were some nice plays by the defense, but too many bad plays (holding penalty, defenders falling down) to prevent a touchdown. Mackenzie Alexander, who got the start at nicker corner had a rough couple of series in the first quarter, falling, getting turned around and seeing some big gains by the receiver he was covering. Seattle QB Russell Wilson knows how to exploit a young player and he did.

On the bright side, defensive end Danielle Hunter played well, nearly sacking Wilson on the opening drive and then making sure of it the second drive on third down to force a punt.

But the Vikings defense as a whole took the night off. They gave up too many points and far too many big plays to win a ball game, preseason or not.

All the eyes were on the kicking game in this one, because former Vikings kicker Blair Walsh is now kicking for the Seahawks and so far doing well. He kept his excellent preseason going as he made kicks of 51 and 52 yards (missing one from 56), and even reportedly chirped at the Vikings sideline after one of the makes. In his stead, the Vikings kickers were responsible for two field goals (one apiece) and Kai Forbath hit a 51 yarder to help his case to return this season.

The offensive line responded to a poor performance last week in Buffalo. With Pat Elflien starting at center and Nick East at left guard for Alex Boone, the first team gave Bradford plenty of time to go through his progressions and even find receivers downfield. Boone and Riley Reiff were back home, but the rest of the first team acquitted themselves against a staunch defense. Even later in the game, tackle Jeremiah Sirles even made a reception on a blocked pass, but I am not sure that will figure into his resume for evaluation. The offensive line stepped up and will give us all for hope for the season.

The kickoff returners didn’t look so good tonight. Rodney Adams (who had four receptions for 26 yards) fumbled one, and Cole made a bad choice in coming out of the endzone when he was eight yards deep. The battle there continues, in addition to their battle at wide receiver, where Jarius Wright is working for a roster spot. No blood this week in both contests (although Isaac Fruechte had another drop that resulted in a pick—he chances need a tourniquet).

Some standout defenders worth defending: Tashawn Bower, undrafted rookie defensive end from LSU who has had two decent games during the preseason. He is a decent pass rusher and keeps flashing, and Zimmer likes plenty of people to get to the quarterback. Former Michigan linebacker Ben Gedeon looked well also. He got the start at will linebacker and ran to the ball and made several plays. He struggled in pass coverage, getting turned around a couple times, but he has a shot at grabbing that position when the bullets are flying for real in September. And rookie defensive tackle from Iowa, Jaleel Johnson, had another nice game. He is putting some pressure on veteran players such as Will Sutton and Datone Jones.

Mistakes on defense. Zimmer watches everything on that side of the ball, despite his vision problems. You make preseason mistakes in front of Zimmer, you might not get a chance to correct them

Rotten replay calls must end. Michael Floyd had the first down. (Just getting a little preseason bitterness in before the regular season starts. 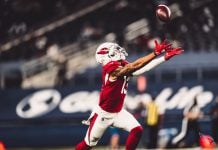