Unsung Hero: K.J. Osborn Solidifies Himself As the Vikings’ WR3 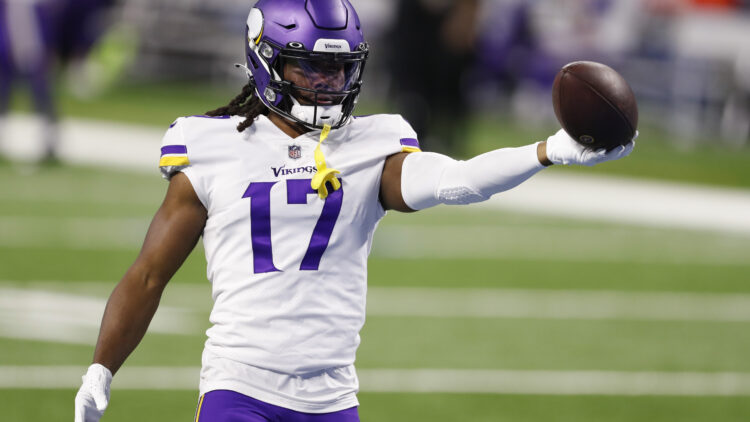 Sometimes we, as fans, are quick to jump to conclusions on rookies far too early. Last year, 2020 fifth-round wideout/punt/kick returner K.J. Osborn was written off by almost every fan. He struggled with ball security, fumbling twice on returns. Eventually, he fell out of favor with the coaching staff as he eventually got benched in favor of Chad Beebe. On offense, he didn’t see the field at all.

So when the Vikings selected Ihmir Smith-Marsette out of Iowa, another talented collegiate returner who could play wideout, it was believed that Osborn’s time in Minnesota was limited. Instead, he had a strong training camp that turned into a strong preseason. He made his way into the lineup as the Vikings’ WR3 and finally showed the team what he is capable of in Week 1 against the Bengals.

Osborn not only found his way onto the field; he was rarely taken off of the field on Sunday. His 67 offensive snaps were the ninth-highest on the team and third-highest among skill players, behind Justin Jefferson and Adam Thielen. He lined up 44 times in the slot, 22 times out wide, and once in the backfield.

His impact began to be felt in the second quarter, Osborn worked his way across the field and made an impressive catch along the right sideline on a trick play pass from Jefferson. A few plays later, he made a crucial play on 3rd-and-24. The Vikings had the ball on the Bengals’ 36-yard line and it appeared that they were trying to pick up a few yards for better field goal range. Instead, Osborn caught a quick pass to the right sideline, made a few moves, and picked up the first down to keep the drive alive. Three plays later, Minnesota scored their first touchdown of the season.

On the final drive of regulation and needing a field goal to tie, the Vikings got Osborn involved when they needed him most. He got six yards on 3rd-and-10, then picked up the first down on the next play to keep the drive alive. The Vikings would tie the game at 24 a few plays later before ultimately losing in overtime.

It became one of the most productive games a WR3 has had for the Vikings since 2015. He caught seven passes, second-highest on the team. His 76 yards receiving were the second-highest mark among all receivers not named Diggs, Thielen, or Jefferson over the last seven seasons. And his 63.0 offensive grade was fifth-highest among Vikings with at least 20 snaps.

Osborn’s 2021 debut was a promising start to a sophomore campaign that many believed he’d never get in purple. He still has some things to clean up (he was flagged twice on the day), but he showed the play-making ability that the Vikings were looking for when they drafted him out of Miami. If he can continue to contribute, Minnesota should be much more comfortable getting into 11 personnel (one running back, one tight end) this season.