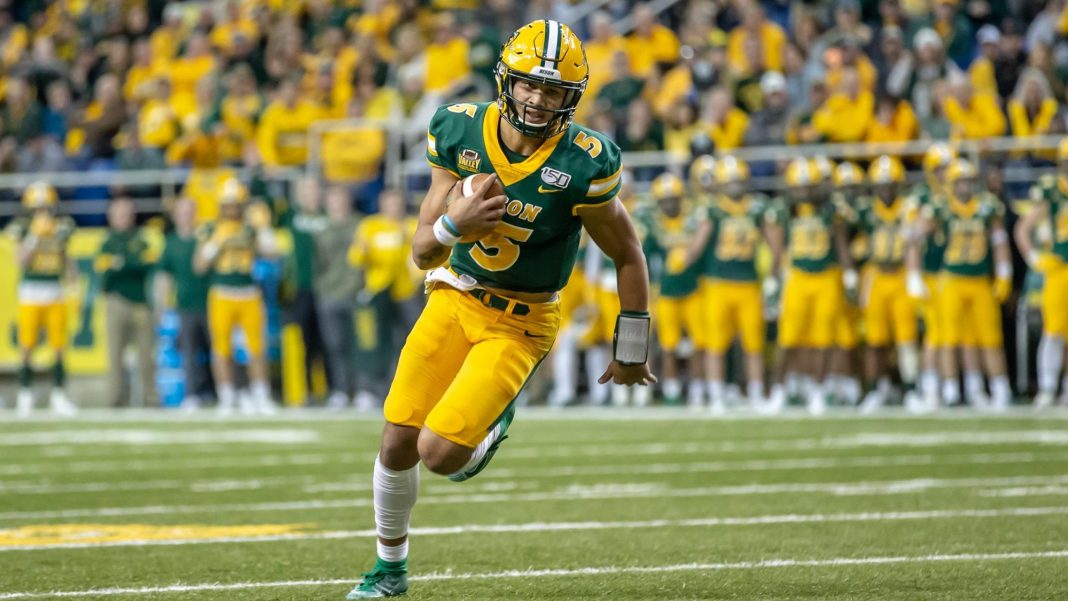 Note: The following article is a preview from our new general NFL/NCAA Draft prospect profile/ news site TheDraftTeam.com. You can follow TDT on Twitter HERE and on Facebook HERE.

Just a couple weeks ago, the idea of the top three or even four picks of the NFL Draft being quarterbacks seemed preposterous. Today, that might just be the chalk route. Ever since the 49ers shook up the draft order by trading up to the third overall pick, the expectation is that the draft will lead off with at least three quarterbacks being called.

This sudden change has a massive effect on the stock of a guy like Trey Lance. At the end of the college football season, it was widely assumed that Lance would probably be a Day Two pick. Now, he has the potential of not only being a first rounder, but there is a possibility that Lance hears his name called at number three.

The new hype around Lance is deserved. The QB had an incredible, albeit short, tenure at North Dakota State. In 2019, his one year as a starter, he showed flashes of greatness. In fact, I would compare him to another recent prospect hailing from the Plains region, Josh Allen.

However, Lance is more polished than Allen was going into the draft. Allen garnered interest behind his cannon of an arm, but he also had a history of erratic throws. We didn’t see as much of the mobility that we have seen in the NFL, either. Lance has a similarly impressive arm, but he has pinpoint accuracy to pair with it. He completed nearly 67% of his passes in 2019 while putting a goose egg in the INT column. He also rushed for 1100 yards and 14 TDs.

Some teams may be concerned with drafting a player that has only one full year of collegiate starts. That concern is emphasized when you take into account Lance played in the FCS, so he wasn’t matched up with the best talent on a weekly basis. Of course, it would have been ideal for him to get another year of starts, and it would have been nice to see him against the NCAA’s top talent. However, there’s something to be said about beating the opponents put in front of you. Lance did just that by going 16-0 and leading NDSU to yet another FCS title.

It’s not like we’re completely in the dark with what we can expect from NDSU quarterback prospects, either. Just five years ago, Carson Wentz was picked first overall from this school, and had it not been for an unfortunate ACL tear during an 11-2 season, his NFL career could be looking much differently than it currently does.

Overall, Lance has all the traits of being a successful pro. We’ve seen how Josh Allen went into Buffalo and helped turn that franchise around after a couple years of development. Lance could have a similar impact, except he may be starting at a higher floor than Allen had.

He could be great. He also could be overrated dramatically. He played at a lower level of college ball, but with the absolutely dominant program there so the question is whether he was ever challenged at NDSU playing against equivalently talented, or even more talented, teams. Playing at Wyoming (is that considered the Plains?), Josh Allen definitely was. Allen played pretty much every game with inferior talent to those across the line of scrimmage. Lance had all the advantages in his one year starting. Is he really that good, or was his performance just an artifact of his program’s dominance. I don’t know, but he is a much riskier pick than any of the other first round quarterbacks.