Today feels like the start of the 2021 NFL offseason because teams are allowed to start designating franchise tags to players. Because of this, I decided to delve into my first, just for fun, as realistic as possible, Minnesota Vikings mock offseason.

First, as it stands right now, the Vikings are around $9 million over the projected 2021 salary cap space of $185 million. To get under this, I made the following moves:

Second, I restructured Eric Kendricks, saving $4.8 million. This put the Vikings at around $7.6 million which is just enough to sign the incoming draft class. To free up more space, I distributed a few extensions.

Onto free agency! First, I take a look at the Vikings’ in-house free agents. I pass on both “big names” in LB Eric Wilson and S Anthony Harris. Instead:

2021 NFL Draft: I used the mock draft simulator per profootballnetwork.com

14: At the Vikings’ first-round pick, there wasn’t too much value, so a trade down ensued with the Jacksonville Jaguars in which Minnesota recoups its second-round pick by getting the 25th and 45th overall picks in exchange for the 14th pick.

25: DT Christian Barmore: An instant starter at three-technique and the best defensive tackle in this class, Barmore provides the type of pass-rushing ability the Vikings haven’t seen since Sheldon Richardson donned purple and gold.

45: DE Jaelan Philipps: This was a tough pick because while Philipps possesses the talents that should have had him locked into the first round, his medical history, which includes doctors who have told him to retire due to multiple concussions, could cause him to drop like it did in this mock draft. Philipps possesses the size, length, and versatility that the Vikings love in their DEs. He would add a lot to a rotation with Hunter, Odenigbo, and Lawson.

78: OG Dillon Radunz: With the third trenches pick in a row, I finally address the offensive line. Radunz, who primarily played LT for the Bisons, has the flexibility to play LG and fits the zone blocking scheme Minnesota employs. A player a lot like Ezra Cleveland whom Minnesota drafted last year, Radunz provides day one starter value and rounds out the Vikings 2021 offensive line.

90: S Ar’Darius Washington: Jeff Gladney’s former teammate rejoins him in Minnesota. The Vikings will need a starting safety with the departure of Anthony Harris and Ar’Darius Washington will have the opportunity to compete for that spot with George Iloka. Although he is smaller, Washington has physicality against the run and is adequate in coverage.

109: WR Tutu Atwell: I add to Minnesota’s receiver depth here with an undersized, developmental receiver who can produce from the slot and stress defenses. Atwell has the chance to compete for the WR4 job with incumbent Bisi Johnson.

Here is how I rounded out the rest of the draft: 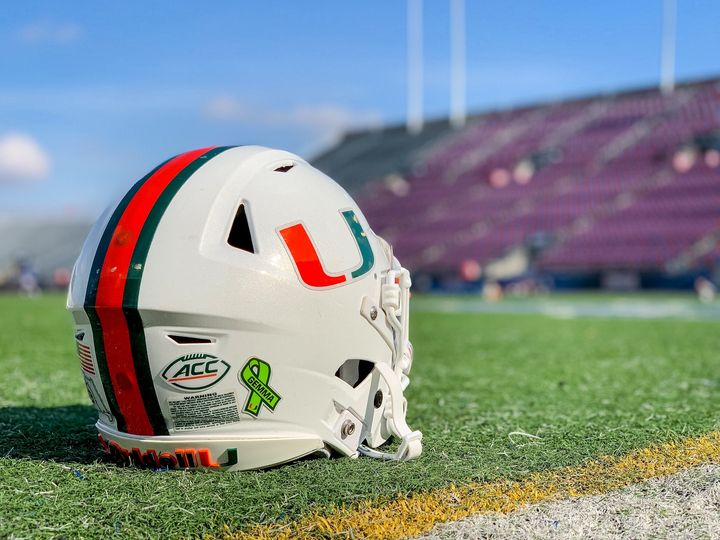 A Hurricane Everywhere for Vikings in 1st Round