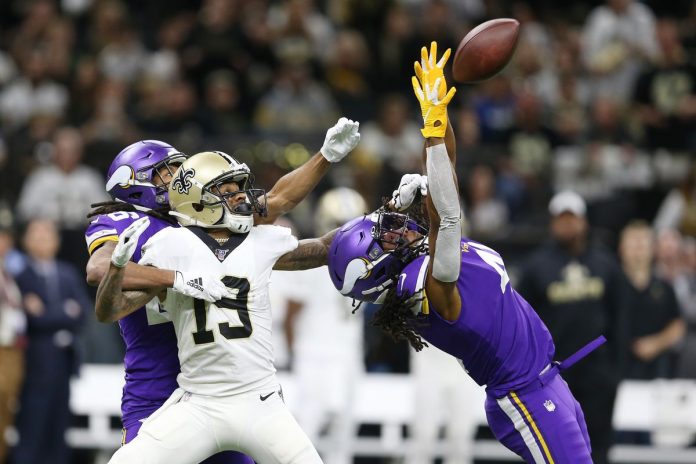 The 2019-20 NFL season has now concluded, and once more our beloved Minnesota Vikings have failed to reach the pinnacle of football glory that is triumphantly hoisting the Lombardi Trophy. Some people may view the world in black and white; to them, this was another meaningless season because they hold the Ricky Bobby worldview: “if you’re not first, you’re last.”

And while I myself share the agonizing thirst for a world championship that for over half a century has gone unslaked, I also understand that every single season there are 31 other fanbases who share in my disappointment.

So, in an effort to enjoy the grey area, I present my top five favorite Vikings memories from this past season.

Mike Zimmer’s philosophy when it comes to individual stats is well-documented: he doesn’t give a shit. His defensive schemes are heavily reliant on gap discipline, play execution, and never ‘freestyling’ in order to make a play. Nonetheless, three Vikings stood out on the end of season stat sheet.

Danielle Hunter put together another dominant year, racking up 14.5 sacks which tied with TJ Watt for 4th most on the season. To average nearly a sack per game in a system that stresses gap discipline and containment against mobile QBs is a testament to his sheer virtuosity as an edge defender. To do this consistently at age 25 is even more amazing. He is a franchise defensive player and we are lucky to have him in the purple and gold.

Dalvin Cook finally had the breakout season that Vikings fans knew he was capable of when he was selected in the second round of the 2017 NFL draft. He finished the season in the top-10 for/in every significant rushing statistic: 10th in yards (1,135), 7th in yards per game (81.1), 4th in touchdowns (13), his 75-yard touchdown gallop against Green Bay was the 7th longest rush of the entire NFL season, and he also moved the chains 60 times this year, good for 7th best in the league. Here’s the kicker: all of these stats were compiled in only 14 starts, as he did not suit up for the final two games of the season.

Perhaps the most (welcome) surprise of the season was the emergence of Anthony Harris. He was PFF’s second-highest graded safety behind only Justin Simmons of the Denver Broncos, and he finished with six interceptions on the year. Only two other players matched that statistic this season, and one of them was named the Defensive Player of the Year (Stephon Gilmore). Any Vikings fan worth his salt knows all about our beloved hitman Harrison, but his partner in crime shined as bright as any safety in all of football. Here’s to hoping this high level of play continues into next season and beyond.

NUMBER 4: IFEADI TO THE CRIB!

Being a Vikings fan from California, it’s a rare treat to see my beloved NFL team in person. However, when Minnesota traveled to San Diego Los Angeles to play the Chargers I made sure to snag some tickets.

Now, there were a ton of great plays in that game (Minnesota smacked the Bolts 39-10), but none was more majestic than the 56-yard fumble rumble that Ifeadi Odenigbo took to the crib. One of my favorite plays from the 2018 season, and honestly in Vikings history, was when Linval Joseph took an interception 64 yards to the house. This gave us one of the most iconic Vikings photos in recent memory: Oxygen Mask Linval!

Well, we may not have gotten an awesome photo out of it, but seeing Odenigbo choogle down the sideline and into the painted grass was well worth the price of admission and the defensive massacre of Rivers and the Chargers was a highlight of the season, earning Minnesota its 10th regular-season win.

Be sure to check back tomorrow for the top 3 plays of the season. SKOL!