Home Minnesota Vikings Opinion Analysis There is No Precedent for This 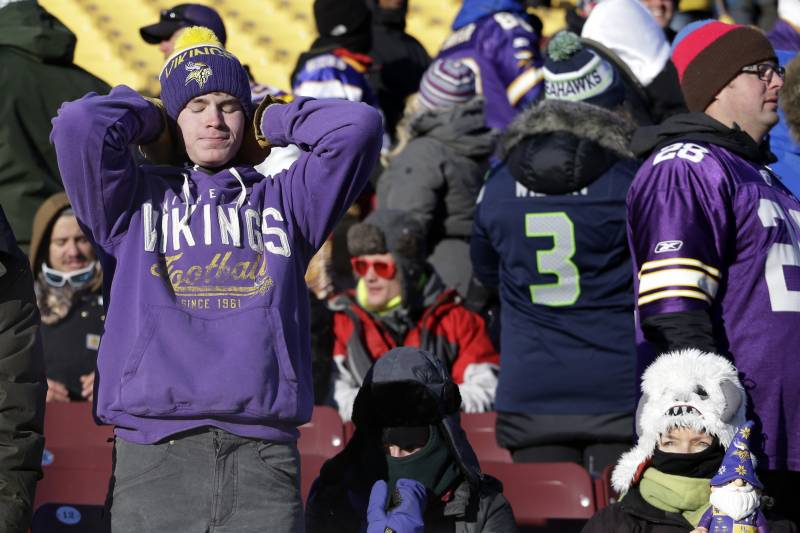 Last week in the season-opener versus Green Bay, the Vikings defense was thoroughly outclassed and could not get off the field. In the few circumstances that the defense was on the sidelines, Kirk Cousins’ offense was fairly commendable. Some of that can be attributed to the Packers relaxed defense, but the Vikings did show signs of competence in moving the football.

In Week 2, the offense was more klutzy than the defense. Cousins had his worst game as a member of the Vikings – or the member of anywhere – and the rest of the offense subscribed to the misery

The obvious kneejerk reaction is to denigrate Cousins’ contract as that is the fanbase’s go-to grievance. After that, the “fire Zimmer” crowd steps up the microphone and gives its myopic speech about jettisoning the seven-year head coach. Next, thesame folks that marveled at the Yannick Ngakoue trade now want general manager Rick Spielman canned. To round out the fun, there’s generally a clique that surmises the team should have kept Teddy Bridgewater or Case Keenum.

The frustration-infused talking points are predictable, stale, and repetitive. In fact, they’re voiced like clockwork after everydisheartening loss.

This time, though, that discontentment is even more palpable. Under Mike Zimmer, the Vikings have endured a missed field goal that would have sent the team onward in the 2015 playoffs, a bipolar 2016 campaign, a beatdown by the Philadelphia Eagles in the conference championship the following year, and now this putrid launch of an already-weird 2020 season. These two losses would perhaps feel different if they occurred during the guts of the season, but the first-impression aspect is particularly mystifying.

Why does this Monday morning feel so bleak? Because there is no precedent for this.

The Vikings have, of course, encountered rough patches since 2014. It’s how the NFL works – even the Brady-Belichick Patriots were beset by woeful segments of seasons. Yet, these set of happenings for Minnesota feel different than other ones in Zimmer’s tenure.

Minnesota was defeated by the San Francisco 49ers in the first game of the 2015 season. To this day, that contest feels wasoddly lifeless and bizarre. But the Vikings immediately fixed thefluky ordeal. The Detroit Lions and San Diego Chargers were next up on the 2015 schedule, and the Vikings dispelled them with relative ease. That time, Zimmer had the antidote. It was really just an elixir of execution and fundamentals that was necessary, and the Vikings were on the mend.

There could still be a cure for what ails Minnesota right now, but it feels over the hills and far away. A splash of defensive pressure here, a run-stopper in the middle there, a quarterback spreading the football around, and commitment to running the football have seemingly been kidnapped. While the personnel in 2020 may not be All-Pro types to remedy these shortcomings, Zimmer has a documented history of extracting the best of what he does have on his roster. It just hasn’t happened yet.

Ergo, this may be a replica of the 2015 start to the season with an additional game added on for maximum pain. Minnesota won the NFC North that year, but one would never know it [at all] by watching the Week 1 showdown against the 49ers.

For this to be a 2015 redux, the winning must start next Sunday versus the Tennessee Titans – a nasty dance partner to fix a hitch in the giddy-up.

Minnesota made the best of injuries to Teddy Bridgewater and Adrian Peterson in 2016 for the first month-and-a-half of the season. The team snarled its way to an undefeated 5-0 start with the defense and special teams manhandling opponents.

After the bye week, reciprocity was inflicted on the franchise as the Vikings offense sputtered and the extracurricular touchdowns dried up like the Aral Sea. Zimmer’s Vikings collapsed and were owners of a 6-6 record the week after Thanksgiving.

Adam Thielen and Stefon Diggs were coming into their own that year, the Vikings ground game earned more laughs than Jim Gaffigan, and the Danielle Hunter-Eric Kendricks combination was developing. That team was not at the zenith of talent, but it navigated a path to 8-8 erstwhile creating excitement and griefalong the way.

These 2020 Vikings should be able to at least that. The roster underwent turnover, but it’s not a group of 53 morons. There are smart, talented, and proven football players on this edition of the Vikings – even if some are younger men.

Just as the team sprinted to a 5-0 start in 2016 and disintegrated into a mediocre team in 2016, the 2020 Vikings have the roster meat to follow suit. Certainly, that’s not what the goal was a few weeks ago, but the prognosis shouldn’t be as vile as to “tank” for longhaired college quarterbacks.

You know, the game that propelled wideout Stefon Diggs to explore witness protection.

If your recollection of that inconsolable affair in Week 4 at Soldier Field is one of “I knew they’d turn it around,” you are lying. The solemn belief after that game was that team wasinept, Cousins was a bust, and that Zimmer should be terminated. Sound familiar? The team was at a tangible crossroads and most folks figured a descent into gridiron hell was inevitable.

Low and behold, that hypothesis was smothered in regency bias borne for The Digital Age that we embrace. The Vikings took their lumps, Diggs came home [for a while], Cousins got incredibly hot for nearly two months, and Minnesota punched a ticket to the postseason – where they pounded out a win in New Orleans that ranks quite high in the team’s vault of memories.

Let’s be clear: Absolutely nothing about the in-game performances from the Green Bay or Indianapolis games implies the Vikings are sure to trounce the Titans this weekend. If anything, the lackluster output should signal another loss.

However, Mike Zimmer has not allowed this team to write an obituary this grim in any season to date. He may not be owed the benefit of the doubt by every Vikings loyalist, but his overall body of work suggests this team is better than the decomposing product we’ve seen this September.

There’s no precedent for a Zimmer team to start 0-2 in a season, but Zimmer’s resumé should mandate that this squad is significantly better than one with an eye on a high draft pick in 2021.

Since he took over in 2014, the Vikings are the NFL’s seventh-best team via win percentage. That is not an accident.

There is still a pulse, albeit a faint one.