Thursday night, Ravens rookie kicker Naare Vedvik went 4/4 on FGs, with a long of 55, sending kicker-needy teams into a frenzy. Because the Ravens have the most-accurate kicker in NFL history in Justin Tucker, there’s an almost zero-percent chance that he is Baltimore’s kicker for the upcoming season. What Vedvik did do, was increase his odds of making a team (not named the Ravens) and for good measure he even showcased his versatility in the form of a strong punting performance (long of 58).

The Vikings are unlikely to make a move for Vedvik, as we saw what the trust of a rookie kicker did to the team last year with Daniel Carlson, but that’s not the point here.  Currently the Vikings only roster one kicker, Dan Bailey. Bailey hit 75% of his FGs last year, well below his career average of 86.6%. Bailey has also struggled in camp, being unable to show any form of consistency (to Bailey’s credit, he is working with multiple long snappers and holder).

So, if the Ravens, who have the best kicker in the NFL have a second kicker in camp, why don’t the Vikings? Who, currently, are trotting out a declining, veteran kicker who has instilled no confidence to this point that he can make a clutch kick, whether it be in a game or practice.

Many teams, like the Ravens use a second kicker in camp to drive competition, or at least scout a second leg in case of emergency. Sometimes, it even surprises for the better, where a rookie will beat out a veteran (see: Harrison Butker taking over for the solid Cairo Santos in KC a couple of years ago).

Poor performance aside, Dan Bailey having no competition is inexcusable. If the job is Bailey’s, fine, but at least look at what young legs are out there with Bailey proving to be unreliable to this point. If you don’t trust a rookie because of team expectations, that’s also fine, but bring in Matt Bryant or another veteran (Kai Forbath, anybody?) to put pressure on Bailey and go into the season confident in a veteran kicker.

The Vikings need another kicker in camp. At worst, you put some pressure on Bailey and scout a potential leg for the future. At medium, he becomes a small trade chip, like Vedvik is about to be for Baltimore. At best, you find your Harrison Butker and future kicker. If (When?) the Vikings kicking game fails, I won’t be mad at Bailey. He’s showing he’s a 75% kicker with no signs of improvement through practice. Instead, I’ll be mad at the front office for showing a lack of desire to improve an area of the game fans are all too familiar with being the Achilles Heel. 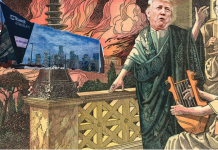