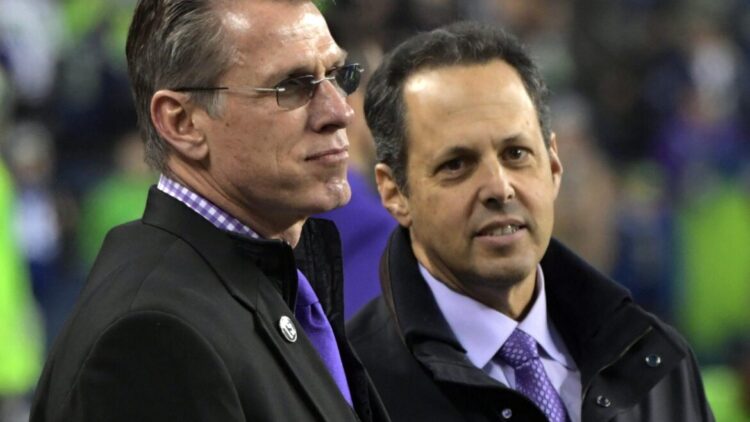 With the Minnesota Vikings being eliminated from playoff contention as a result of their Sunday night loss in Green Bay, focus now turns to the draft. Specifically, where the Vikings juicy first round pick will land. After Sunday’s action, Minnesota sits at the 12th overall pick. Here are some possible scenarios for the position of the Vikings first round pick.

They are tied with the Broncos and Falcons in terms of record, but those teams would currently pick before the Vikings due to strength of schedule. With wins by those teams and a Vikings loss next week, Minnesota likely would move at least up to No. 10 in the order.

That said, Atlanta plays New Orleans, and Denver plays the Chiefs. Neither of those are gimme wins. In fact, it’s very likely that both teams lose. It’s also worth noting that the Vikings would jump the Seattle Seahawks if they can come away with an upset of Arizona. Another longshot, but it’s another game to add to the mix.

Additionally, Chicago beats Minnesota next week, the Vikings would jump them in the draft order, meaning just one of Atlanta, Denver, or Seattle would have to win for Minnesota to crack the top 10. Otherwise, they are guaranteed at least 11th with a loss. If all three of the teams win, the Vikings could jump up to 8th based on strength of schedule.

This scenario is a little murkier at the moment with the results of Monday night’s matchup between the Browns and Steelers being unofficial. As of now, Minnesota would be ahead of both teams going into week 18’s slate. Assuming Cleveland wins, that would make a list of four 8-8 teams (Browns, Dolphins, Saints, Ravens) while the Steelers would be just ahead of Minnesota at 7-8-1.

In this scenario, the chance of the Vikings moving too many spots down the board is low. The only team that has a lower SOS right now is Miami, whose pick goes to Philly. The Ravens and Steelers also play each other, so if Baltimore wins that game, then Minnesota will finish with a better record than Pittsburgh.

That means, unless there is some serious shuffling in SOS based on Sunday’s results, the lowest the Vikings will likely land is 14. Meanwhile, if the Steelers win at least one of their final two games, there is a chance Minnesota could stay put at 12.

At the end of the day though, it is likely that the Vikings will land somewhere in the top half of the board, regardless of win or loss. A loss guarantees them at least 11th, while a win could push them down into the teens.