purplePTSD.com – Local Minnesota Vikings News
Home Around the League The 2020 NFL (Off)Season & COVID: What We Know 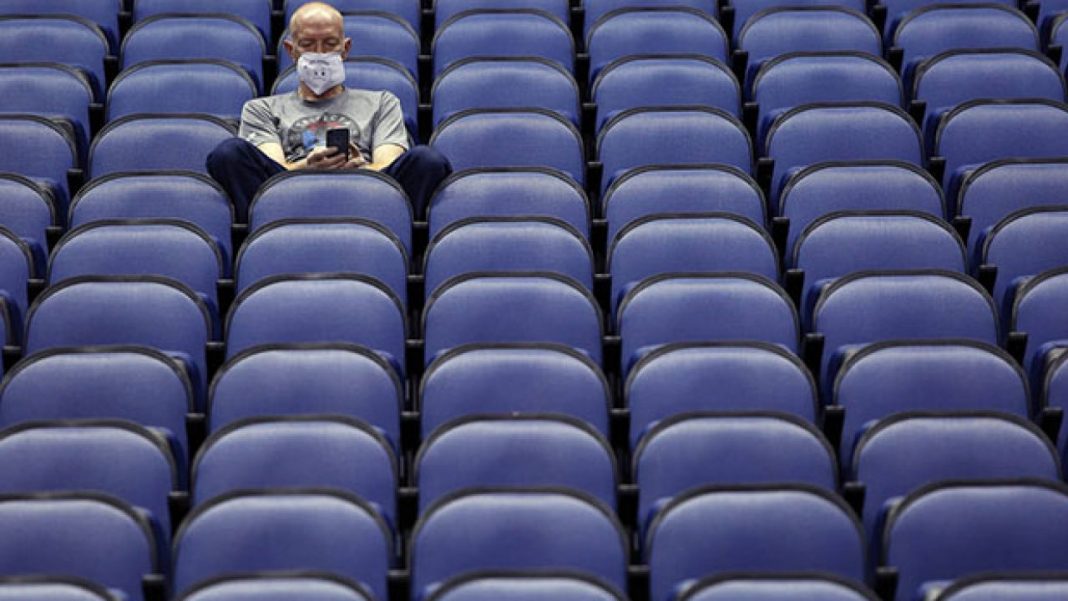 When the NFL released the schedule for the 2020 season recently their was near universal rejoicing across the NFL landscape. From writers to podcast hosts, fans to those in the advertising realm, everyone seemed happy. However, you may have noticed that I didn’t mention the NFL players or it’s coaches, and that’s for good reason.

During my appearance on KLGR’s The Scoop today I talked about the Vikings/Saints game that is scheduled on Christmas Day. In that interview I wondered aloud whether or not that, combined with the lack of a full off-and-pre-season schedule to get into game shape, would create a (larger) rift between the NFL’s players and its owners.

That was based on the things I’d heard from people I respect around Vikings media. That wasn’t and isn’t something concrete enough to warrant an article, though. I instead held out on writing anything until I’d heard something from either someone in Vikings media that I trust or from one of my few NFL sources.

Well it looks like someone beat me to the… how does that saying end? Beat me to the punch? I know that’s it but it sounds very strange. How can someone beat you to your own punch? Or, do they mean the guy your about to fight beats you to throwing the first punch? Are all of our idioms based on explanations from those who get knocked unconscious easily?

What did he say about how the rest of the off-season and upcoming pre-season would go?

• Minicamps would be canceled.

• Fans would not be allowed to watch training camp practices, and training camp might be cut back one week, limiting potential exposure to the virus.

• Teams that play in states in which governors won’t allow teams to play would instead practice and play in the closest state that does.

• There would be no fans at the stadium for the Super Bowl.

That’s pretty drastic but not surprising, as there’s one thing that the NFL values above all else.

The NFL gets the bulk of its money from its TV contracts, and apparently they wanted to move forward with the 2020 season as they just couldn’t justify forgoing those deals (even though other major sports have done just that.).

That would be fine if everyone involved was okay with it. Clearly we aren’t going to be able to watch a lot of these games in person, but that doesn’t mean that the games can’t be played. So, what do players and coaches think about moving full steam ahead with the 2020 season?

I’ll let Freeman explain what his source (who happens to be a NFL coach) said:

The coach explained that players and coaches want to play, but some are also extremely worried about the risks they are taking with their health.

He said some older assistant coaches—those in their 60s—are especially concerned because of the evidence that the coronavirus hits older people particularly hard.

Across the league, the coach added, numerous coaches have been having serious conversations with their families and are wondering if it’s worth returning once the NFL season begins. He wouldn’t be shocked if a small number of assistants decided to stay home this coming season.

Those are valid concerns, as the NFL hasn’t been known to be exactly proactive in situations like these (albeit less important for the health of everyone involved). Freeman rightfully raises the question as to what would happen if a player on a team’s defensive line tests positive after a game.

Perhaps the NFL has answers to those questions and maybe those involved in the league are aware of those answers/policies. Or perhaps the league shouldn’t be moving forward with the 2020 season until, at least, until they have a reliable COVID-19 test.

As this article from NPR states, the 15-minute test has near a 15% failure rate, meaning that if you were to test the players on both sidelines, about 16 players’ tests would be faulty. That’s simply not good enough and unless you’re quarantining the entire league and it’s players after determining who is and isn’t infected (which they’re obviously not going to do, nor should they), you are just opening yourself up to a complete PR disaster at best.

Imagine if one player dies, or scars their lungs up to the point that they can’t play in the league anymore. You’d think that this would open the league up to countless lawsuits, on top of the public’s reaction to coming back this way.

Then again it looks like the NFL isn’t alone in their plans to have a season. However, other major sports (in the United States, anyway) don’t involve tons of gigantic sweaty men laying on top of one another, or going face to face in the trenches for an hour of playtime.

The only thing close would be the NBA, the league that started the whole let’s pause the 2020-21 season indefinitely thing when a coils of its players tested positive for the virus after doing this:

As someone who makes their living by covering the Vikings, and who has worked for almost five years to build a coalition of local, independent websites, podcasts and YouTube shows across the five most popular sports in Minny (The NFL, NBA, MLB, NHL, and NCAA football) for a new news/content/community app called UFFda! (and it’s website counterpart, UFFda.MN)… Obviously I want things to go back to normal as quickly as possible.

However I also don’t want to do that by sacrificing the health or wellness of the players we cover. Morally of course, but there’s also the final con to this pros and cons breakdown and that’s that if they do come back too soon they might risk being shut down for much longer than they otherwise would have if they’d waited.

Waited for what? A better test, namely, or for a time when the virus wasn’t as prevalent as it will be thanks to people literally protesting to be able to get back to work so we can all essentially look at the last couple months as a waste of time and resources.

Sure, even a small flattening of the curve helped hospitals tremendously, but if we were going to reopen the economy before there were any reliable tests (in terms of quality and accessibility), or before there was a vaccine, then why shut things down at all? Why add the massive economic pain that has come from the shut down if we weren’t going to see the shut down through?

Because as recent states have shown, namely Minnesota and Oklahoma, reopening their economies will and has lead to an increase in infections and deaths. Beyond that, because of faulty tests we don’t really even know how many people are infected.

Beyond THAT we are still learning new things about COVID like the strange Kawasaki disease like condition that COVID can create in young children or that there are more than one strain.

Luckily, September is still a long ways away, so hopefully there’ll be better more reliable tests by then as well as better grasp on the virus as a whole. While that may be too soon for a vaccine, perhaps the federal government will have stepped in by then to assist with the second wave of COVID that’ll inevitably come as states continue to loosen restrictions.

Otherwise, by Labor Day football very well could be the last thing on people’s minds.

Tagged: activities, Mini-camp, NFL off-season plans, organized team activitiee, what is the NFLs plan for 2020 and corona, will the NFL have training camp