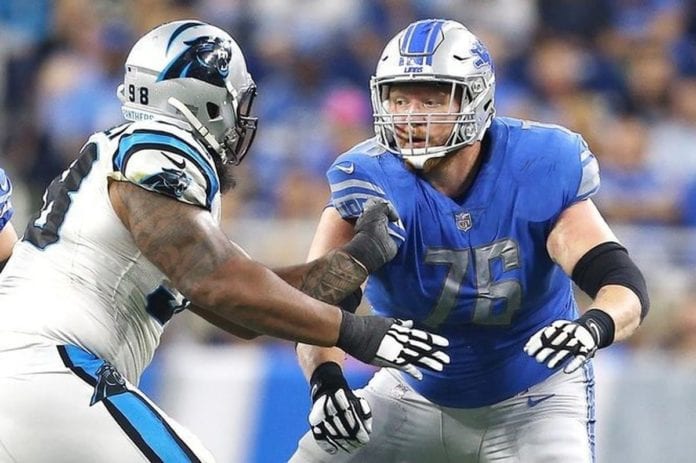 As Free Agency swiftly approaches, NFL teams have been quick to lock up any offensive lineman they can get their hands on. Just this week, the Tampa Bay Buccaneers re-signed their left tackle Donovan Smith to a $41.25 million contract to prevent him from hitting the open market. Likewise the Pittsburgh Steelers locked in guard Ramon Foster, who was ready to start talking to other teams in a few days, to a two year deal. The Los Angeles Rams appear to be making moves to retain Rodger Saffold. Most recently the Rams cut starting linebacker Mark Barron, a move that gives them $6.33 million to throw at Saffold. The Giants traded away a talented pass rusher in Oliver Vernon, as well as some draft capital, for the rights to guard Kevin Zietler’s contract. Even non-offensive lineman are getting paid if they can help fortify the line. On March 6th the Ravens cut starting safety Eric Weddle to free up cap space, and the very next day they handed that money to tight end Nick Boyle. Boyle is a near non-factor in the passing game, catching 23 passes for a career-high 213 yards last year, but is well respected as a blocker. NFL Teams are willing to pay for anybody who is able to block opposing defenders.

That leaves teams with clear needs at offensive line with few options. For every player who re-signs with their team, the supply of available players gets smaller. With so many teams demanding this talent on the market, weird signings and imperfect moves might happen. For the Vikings, those moves might include the newly released T.J. Lang.

As a guard, T.J. Lang is a less than ideal solution for any team. He will be 32 years old in the 2019 season. That’s certainly not too old to play the position, but it does amplify injury concerns for a player who suffered a season-ending neck injury just last year. In fact, Lang has not stayed healthy through a full 16-game season since 2014, when he was 27 years of age. Lang would be even less of a fit with the Vikings, who are looking to use a Zone-Blocking scheme with new offensive coordinator Kevin Stefanski. This scheme makes sense with athletic linemen like second-year tackle Brian O’Neill and agile running backs like Dalvin Cook, but not for T.J. Lang, who is best used as a run blocker in a Power Running scheme that lets him take defenders on man-to-man.

Still, the Vikings have a severe need for guards. Last years’ guard combo of Mike Remmers and Tom Compton was perhaps the worst in the league, particularly in pass blocking. Lang’s benefit to the Vikings would come primarily as a pass blocker. Scheme fits and injury concerns aside, if Lang could get back to the level he played at in 2016 and 2017 (his two pro-bowl years) he would tremendously improve the offense. With so much invested at Quarterback with Kirk Cousins, Stefon Diggs with an extension, and Adam Thielen in his prime, the number one priority of the Vikings should be to give the passing game time to work. In an incredibly weak free agency market with few choices, T.J. Lang could be the risky and inexact solution for Minnesota in 2019.