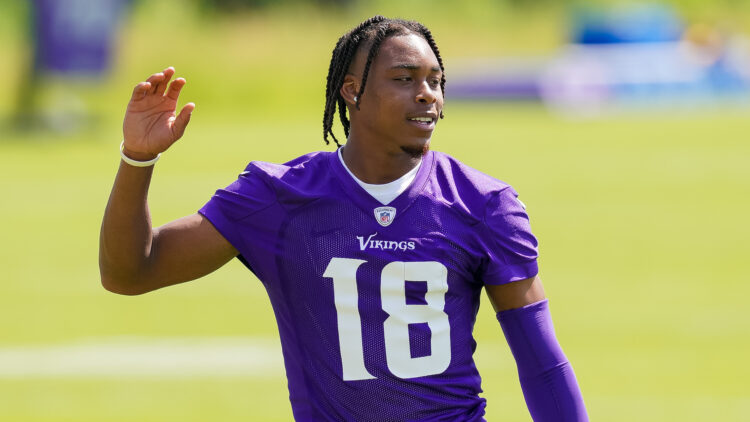 If you started any of the Vikings offensive players last week in Arizona, you probably came away happy. Kirk Cousins threw for three touchdowns; one each to Adam Thielen, Justin Jefferson, and K.J. Osborn. In addition, Dalvin Cook rushed for 131 yards. Despite the loss, it was a good day for the Vikings in fantasy, and another promising week is on the horizon. Here are the players to start and sit as Minnesota goes into their home opener against Seattle.

To put it simply, Kirk Cousins has been fantastic to start the 2021 campaign. He is one of two quarterbacks to throw 5+ touchdowns without an interception. As chance would have it, this weekend he plays against the other quarterback that meets this standard, Russell Wilson. The previous two times these players have met, the games have been exciting with big scoring numbers, and this one forecasts as more of the same.

Through two games, the Seahawks have allowed a whopping 10 red zone drives, most in the NFL. Assuming this trend continues, Cousins should be in line for multiple touchdowns once again. Captain Kirk is a great streaming option.

This is based on the fact that Cook has sat out all of practice this week with an ankle injury. He got banged up against Arizona this past week, and it doesn’t seem that it’s gotten much better. At any rate, we may be seeing more of Alexander Mattison this upcoming weekend even if Cook is good to go.

In addition, despite getting torn up in the second half by Derrick Henry last week, Seattle’s run defense is not nearly as bad as it looked. They held Jonathan Taylor to 56 yards in the opening week and had Derrick Henry in check for some time before the wheels came off.

Another week, another touchdown for Mr. Consistency. Adam Thielen has found the end zone in seven of the Vikings past nine games going back to last season, and he should have plenty of chances to score again this week.

As aforementioned, Seattle has regularly let opposing offenses reach the red zone, but they have done a decent job of holding teams out of the red zone. If Minnesota expects to win this game, they will need to rely on Thielen in this part of the field.

With Dalvin Cook sitting out of practice again on Friday, things are looking bleak for his availability. Because of that, Minnesota will likely have to rely on their passing game to move down the field. Jefferson has had a somewhat quiet start to the 2021 season, but last year at this time, he was still on the bench before a week 3 breakout.

We know what Jefferson is capable of on a football field, and a relatively easy matchup against Seattle’s secondary. The Seahawks have given up 543 passing yards through two games, and there’s a good chance for the sophomore receiver to eclipse 100 yards.