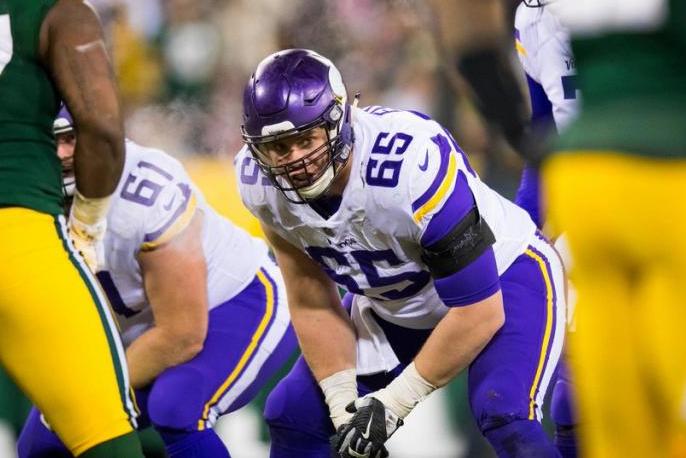 The Vikings were not very active in the first wave of free agency despite losing four defensive starters. They will likely sign depth pieces in the second wave, but still have several holes to fill in the draft. With there being so many spots to fill  how do they prioritize them? Let’s rank the needs of the team based on scheme importance and current talent on the roster.

Kirk Cousins is one of the most durable quarterbacks in the NFL, but behind him on the depth chart there isn’t much to speak off. Sean Mannion didn’t win any fans after his performance in week 17 vs the Bears, and Jake Browning has yet to really get a chance to shine. While it is not a priority just yet, it wouldn’t hurt the Vikings to take a QB in rounds six or seven.

The interior of the defensive line is now the position on the team with the most depth. The addition of Michael Pierce fills the void left by Linval Joseph. Shemar Stephen looks set to start again in the three technique spot despite a poor season. Armon Watts was a pleasant surprise last season and looks to compete for snaps at both spots, while Jaleel Johnson, Jalyn Holmes, and Hercules Mata’afa look to make the most of  the snaps in their respective spots. Don’t be surprised if the Vikings add a pass rushing specialist to this group, despite it being the deepest position on the team.

Obviously this becomes a greater need if Anthony Harris is traded. Until that happens the Vikings just look to replace the likes of Jayron Kearse and Andrew Sendejo. Athletic Hybrid players like Tanner muse and Demarkus Acy can be drafted in the later rounds, and would likely contribute immediately. Minnesota’s special teams took a hit with the departure of so many players and  it is very important they fill the void

Minnesota shocked their fan base when they traded beloved wide receiver Stefon Diggs. His departure leaves a hole , but it’s not as big as most would think. Adam Thielen missing about two months of football and Diggs Still only saw ninety-nine targets. Assuming Thielen sees about a fifty target increase from his sixty-two, and adding in newly signed receiver Tajae Sharpe there isn’t room left  for a highly drafted receiver. Trading up and Drafting a receiver like Jeudy or Lamb just to limit them to 50 targets would be a waste. A late round speedster on the other hand would be a welcomed addition. A player that can make the most of limited targets, and force teams to play deep zone coverages. Keep an eye out for players like Devin Duvernay, and Jeff Thomas, Also an Irv Smith jr breakout year could more than make up for the absence of the “Miracle Man”.

Riley Rieff is as average as it gets at left tackle which is still impressive. In today’s league it is hard to even find a consistently average player to play on the offensive line and the Vikings know that well. Considering that  his cap hit is a hindrance in 2021 he will likely be a cap causality. It would be in Minnesota’s best interest to draft a talent this year to groom to start next season. Ezra Cleveland, and Prince Tega Wanogho are two second round talents that could benefit from a year in a NFL system before becoming a starter.

Ifeadi Odenigbo is expected to step in for Everson Griffen, but it would be unfair to leave it to just him to make up for loss production. In today’s NFL you need four to five pass rushers,  and Minnesota currently has two. Look for them to add three to four guys in the Draft and Undrafted free agency to help shoulder the load. Khalid Kareem, Alex Highsmith, and Alton Robinson are a couple of high upside edge rushers that could fit well in a rotational role.

The cornerback room is extremely thin after the release of the top three starters. Ex-Viking Xavier Rhodes played more coverage snaps last season than current Vikings Mike Hughes, Holton Hill, and Kris Boyd combined. There are still solid options in free agency like Logan Ryan,and Ronald Darby. they are in good position to draft depth, but it’s not a good idea to rely on them to contribute right away.Factoring the history of Hughes and Hill the Vikings will likely need to spend two draft picks to add to the cornerback room.

The guard play on this team has been holding them back for the last three years, especially the left guard spot. Upgrading the  position should be the highest priority for the rest of the off-season. The surprise release of right guard Josh Kline creates an additional need on a line that already desperately needed to upgrade. one of the Vikings top three picks should be on an interior offensive line player , unless a trade is made for a starting caliber lineman one of the top guards in the class should be drafted by Minnesota. Cesar Ruiz, Matt Hennessy, and Lloyd Cushenberry are viewed by many as the top three at the position in this upcoming class. 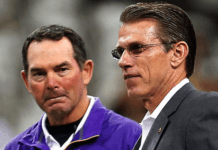