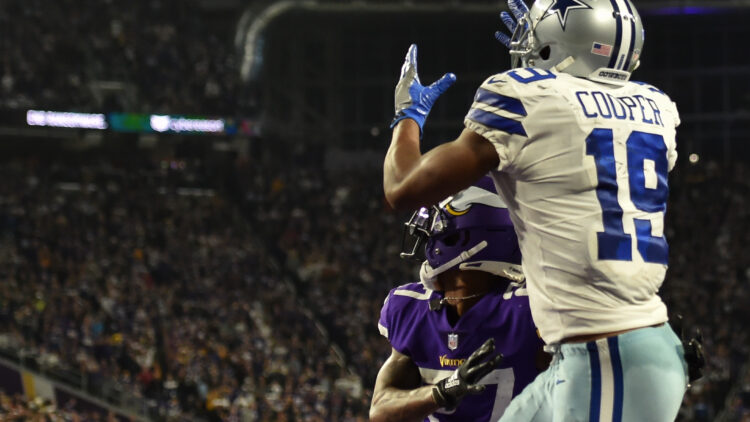 The Minnesota Vikings had their opportunities Sunday Night against the Dallas Cowboys on the primetime stage. They jumped out early, with a 75-yard first-drive touchdown. Thanks to the former Dallas Cowboy, Xavier Woods (INT, sack, FF), they won the turnover battle. They led going into the half, and when Dallas received the ball with 2:51 remaining in the game. So, how did Minnesota leave their Sunday Night contest with a 3-4 record, a half-game behind the Carolina Panthers for the final playoff spot in the NFC?

There is no one-size-fits-all answer to the Vikings’ offensive woes this year. Their inability to turn turnovers into points and finish off drives can’t and shouldn’t go unnoticed. However, this is at least the second time this year that Vikings’ poor situation football played a role in a close loss.

Looking back to the week 2 matchup against the Arizona Cardinals, most fans attribute the Vikings’ loss to a missed routine 37-yard field goal by Greg Joseph. But what is a “routine” kick in today’s NFL, when not even extra points are a gimme (reference week 5)? If you dig further into that week 2 game, you would recognize that the loss was a direct result of the Vikings’ poor situational football. Minnesota had a 2nd-and-1, the ball was on the Cardinals’ 19, with :40 remaining and one timeout. The timeout left the entire playbook open for the Vikings, with the opportunity to move the ball closer for a game-winning field goal. Instead, Zimmer opted not to take advantage of their timeout, instead running the clock down before kicking the field goal. The rest is history.

Jump back to last night’s game.

Once again for the Vikings, poor situational football left them holding another useless timeout heading into the locker room at the half. With :24 remaining, Kirk Cousins was tackled at the Minnesota 34-yard line after picking up a first down. Rather than burn the team’s final timeout of the half, Coach Mike Zimmer decided to let his team–for lack of better words–play on. Chaos and confusion ensued, with Cousins trying to rush his team back to the line of scrimmage.

When asked about not taking the timeout before the half after the game, Cousins responded:

“I just let Zim handle the timeouts, because I never know quite what the coaches want to do with what they’re thinking, a play ahead or what that may be […] So I was just gonna let them handle that and call the next play if we’re not getting it.

We may need another article to explain why the Vikings’ handsomely-paid veteran quarterback, in his fourth year with the team, is either not trusted or unwilling to handle the team’s timeouts in crunch-time. For the sake of this article, however, at the bare minimum, the coaching staff needs to have its players on the same page when it comes to situational football–especially inside 2-minutes. The entire offense looked confused following the Cousins scramble, particularly the QB’s wide receivers, leading to a nearly :20 run off of the clock and a missed opportunity for Minnesota to add points before the half.

Given, turning a 1st-and-10 from your own 34 with :24 and no timeouts remaining into points is no cakewalk; it does seem like an all-too-common reality for the well-coached, Tom Brady- and Aaron Rodgers-led teams of today’s NFL, though. Taking the timeout would have at least given Minnesota a chance.

Let’s jump ahead to the Cowboys final go-ahead drive.

Leading 16-13, the Vikings looked poised to hold the Cowboys’ offense to a game-tying field goal after forcing a 3rd-and-16 at the Minnesota 25-yard line. Zimmer called a timeout to preserve time for his offense, an intelligent decision. Then, inexplicably, coming out of the timeout Zimmer called the team’s second timeout, that was inadvertently granted by the officials. Having to call a timeout coming out of a timeout is not only a sign of poor coaching, it’s a penalty if it is erroneously granted. The Vikings were assessed a 5-yard penalty and loss of their second timeout.

Again, the Vikings’ poor situational football led to a trickle-down effect that directly correlated to the Vikings’ eventual demise on Sunday night. 3rd-and-16 became 3rd-and-11, which was converted by the extra-effort of Ezekiel Elliot; the Vikings were forced to burn their final timeout; the Cowboys scored a touchdown to take a 20-16 lead; and the Vikings, needing a touchdown, were unable to put any drive together with :51 remaining and no timeouts.

A 6-point (2 Joseph field goals) second half will not win you many games, but the Vikings’ poor situational football inside of 2-minutes was inexcusable for a playoff hopeful. From the coaching down, the Minnesota Vikings need to get on the same page, period. Smart decision-making and team fluidity are staple of the championship-caliber teams in the NFL, and, right now, Minnesota isn’t one of them.