Mike Zimmer and The Irony of Minnesota’s Struggles 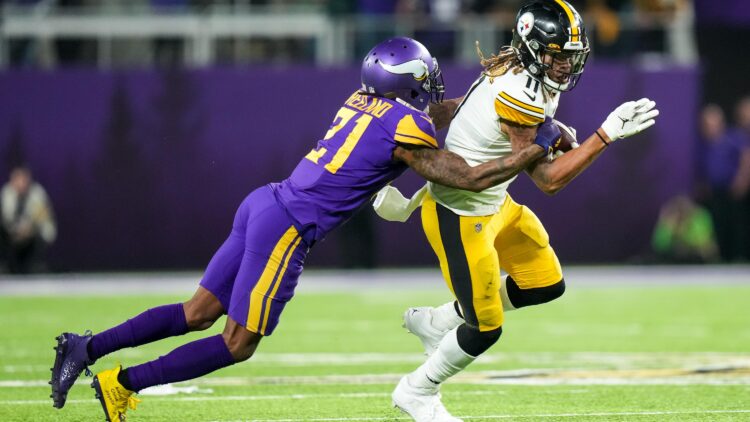 Mike Zimmer was brought into Minnesota to change the culture. The strategy, quite evidently, involved putting together an elite defense and a methodical, ball-control offense. The peak occurred in 2017; unfortunately, the team has been unable to get back to that winning formula since then.

Last year, it was easy to overlook the team’s deficiencies on defense. The Vikings had to navigate an unbelievable amount of bad luck. People forget that the plan heading into the season was to have Mike Hughes and Holton Hill as the team’s starting corners; obviously, that didn’t work. They also had to navigate Michael Pierce’s opt-out as well as season-ending injuries to Danielle Hunter and Anthony Barr. Partner all those things with the talent drain in the offseason and the short-to-intermediate term injuries and Zim was mostly forgiven.

The offseason additions, of course, sought to address the issues in the Mike Zimmer defense. There have been moments of brilliance, but the defense has mostly been underwhelming in 2021. The result has been various calls for the defense to finally step up and for basic competence from the secondary. There has also been no shortagle of digital ink devoted to finding a new head coach.

The numbers aren’t particularly inspiring. The team is 25th in the league in points allowed per game, a brutal 25.6. Opposing offense are averaging 4.7 yards per carry. The absences of Dalvin Tomlinson and Michael Pierce – which is to say nothing of Everson Griffen and Danielle Hunter – didn’t help, and yet the point remains that the defense has often gotten beat bad on the ground. Several weeks of poor pass defense means that the Vikings are now ranking toward the bottom of several major passing categories, as Dustin Baker details over at Vikings Territory.

Worse yet is that the defense has faltered in inopportune times. The Detroit game stands out as the worst example; after all, Jared Goff had no timeouts and less than 2 minutes left on the clock. For an inexplicable reason, Zim opted not to bring pressure, instead letting Goff move the ball down the field with ease. There was also the meltdown against Dallas and the near giveaway against Pittsburgh. Aaron Rodgers overcame his sluggish start to the game to pick up huge stats, and Baltimore was allowed to erase multiple two-score leads.

The irony, then, is that this team would be a shoo-in for the playoffs if the defense played up to what we were all expecting. Mike Zimmer certainly had high hopes for his side of the ball. The cold reality is that they’ve fallen fall short of those expectations. If the Vikings do finish the year in the manner we’re expecting – either outright missing the playoffs or sneaking in before an early exit – then the team will likely pivot toward a new head coach.

That’s occurring largely because the defense has been bad and the defensive head coach hasn’t been able to fix it.