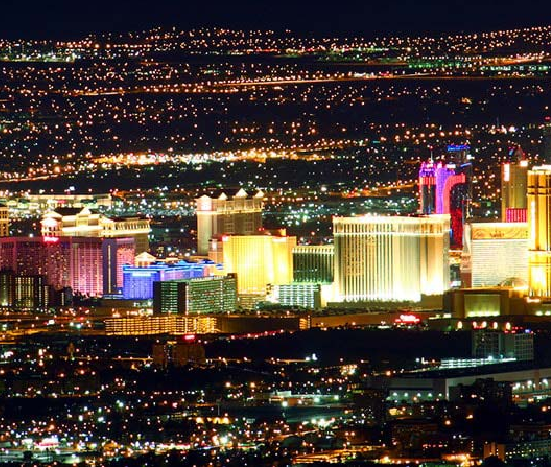 I’ve been writing about the Vikings since May of 2015, at least on this site, but really talking/arguing about the Vikings online since the days of hoping that you’d be able to even get online because it was 7 p.m. on a Friday night and AOL gets really crowded so you might end up getting a busy signal. Outside of the divide between those who thought that the team should keep Randy Moss and the objectively wrong people who thought that the team should move on (like Dante Culpepper), I’ve never seen a topic divide the fanbase like Kirk Cousins has. The morning that the news broke that the Vikings were eventually going to sign Kirk Cousins I posted a poll, of sorts, on the purplePTSD Facebook page. It was listed about five or six hours before the news of Cousins coming to Minnesota was actually announced, and the numbers were pretty consistent with what is the final result now, with about half of the around 250 votes being tabulated at that point in time.

That amount is surprising as it seems like of the 10 or so writers for both purplePTSD and VikingsTerritory.com, it’s about 80:20 or 70:30 against Cousins signing. Most of the concerns about the signing are based on how expensive the contract is, but as we learned last night on the purpleJOURNAL Podcast’s guest Michael Rand of Randball in the Star Tribune, the Vikings could potentially front load the contract to the tune of $37 million the first year, leaving a much more reasonable cap hit of under $24 million the second and third years when the Vikings will need additional space for the re-signings of players like Anthony Barr, Eric Kendricks, Stefon Diggs and Danielle Hunter. Regardless of where you stand on Barr, it’s looking like the people in Las Vegas (or that have access to the internet) are bullish on Cousins joining the Vikings as the news that he was close to signing with the Vikes improved the Vikings odds to win the Super Bowl tangibly.

Before Cousins, the Vikings, who were one of four teams left at the (near) end of the season, had 16-1 odds according to a betting site I came across that gives reviews for legit sportsbooks for betting on the NFL (Legally), and after the news of Cousins hit those odds improved to 12-1 (the same odds as Green Bay and also the fourth best odds in the NFL behind the Patriots, Eagles and the Steelers). Now, far be it from me to complain about the perception of the Vikings from the national… Anything, but it’s objectively laughable to compare a Vikings team that is this loaded (on paper and in reality) to a Packers team that, sure, just added a great tight end in Jimmy Graham but that also lost it’s leading receiver in Jordy Nelson (who died of natural causes/old age and that has no running game), a defense that is spotty at best and terrible at… Reality and really is just Aaron Rodgers and Jimmy Graham at this point. That just goes to show you how far an elite quarterback can get you and while I’m not saying that Cousins is as good as Rodgers, I would bet that he’ll end 2018 with better stats and the Vikings a better record than the Packers.

However, the way that these odds makers work is based on the expected amount of people who are going to bet on certain teams as well as the chances of each team making it to the top of the mountain that is the Super Bowl and while those things often go hand-in-hand, it’s clear that at least some of this is based on the amount of Wisconsinites who bet on their team regardless of reality (it’s the same people that actually believe they own the Packers because they live near Green Bay and black out in the parking lot of Lambeau once a week). The Packers have been named as a favorite from the NFC by people in the “know” as well, which is equally laughable or really, more laughable because these guys are getting paid for their takes and not paying money in Vegas. So. I feel like someone has to take offense to that fact and I’m glad to be that guy because I’ve been the largest proponent of Cousins joining the Vikings and I do genuinely feel like their chances of making the Super Bowl just increased to about 50:50. The Eagles, who are the Vikings’ obvious competition, have lost/are losing some players to free agency, which is what happens after a team wins the Super Bowl, so while they’ll be harder to beat than they were last year now that Wentz is back, I do think that the fact that the Vikings stole John DeFilippo from the Eagles also increases their chances and is something that Vegas should(‘ve) taken into account.

Every Vikings writer has an opinion or set of opinions about what happened in Philly during the NFC Championship game and while the turnovers hurt, and the defense basically choked, the main problem with that game was that head coach Mike Zimmer was entirely outclassed by Eagles head coach Doug Pederson (Which added to the aforemetioned choking). That’s not a dig at Zimmer, as Pederson also outclassed the best coach of all-time (for now) in Bill Belichick but I’d bet even more money than I mentioned above that Zimmer’s first question after DeFilippo accepted the offer to be the Vikings offensive coordinator was something along the lines of; “What the F*** Happened?!?”. Adding DeFilippo will change things in Eagan, as the Vikings were one of two teams in the league that weren’t getting up to the second stats from Pro Football Focus, and considering how that impacted the decisions the Eagles made, it looks like the Vikings are moving into the … 2016. Beyond just stats, though, the Eagles offense ran a lot of run/pass options and so it’ll be interesting to see if that’s what DeFilippo brings now that he has Cousins, a QB that ran a lot of sneaks in D.C. (hence his 13 rushing touchdowns the past three seasons). Either way, it’s interesting to see what the national talking heads/oddsmakers think about the Cousins move. Despite my anger, it was clearly an upgrade over the other three options (that all are going to be starting in 2018), so I’ll put my money where my mouth is… I only wish I’d done it last week.