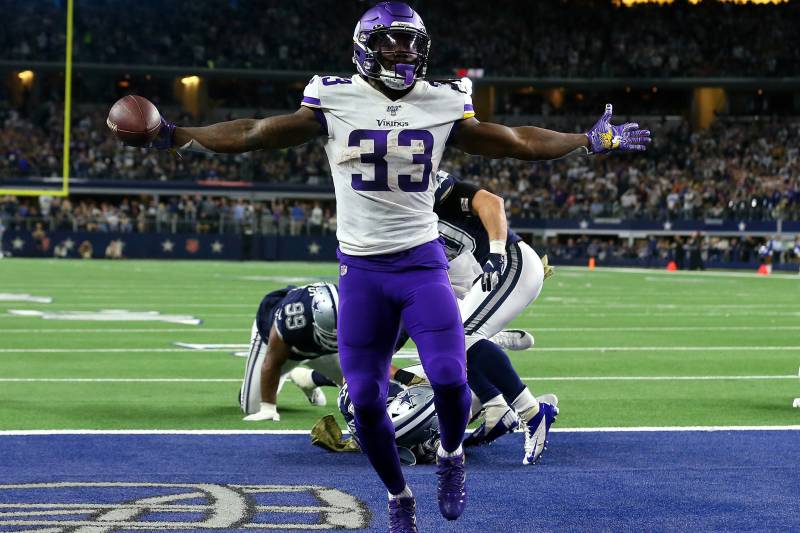 The 2020 season, by any stretch of the imagination, has been an unmitigated disaster thus far for the Minnesota Vikings. Following last season’s run to the NFC Divisional Round, this was supposed to be the year that the Purple and Gold finally paired Mike Zimmer’s stout defense with a formidable offense to reach new heights, even the Super Bowl.

Suffice it to say, that hasn’t happened yet. However, there remains ample time to turn it around. If the Vikings are poised to do so, running back Dalvin Cook will have to show that he is worth the five-year extension that he signed just before their Week 1 loss to Green Bay.

A new contract for Cook was one of the top priorities for Minnesota heading into this past offseason. Cook had been picked in the 2nd round (41st overall) of the 2017 Draft as the heir apparent to Adrian Peterson, who had departed the Vikings in free agency for New Orleans.

While injuries, including a torn ACL, hampered Cook in the early going, he flashed his potential through his first two seasons. In 15 games, he ran for 969 yards at 4.7 yards/carry, caught 51 passes for 395 yards, and totaled 6 touchdowns. Expectations were high for Cook going into 2019, and he did not disappoint.

Cook started the year off with a bang, rushing for 111 yards and 2 touchdowns in a Week 1 victory over the Falcons, and didn’t look back from there. He topped 100 yards in fiveof the Vikings first sevengames and had 823 rushing yards and 9 touchdowns at the midpoint of the season. Unsurprisingly, the Vikings sported a 6-2 record and looked like one of the best teams in football.

Flash forward one year later and Cook hasn’t gotten off to another brilliant start. Through two games, he looks closer to the player that averaged just 3.3 yards/carry in the second half of the 2019 season (although some of that production can be chalked up to a chest injury).

So far this season, Cook has carried the ball a total of 26 times for 113 yards and hauled in just 3 receptions for 6 yards. That’s a far cry from the nearly 4 catches and 10 yards/catch that he averaged last year. Even though he has rushed for 3 touchdowns and 3 2-point conversions, that kind of production is not what the Vikings were hoping for when they gave Cook $63 million, including $28 million guaranteed.

Of course, Cook isn’t the only one to blame for his poor output. The Vikings defense has allowed at least 28 points in consecutive weeks for the first time since 2016. Cook has only gotten 6 total carries in the fourth quarter as the Vikings have needed to abandon the run game to try to overcome double-digit halftime deficits.

The success of the Vikings is tied as much to Kirk Cousins and the defense as it is to Dalvin Cook. When Minnesota is able to get the ground game going, it opens up the passing game for Cousins and takes pressure off of the defense, allowing Zimmer to get creative and control the pace.

The team also needs to get better play from their offensive line, which has looked shaky especially after second-year guard Dru Samia took over for the injured Pat Elflein. With a must-win Week 3 matchup against a Tennessee Titans defense that’s allowing the 10th-most rushing yards per game in the league, Sunday is the perfect opportunity to let Cook loose and help get the season back on track.