purplePTSD.com
Home Opinion Gary Kubiak, The QB Whisperer, and his Influence on this Explosive Vikes... 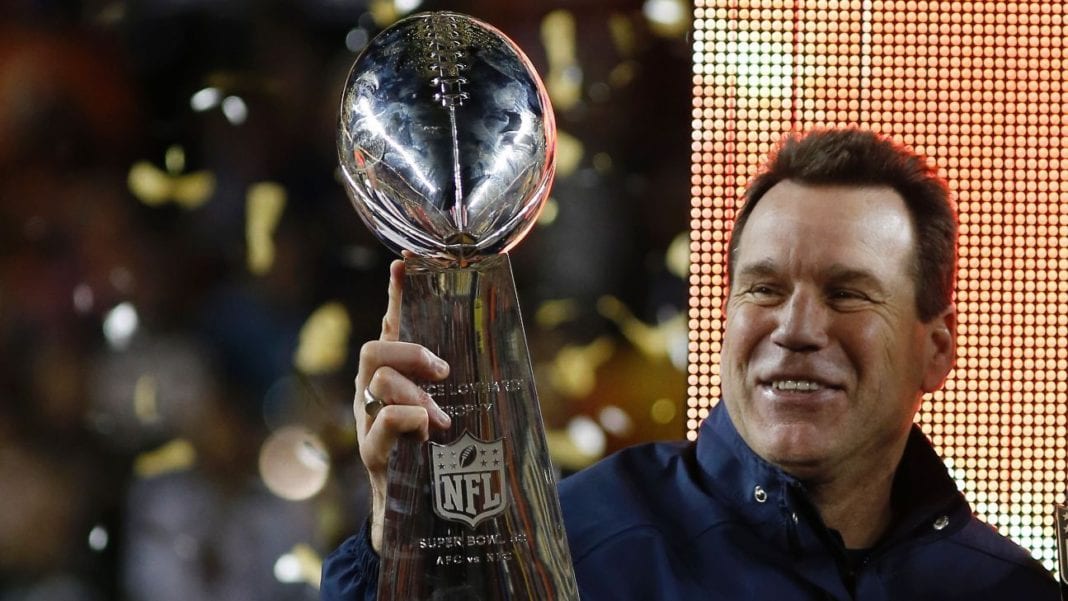 If you ever listen to my Podcast, ‘Morning Joes’, you’ll know that I’ve been a big fan of Gary Kubiak (and those he’s brought with him like offensive line coach Rick Dennison) since the Vikings announced his hiring last off-season. The best, and most concise, way to explain the multitude of things I’ve said about the move is that “If the Vikings do end up making a deep run into the playoffs or dare I say, end up winning the Super Bowl, we’ll be able to look back at the hiring of Kubiak as the catalyst that got the Vikings over the hump and to the promised land”.

Despite my off-season enthusiasm it didn’t look like Kubiak had much of an influence early in the season on the Vikes’ offense as the they started 2-2 (which is a half a game better than their 1-2-1 record a year before), losing two close games to Green Bay and Chicago thanks to some terrible decisions and play from their quarterback, Kirk Cousins. However, the Vikings offense/Cousins has/have exploded in the past month-plus, helping keep the team in contention for the playoffs and NFC North Title, and they have Kubiak to thank for that.

First, let’s take a quick trip down memory lane to assess just who Kubiak is, or rather, how successful he’s been as a coach in the NFL.

Since 1995 as a head coach Kubiak has had offenses that ranked inside of the top 10 (in net yards per attempt) 12 times. Also, in that same time span, he’s had teams whose scoring offenses have cracked the top ten 11 times. He’s also been able to get a lot of improved production out of nearly the exact same units year-to-year. Remember when Joe Flacco was considered an elite quarterback? You can partially give Kubiak credit for that as he came in to helm the 2014 Ravens offense.

A year after the Ravens won the 2012 Super Bowl, they fell back to earth on offense in 2013, ending the year as the 30th “best” rushing offense and 29th “best” overall offense. In 2014, the sole year that Kubiak was with the Ravens, they were 8th best in rushing and in 12th in overall offense with essentially the same starters on offense.

In his time as a coach, Kubiak has been known mostly as a quarterback guru and champion. In his career he’s either played or coached in seven Super Bowls (three as a player (with Denver) and four as a coach), winning three as an assistant coach with the Broncos and 49ers and winning Super Bowl 50 as the head coach of the Broncos when Peyton Manning was their quarterback.

In the six games since that 2-2 start, the Vikings have gone 5-1, losing their only game to the Kansas City Chiefs by three-points (those points coming as time expired). While that all sounds positive the reality is that without the explosive offense the Vikings have (mostly) shown over that span, the Vikings record and thus season could be in much, much worse shape. The Vikings defense has been mostly “Meh” during that stretch, being at it’s best a ‘Bend-don’t-Break’ unit that has given up tons and tons of yards and then has bailed itself out by coming through in the red-zone (to allow more field goals than touchdowns).

If not for that offensive prowess, lead by the 1-2 punch of third-year running back Dalvin Cook and followed by quarterback Kirk Cousins (and company), both of which have been discussed as potential MVP candidates this season, then it wouldn’t be surprising if the Vikings could be .500 or worse at this point in the season.

So it should come as little surprise that the offensive explosion the Vikings have seen after the Week 4 disaster in Chicago can be traced back to the hiring and coaching decisions made by Kubiak and his right-hand man, Rick Dennison, who is known for his zone running scheme.

Ask head coach Mike Zimmer himself, who said of the hiring of Kubiak and company this week (according to ESPN.com):

“It’s probably the best thing that’s ever happened to me since I’ve been here.”

Zimmer, who is known as a defensive genius but one that has often given carte blanche to the offensive coordinator on his staff, has dedicated himself to consistent improvement as a head coach (especially after reports of “toxic leadership” ) and players being unhappy about his verbal diarrhea at times when speaking to the media). Kubiak is a wealth of knowledge on the other side of the ball and Zimmer is able to speak to him at length, which is obviously a huge benefit to the team and to Zimmer’s own acumen.

“He’s very smart. I talk to him a lot about what he’s done as a head coach. We talk a lot about offensive and defensive football. I just love his demeanor and the way that he and [offensive coordinator] Kevin [Stefanski] can communicate during the games and also during the week on game plans.”

The decision to bring Kubiak in was done after a season in which the Vikings felt they had squandered a third of the time they had with high priced quarterback Kirk Cousins. It was really hard for them to learn anything from that season, too, as there was really no chance to see what worked with Cousins and what didn’t as the offensive line collapsed, bringing the run game down with it and leaving Cousins to essentially run the offense by himself.

Add the infighting between then offensive coordinator John DeFilippo and Zimmer, and you have yourself a wasted season. So if anything could right the ship, it’d be someone like Kubiak who was added to assist new offensive coordinator Kevin Stefanski. Basically bringing in one of the most knowledgable offensive minds in NFL history to assist the longest-tenured coach on the Vikings coaching staff. Melding internal knowledge with general, super in-depth football knowledge. It seems like a match made in paradise.

And so far that’s been the case. Again, according to ESPN.com, Vikings offensive coordinator Kevin Stefanski has said of Kubiak:

“Having him around has been invaluable to me, this my first year doing this so having somebody that I can bounce ideas off of both during the week and during the game and then on top of that, you guys know Gary — great person. In terms of working together, I think he among all of our staff, I’d point out to every single one of our coaches, I think it’s a really great working environment where we could get a lot done and respect each other’s ideas and thoughts. And Gary’s certainly at the forefront of that.”

So it shouldn’t be super surprising that Cousins, a quarterback that some have said could be an elite system QB under the right system (by “some” I mean me), is flourishing with Kubiak’s help. Through ten games this season Cousins’ 112.0 passer rating is third in the league behind some guys named Russell Wilson and Patrick Mahomes. Since the Week 4 beatdown in Chicago, Cousins is completing 71.5% of his throws (also third in the league), with 15 touchdowns to just one, I repeat ONE, interception (that bounced off of Diggs’ facemask). He’s also been fourth in the league in QBR with 73.7 since Week 5.

Cousins discussed Kubiak’s influence on the offense, again according to ESPN.com:

“You’re under center a little more often than maybe you would be in other systems, there’s a lot of timing and rhythm, which I would say is true of anywhere you go: Quarterback coaches are going to preach timing and rhythm. I would say with this system, with Gary and Klint [Kubiak, quarterbacks coach and Gary’s son] and Kevin, it’s heavily emphasized and they’re not going to let you get away with not playing in timing and rhythm.”

Whether it’s been a conscious decision to include more of what Kubiak has been pushing for or whether it’s just taken some time for the team to acclimate to Kubiak’s system (or whether it took time for the team to learn how Cousins performs best with, you know, an actual offensive line in front of him and a great running back behind him) doesn’t really matter (at least for the sake of this article). What does matter is that it’s clear that Kubiak has a better understanding of what works with these players than Stefanski or DeFilippo before him.

Now, that might not be fair to DeFilippo as he didn’t really have the same tools that Stefanski/Kubiak do, but that’s why you bring in one of the best offensive masterminds the league has ever known. Because the Vikings have some pretty amazing tools on this offense and the Vikings do understand that and they also understand that the window of opportunity to win a Super Bowl is only open for so long. So, I applaud them for doing the right thing and leaving as little to chance this season as possible by hiring Kubiak and bringing his entire team along with him (I also applaud Stefanski for reportedly being the one to broach the idea with Zimmer and company and also being level-headed enough to accept the help that Kubiak brings).

It’s clear, though, that a lot of this success is thanks to the domination in the run game thanks to third-year back Dalvin Cook (who is proving to be the best overall running back in team history). That domination, too, can be traced to Kubiak, or rather his aforementioned right-hand-man, Rick Dennison and his zone-blocking scheme. That scheme and the success it brings sets up the play-action to perfection and as a lot of you know Cousins is an elite level play-action quarterback. That’s been the key, though, as we saw in Green Bay during the second week of the season, Cook can’t do everything. The Vikings were unable to win that game despite Cook’s amazing output mainly because of Cousins’ inability to get much going in general.

That struggle may have helped Cousins in the long-run, something he touched on while talking about Kubiak:

“I think Gary having been a quarterback in this league, knowing how difficult it is, knowing what you need to be successful, I think there’s an awareness of all that has to take place for a passing game and an offense to come together and to be productive, and I think that awareness makes a difference.”

Regardless of the when, why or how, it’s clear that Kubiak’s influence has been nothing but positive for this Vikings team. Now if the defense (namely the secondary) can play like it has been for the past couple seasons, there’s not denying that this team could make a run deep into the playoffs this season. If they do, I think it’s safe to say that, again, we’ll have Kubiak to thank as the catalyst that got this team over the hump. 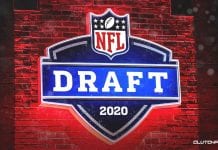