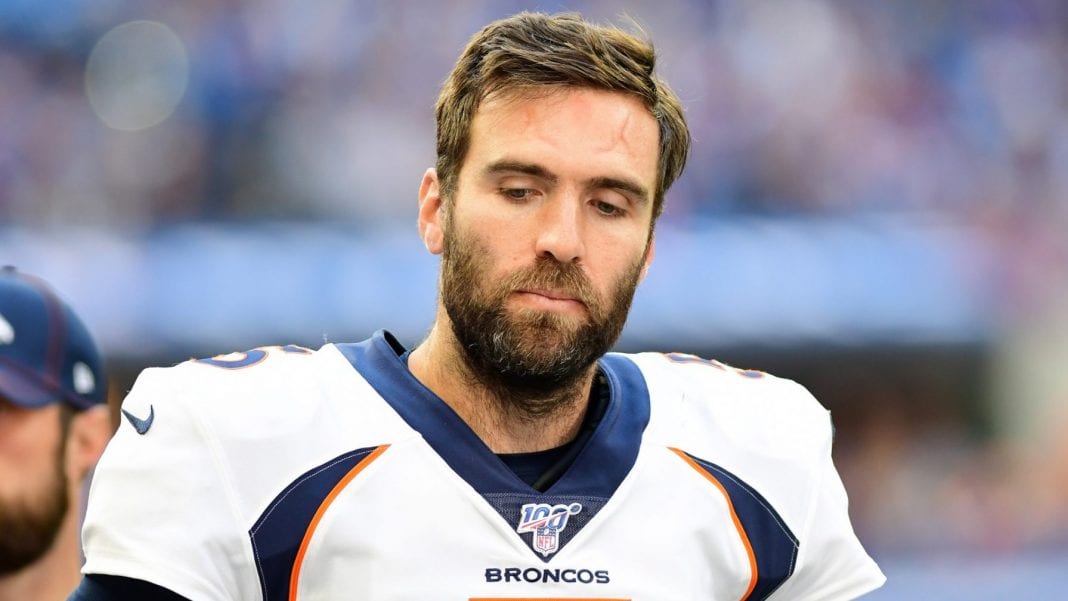 The Minnesota Vikings have a quarterback type, or at least under Zimmer/Spielman they do. That type is guys who mitigates risk and will stick to the script at all times. You can see that with Kirk Cousins, current backup Sean Mannion, and newly drafted rookie Nate Stanley. Looking back at how they used Teddy Bridgewater you can see it too. It always felt like Teddy was best in the two minute offense because they finally took the reins off and let him play.

That makes them a good candidate for current free agent Joe Flacco. Flacco, a former Super Bowl champion and Super Bowl MVP, is searching for his third team in as many years. He started half of the games for the Denver Broncos last season, but threw just six touchdowns to five interceptions and just over 1,800 passing yards.

Now, you might be thinking that it would be a bad move to pick up a guy who’s 35 and is certainly in a downward trajectory, but have you considered the alternative that the Vikings roll forward for another season with Sean Mannion as their only true backup? If you don’t like Kirk Cousins and his tendency to check the ball down, wait until you have to watch Mannion struggle to throw a ball over 20 yards.

I’m being a bit unfair to Mannion, but it seems that the Vikings “plan” is to use Mannion as a second quarterback’s coach. In that regard, Mannion is a great fit. He seems like a smart guy who can council Cousins when need be, but he brings zero to the field. If the Vikings could make the money work for Flacco, and get him to accept a backup role, it could help Cousins immensely with his wealth of knowledge and experience winning big games.

Flacco’s experience in big games is to just let his defense win for him, so he would fit in perfectly with Zimmer. Picking up Flacco would be a somewhat confusing move and the butt of quite a few jokes, but it could be one of those signings that makes all the difference.