Home Minnesota Vikings Opinion Analysis Drafting a wide receiver in the first round would be a disaster... 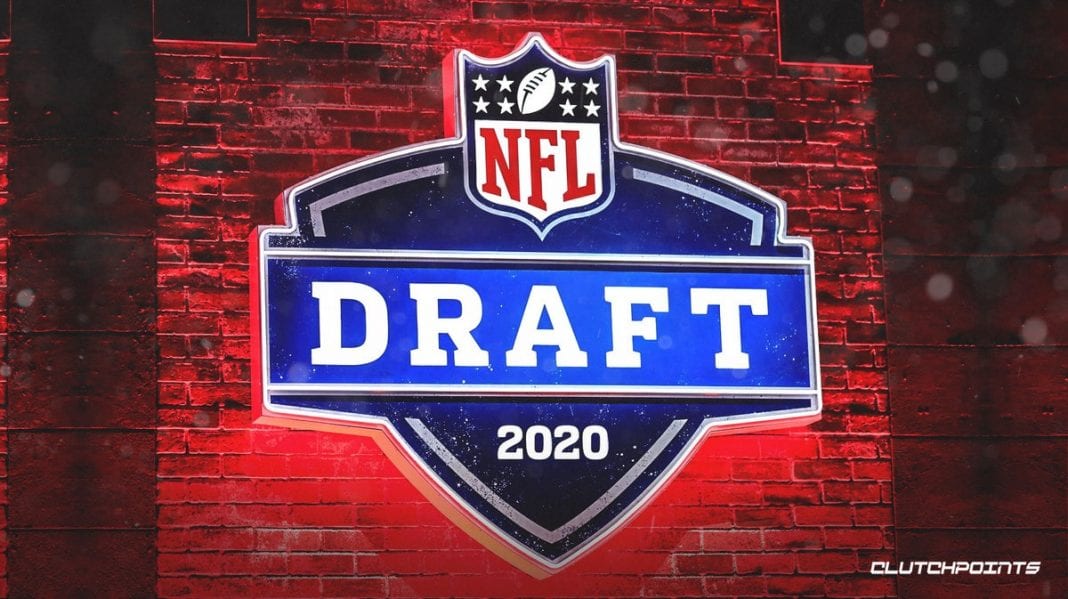 It was the last game of the season, desperation time.

The Minnesota Vikings walked into Mile High Stadium on December 30, 2007 and needed a win on the road against the Denver Broncos, and a Washington Redskins loss, to punch their ticket to the playoffs in the final wild card spot.

The first quarter of the game was scoreless, and a slow highly methodical chess match seemed to be playing out between the two teams until halfway through the second quarter.

The Vikings had the ball on their own 28-yard line, finding themselves behind 7-3 with 6:51 left in the half. Tavaris Jackson lined up under center and launched a perfectly thrown deep pass to a wide-open receiver. The ball sailed flawlessly 60 yards in the air, and hit the turf at the 20-yard line after falling straight through Troy Williamson’s hands.

That play was one of Williamson’s two crucial drops of the game as the Vikings eventually fell in overtime, missing out on the playoffs for the sixth time in seven years.

While the writing was on the wall for a few months, the official news of Moss’ departure caught many by surprise, and come draft day many fans and members of the organization were clamoring to use the newly acquired first-round pick on Moss’ replacement.

The wide receiver hysteria resulted in the Vikings selecting Troy Williamson with the seventh overall pick, passing up the SEVEN eventual Pro-Bowlers taken from eighth overall to 15th overall. The selection was deemed a “reach” at the time, and that is the nicest adjective someone could use to describe Troy Williamson’s career with the Minnesota Vikings.

Using their newly acquired first-round pick to instantly replace Randy Moss was a complete disaster for the Vikings.

Now, another big name receiver, Stefon Diggs, has just left the team and I think it’s a good time to step back, evaluate the mistakes of past management, and come to grips with the shortcomings of the current regime. You may never find a bigger proponent for Minnesota Vikings General Manager Rick Spielman than myself, and yet even I think that he needs to do some self-reflection and realize that he cannot evaluate first-round wide receiver talent properly.

And he just can’t rebound.

A rebound is when a couple breaks up, and one (or both) of the individuals find a new partner to date or sleep with shortly after the breakup. They’re hurt, they’re lost, they’re vindictive, and they need to fill the hole left by the breakup. Some do it for revenge, some do it to take their mind off their ex, but the main thing is that most of the time the person ends up with someone worse than their ex.

The same is true in football.

A successful wide receiver rebound is, of course, when an organization successfully replaces the player. A perfect example is when the Denver Broncos traded Brandon Marshall to the Miami Dolphins in 2010, and proceeded to use their first-round pick on Demaryius Thomas.

An unsuccessful wide receiver rebound is when Percy Harvin broke up with the Vikings and forced a trade in 2013, the team selected Cordarelle Patterson with the 29th overall pick (their third first-round pick) instead of drafting DeAndre Hopins, who went 27th.

An unsuccessful wide receiver rebound is when the Vikings broke up with Mike Wallace after an extremely underwhelming and unexpected performance in 2016, the team selected Laquon Treadwell with the 23rd overall pick instead of drafting Michael Thomas who came off the board two receivers later.

Rick Speilman just cannot have a successful wide receiver rebound, and yet we find ourselves in the same position. Stefon Diggs just broke up with the Minnesota Vikings, leaving the team with a handful of extra draft picks, and fans are clamoring for the team to take a receiver in the first round.

Have you people learned nothing? This is advocating for a general manager to spend a first-round pick on a wide receiver when they have whiffed at every similar opportunity they have been given. This is letting your buddy with four DUIs keep his car keys at the bar after multiple tequila shots because “he has to have learned his lesson by now”.

In fact, this is the one draft I am very confident Spielman and company CAN select an eventual replacement for Diggs, or at least, not a complete failure, if they stay away from the first round.

The 2020 NFL Draft is one of the deepest wide receiver drafts in recent memory. The field is riddled with eligible receivers, any of whom can become good to elite playmakers for their team, and Spielman has the track record to show he can pick out starting caliber mid-round receiving talent.

In fact, having a superstar wide receiver is nice, but it isn’t exactly necessary in the first place.

I recently wrote an article which you can find here that evaluated stats for the past 20 Super Bowl winners to find similarities and trends. Out of the past 20 Super Bowl winning teams, only six of them had a receiver that finished top-10 in league wide receiving yards that year. Going even further, almost half of those teams didn’t have a receiver that finished inside the top-20.

So explain to me again why we should let a GM ­— who has a horrible track record with first-round receivers — use a first-round pick on a receiver when the team has other glaring holes to fill and having a star wide receiver isn’t even necessary to win a Super Bowl in the first place?

If your answer is, “We are paying a quarterback almost $30 million a year, he needs to have weapons to throw it to!” let’s look at the past.

For the uninitiated, Kirk Cousins started his career in a place where loyalty runs thin, winning has been foreign, and the term “roster construction” is commonly confused with what they do on the roadways in the summer and fall.

For the three years in which Kirk Cousins was the full-time starter for the Washington Redskins, his premier targets were; an aging Pierre Garcon, an aging DeSean Jackson, and the glass-for-bones Jordan Reed. During this time, Cousins averaged 4,400 yards and 27 touchdowns, including his nearly 5,000-yard season which earned him his first Pro-Bowl in 2016.

Yes, Adam Thielen missed most of last season, but last time I checked, two years ago he set the NFL record for most 100-yard receiving games to start a season. Kyle Rudolph, who has been slower than continental drift for the past few seasons, just had the second-highest yards after catch average of his career, and Irv Smith Jr. ranked in the top-10 for tight end catch percentage in his rookie season.

Olabisi Johnson had a very promising rookie year, and the newly acquired Tajae Sharpe, alongside a rookie draft pick, will round out a very competent receiving corps.

Yes, of course the Minnesota Vikings should aim to bolster the receiving corps in the draft. But unless people want to risk throwing a first-round pick away by drafting the next Troy Williamson, Cordarelle Patterson, or Laqon Treadwell, take a step back and advocate for what Rick Spielman does best.

Use the first round picks on defense or offensive line; draft a receiver in the early to mid rounds of one of the deepest wide receiver classes in recent memory.