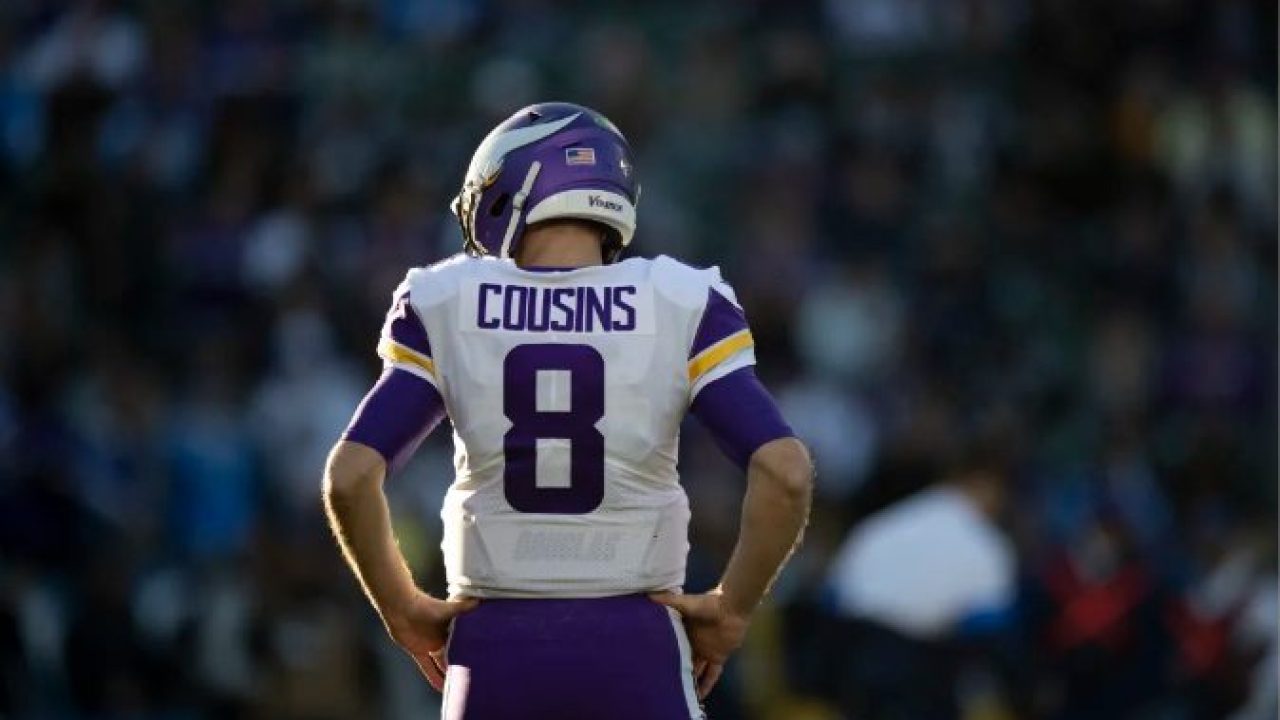 This week, ProFootballNetwork.com featured Minnesota Vikings quarterback Kirk Cousins as the “emperor of garbage time” in an article that detailed which players thrive when a football game is essentially lost. The metric for garbage time was defined as a team trailing by 16+ points in the second half of a game. For instance, when Cousins and the Vikings marshalled a 20-point comeback versus the Denver Broncos in 2019 — that was borne of garbage time and nestles fittingly inside ProFootballNetwork’s metric. The same is retroactively true for the New England Patriots Super Bowl LI triumph over the Atlanta Falcons – a tale birthed from garbage time.

That’s the baseline for the metric – the second half, trailing by at least two scores, and the numbers compiled during performance under those pretenses.

The Vikings indeed trailed in the second half during several games in 2020. The team finished 7-9 and manufactured its worst season under head coach Mike Zimmer. So, when Cousins’ name arose as the culprit for garbage time in 2020 – the label of “Garbage Time Emperor” was slapped onto his resume.

The makeshift analysis makes absolutely no mention of his performance outside of its self-defined garbage-time parameters. And that is bizarre when assigning the emperor title. Objectivity be damned.

Most 2020 TDs in 2nd Half of Extremely Tight Games

While the Vikings endured their fair share of shellackings during the pandemic season, the organization also participated in some close games. In fact, Minnesota was the only NFL team to encounter more than two games that were determined by exactly one point.

How did Cousins perform in 2020 during tight games? Well, he only led the league in passing touchdowns.

Here’s the deal: one cannot be labeled as a garbage time anything when performance is at an optimum during non-garbage-time situations. There is a stark malfunction of brainpower if one cannot impartially recognize this.

Had Cousins collapsed in tight-game moments and registered a number like “1” or “2” touchdowns during the within-three-points metric – then garbage time would be a reasonable term to assign. But Cousins didn’t do that. He led the NFL in touchdowns passes in games within three points during the second half. His output in those circumstances was the antithesis of garbage time.

A temptation percolates to surmise something like, “So what? He threw some tight-game touchdowns in a single season.” But Cousins’ production in non-garbage-time timeframes predates the 2020 season and even the three-point metric.

Cousins joined the Vikings in 2018. Since then, here are the leaders in another anti-garbage time metric:

Most Touchdown Passes in 2nd Half / Score Margin of Game within 10 Points / Since 2018:

This is relatively decent company.

It proves that Cousins is among the NFL’s best when games are somewhat close in the second half of games. If one’s eye-test or narrative refuses to acknowledge it, bias is apparent. What generally happens for Cousins when a talking point is shattered? Naysayers pivot to others like “QB Record,” “Super Bowls,” “Monday Night record,” or “Dink and Dunking.”

It is the treatment that mystifyingly follows Cousins and has done so since around the time the Washington Football Team was deciding to franchise-tag the quarterback or extend him.

The only way that anti-Cousins venom adds up is if the person delivering it carries a preordained disdain for the player. Another spicy dialogue that surrounds Cousins titles him an “8-8 quarterback.” Interestingly, a team quarterbacked by Cousins has never finished 8-8. He has led teams in six full seasons and never missed a game to injury. Not to mention – the “8-8 quarterback” designation blatantly disregards the performance of the other 52 men on a football team.

Cousins cannot be labeled a garbage-time savant when he thrives in close-game situations. The two realities are incongruent. What’s more, what should a quarterback do when his team is trailing by “16+ points” in the second half? Sit out? Explain to his team that he will not be joining the group for the second half? Sabotage himself with interceptions as to avoid a garbage time label?

No. The only thing he can do – if this garbage-time stuff matters at all – is succeed when games are outside of garbage-time parameters. That is what Cousins does, and it is flushed out in the numbers.

The only thing that I see Kirk having issues with is improvisation, if something goes off script he has no idea how to adjust, he freezes up and 2nd guesses himself. The great ones just analyse the situation and adapt instantly. I like Kirk, I like is toughness, I like his intelligence, I like his moral, just think he panics in unscripted situations.

In fact, if you are behind the D can pin its ears back, blitz. They know what you have to do. Pass. So passing it more difficult, not less. When behind, Cousins passes. Oh forever why would he do that? Because… those are the called plays and that is what you must do, under the worst and highest risk circumstances, to give your team a chance.

Under this metric, if Cousins did bad or worse in those circumstances, he would be a better less garbage time QB! Does that makes sense to anyone else on this planet?

Garbage time can be any time. Let me explain. If it is 3rd and 12 and you need, obviously, 12 yards and the D kows it so they are set to contest at 10 yards and beyond and then the QB throws, basically, an uncontested check down for 8 yards, THAT is garbage time. No matter the score. For the most part, we did not see that with Kirk, and less with him than most QBs.

People think they look smart if they twist and turn and contort to try to find a way to undue and deny Kirk’s great statistics. You, sir, have seen right through them!

Dustin, you are a loser bro. Your love for Kirk is ridiculous. The dude sucks plain and simple. What has he done?! He can’t win or carry a team when he has to. Pull up his stats against winning teams. Quit your job

Purple and Gold
Reply to  Donny

You were mentioned in the article.

[…] Kirk Cousins as a Garbage Time Specialist Is a Garbage Narrative […]