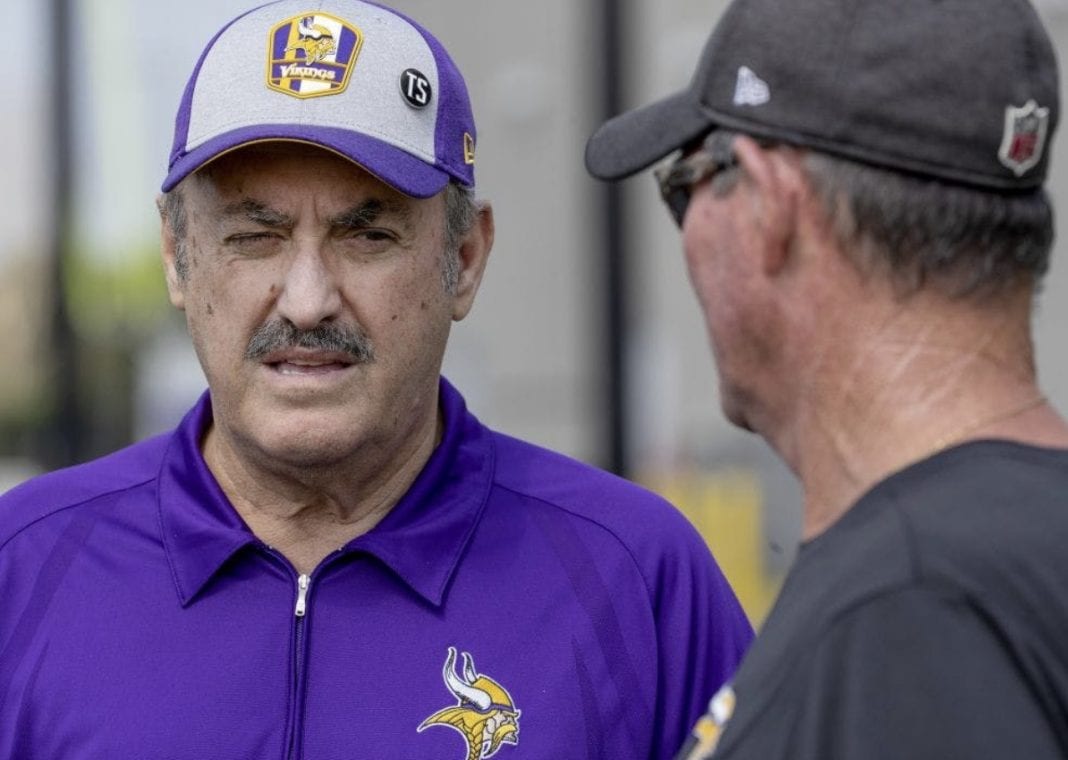 As the trade deadline approaches every team explores possible moves that could make the team better, or set them up to make splashes in the offseason. The Vikings are tight in cap space, but they could make a splash or two if they play their cards right.

Trading Xavier Rhodes should never cross the Vikings mind. Trae Waynes has never played at an elite level, and Mackensie Alexander hasn’t exactly picked up where he left off last season. Rhodes hasn’t turned in a poor season since 2016 and is still better than ninety percent of the NFL’s cornerbacks. Vikings up and comer Mike Hughes could eventually take Rhodes spot, but he’s a few years off being able to cover elite wide receivers.

Griffen renegotiated his contract which ensured both that he’d become a free agent next season and that he’d regain leverage in those contract talks. While this would seem like the perfect time to dump Everson off to a team looking for a one year stop gap, the grass isn’t always greener on the other side. Weatherly and Odenigbo are not ready to step in for Griffen, and it could drastically affect the defense.

Kyle Rudolph seems to be the most obvious choice for a trade given the drastic drop off in production he’s had thus far this season, but even with the return of David Morgan from injury this would still not be a good idea. Rudy has done what’s been asked of him and excelled at it. He has set his mind to becoming a better blocker and has had good success there as well. He’s also a good mentor to Irv Smith Jr. and could end up as a vital part of the passing game down the road, especially with Gary Kubiak (and company) at (or at least near) the helm.

Waynes has been the definition of average since entering the NFL. He has struggled at times covering an opposing team’s second and third options. While Rhodes is on the Vikings Waynes will never be CB1, and with the Rise of Hughes and Hill there’s a possibility he could slide down the depth chart. With all this consider Waynes could be moved and instantly become another team’s number one cornerback.

A trade for Trent Williams has been popular among Vikings fans since he started holding out. The Redskins lose more and more leverage with every passing day and they would be wise to move on from a player that has nothing to do with their organization. A popular trade scenario has been swapping left tackles and tossing in a second or third round pick, but given the fact that the Redskins are in rebuild mode, they most likely would not be willing to eat Riley Reiff’s  contract. Giving them Waynes as a piece of their rebuild, and including a mid-round pick should be enough to secure the services of the All-Pro tackle.

Last season Peterson’s name was a popular around this time. There was a question whether he wanted to play in Arizona, and now that the team is in full rebuild-mode they might want to cut ties with the 30 year old former pro bowler. He is due $12.05 mil next season,  but with only $700k in guarantees his deal can be extended into an extremely team friendly deal. This would give the Vikings a dynamic trio at corner and give them leverage when it’s time to move on from Xavier Rhodes.