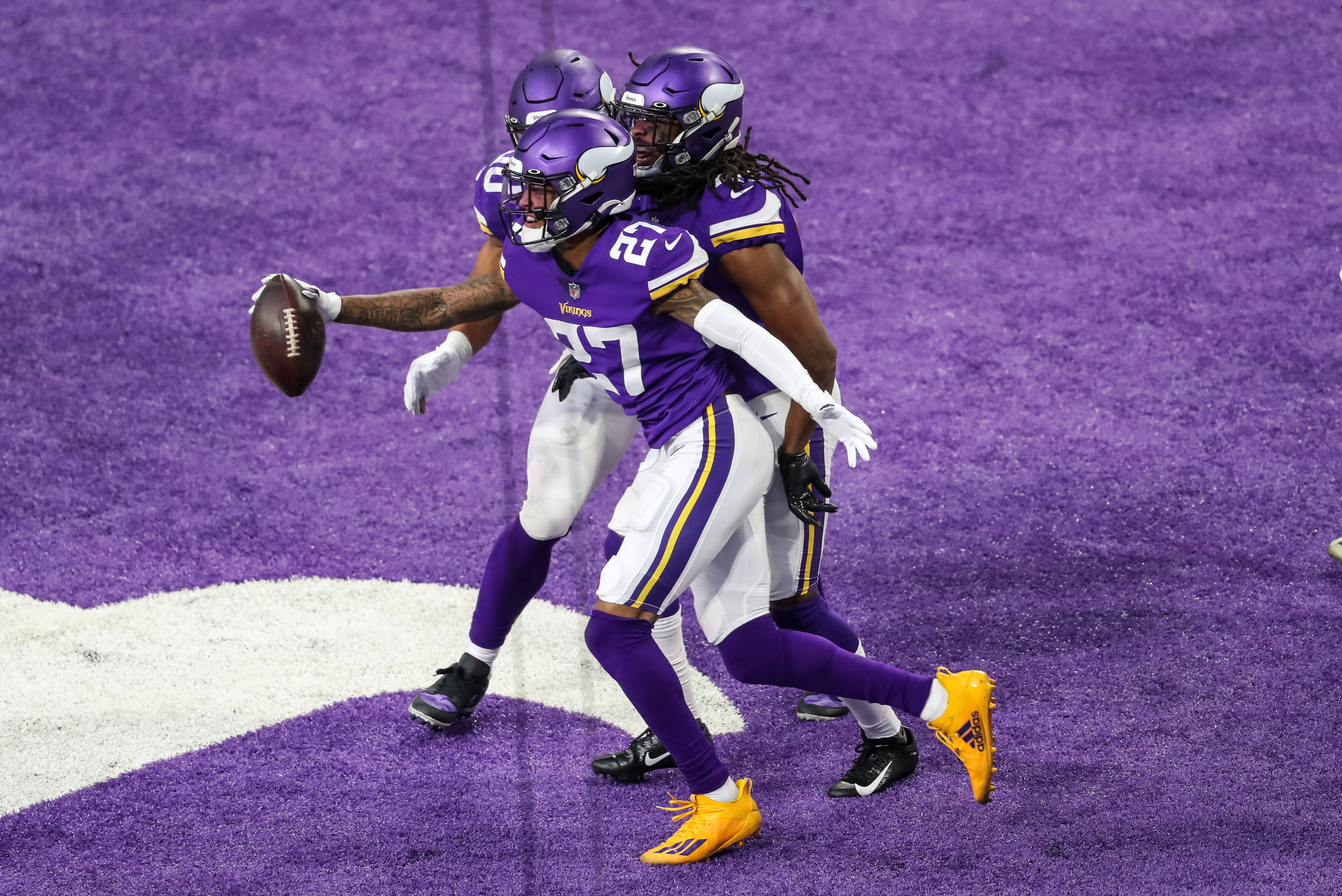 As hard as it is to believe, yesterday’s game offered plenty of positives.

Minnesota has a legit trio of wide receivers; K.J. Osborn has been fantastic. Danielle Hunter is back to his usually dominant self, as his 7-pressure, 3-sack performance demonstrates. Klint Kubiak called a much, much better game, one that relied more on Dalvin Cook to keep the Vikings’ offense balanced. Kirk Cousins was very good, the offensive line really stepped up, and Eric Kendricks did his thing.

An overlooked reason for optimism, though, is the performance of Cameron Dantlzer. He was in for 16 defensive snaps, finishing with a tackle and pass defended. That pass breakup came late in the game after Breeland went down. It was a clutch play.

Here’s what Zimmer had to say about his sophomore corner following the game: “Well, Dantzler practiced a lot better this week. I think maybe him being inactive last week made him understand he’s got to do better. It was good. He made a good play in the end zone, a third down play.” Zim went on to note a missed tackle and how Dantzler needs to “keep grinding.”

Dantzler wasn’t perfect, but he did some really good things in limited opportunity. Can the same be said for Bashaud Breeland?

So far, Breeland has shown he can be a positive player in run defense. Pass coverage, on the other hand, has been a complete disaster. Put simply, he’s given us no reason to assume he’s actually the best option for CB2. Now, I’m not suggesting that Breeland is totally done and should have no role on this squad. I’m merely pointing out that he’s been a clear weak point on our defense. Why not give Dantzler a shot?

The coaching staff, reasonably enough, won’t be making their decision on who starts at CB2 solely based on a handful of plays from the fourth quarter. Dantzler is going to need to show continued improvement throughout practice this week. If he does, it would be sensible to give him a chance against Seattle.

Seattle’s receiving corps will present similar issues as Arizona’s. D.K. Metcalf and Tyler Lockett are legit. Russell Wilson has the scrambling ability to create problems, just like Kyler Murray. The combination of elite receiver talent and a QB who can scramble makes coverage challenging. Even if the pass rush gets Wilson off his spot, he can still keep his eyes downfield as his receivers try to shake free. It’s a tough spot for the secondary to be in.

As most purple fans know, Dantzler played well last season. According to PFF, he was a low-end CB1, finishing the year 22nd in their rankings. He played particularly well toward the end of the year:

I know I’ve been somewhat negative about him, suggesting back in the summer that I was anticipating a sophomore slump. Nevertheless, I’ve also encouraged some patience with Dantzler, arguing that he’ll be fine in the end. Corners need resilience; you build resilience by working through periods of adversity, coming out stronger on the other side. Dantzler therefore has a chance to show that this past rough stretch will actually help him grow, making him a strong option for the Vikings moving forward (the talk of him being traded don’t make a lot of sense to me).

Seattle always seems to find a way to beat us in a heartbreaking manner. To avoid a similar fate, we’re going to need to get up big early. Rather than head into the final moments clinging to a narrow lead, let’s build up a double-digit lead and maintain it throughout the game. To do so, we’ll need our secondary to be better. We’ve had too many coverage breakdowns and mental lapses.

Putting Cameron Dantzler in as the CB2 may be a good place to start.